Seema Verma was reimbursed less than $3,000 after filing a claim that included $325 for stolen moisturizer 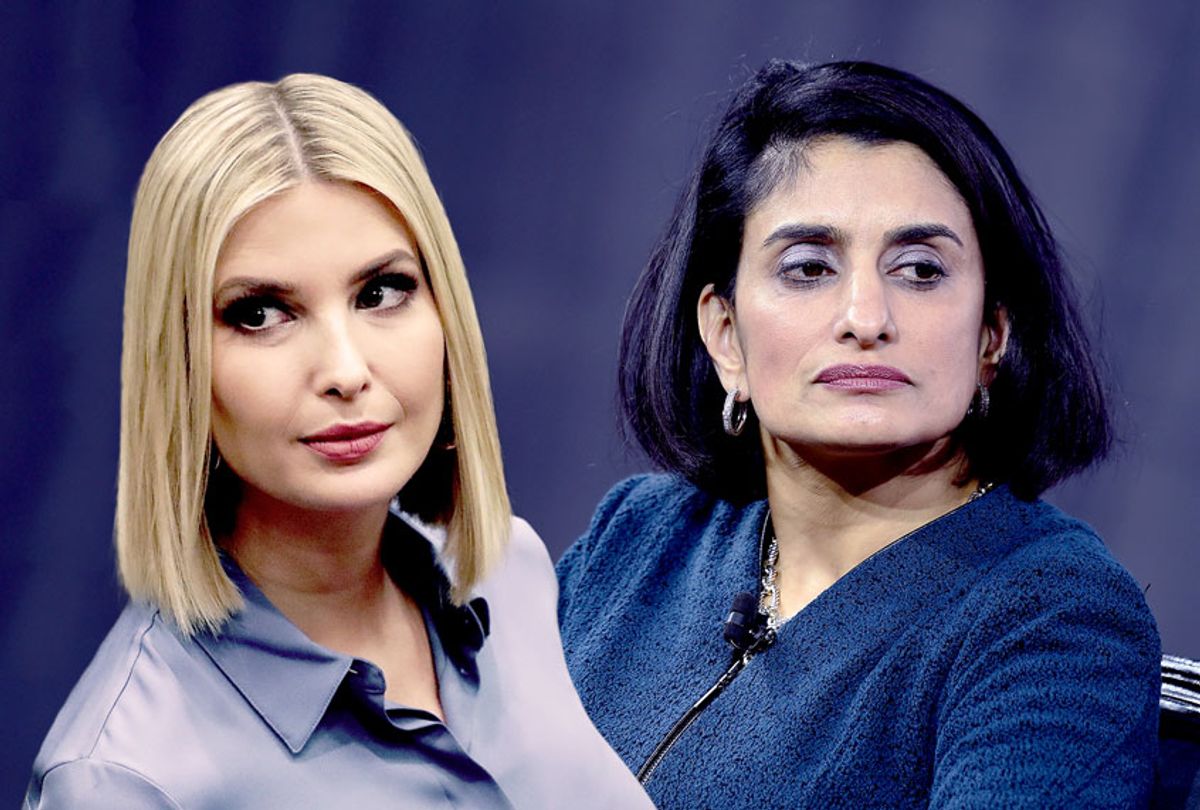 Seema Verma, the Trump appointee who runs the Centers for Medicare and Medicaid Services, wanted taxpayers to reimburse her $47,000 for stolen jewelry and other personal items before the department agreed to reimburse her for less than $3,000, Politico reports.

Verma, a former consultant to then-Indiana Gov. Mike Pence, filed a $47,000 claim after her bags were stolen during a work trip to San Francisco in August of 2018. Because the property where she gave a speech was not insured, Verma filed her claim to the Department of Health and Human Services.

Her claim included $43,065 for roughly two dozen pieces of jewelry, including $5,900 for an Ivanka Trump-branded gold, prasiolite and diamond pendant, which was reportedly appraised by a jeweler. Verma also reported 11 pairs of earrings, five necklaces and two other pendants stolen. The claim also included $2,000 for stolen clothes and $2,000 for other stolen items, including a $325 claim for moisturizer and a $349 claim for noise-canceling headphones, according to the report.

Verma initially told police that the cost of her stolen property was $20,000, per Politico, which obtained her claims through a Freedom of Information Act request.

The items were stolen while she was giving a speech condemning Medicare for All, which she claimed would destroy the existing Medicare system and lead to “Medicare for None.” Verma has also taken aim at the Medicaid program, announcing that her department would allow states to impose work requirements on recipients in 2017 to crack down on spending. The government spends just more than $5,700 per year per Medicaid recipient, less than the cost of her Ivanka pendant.

An HHS spokesperson told the outlet that the department “pays a discounted rate” on items lost during work trips, and that it’s “perfectly appropriate that the administrator filed a personal property loss claim." However, the department is banned from reimbursing staff for lost items like jewelry.

The department’s inspector general is investigating Verma's use of taxpayer funds after Politico reported in March that she had spent more than $2.25 million in taxpayer dollars on Republican consultants to write her speeches and boost her brand, even though CMS employs two dozen people who handle media and communications.

The department launched a probe into the spending after a group of Congressional Democrats wrote to the inspector general about the contracts, expressing dismay that taxpayer funds were spent for the “personal benefit of agency political leaders and their well-connected associates.”

Verma has also been locked in a feud with HHS Secretary Alex Azar, which devolved to the point that it required interventions from both President Donald Trump and Pence, according to Axios. She was reportedly upset that Azar killed the administration’s Obamacare replacement proposal after she spent six months on it and has complained about his “leadership style.” An internal investigation “also has raised questions about Verma's management style,” according to the outlet.

The feud escalated after Azar’s office blocked Verma’s choice to be chief of staff and chose a more experienced candidate, according to Axios. Verma told people that she could file a sex discrimination suit if her choice wasn’t hired, even though Azar’s office chose another woman. The department brought in outside counsel to investigate, but Verma refused to speak to the lawyers.

Investigator Heather Flick, a former HHS lawyer, concluded that there was “no evidence “ to suggest that anyone at HHS “discriminated against Ms. Verma because of her gender or otherwise created a hostile work environment at HHS,” according to Axios.

An earlier memo obtained by the outlet showed that Verma’s own leadership had raised complaints. Brian Colas, who stepped down as Verma’s chief of staff after only three months, said in the memo that he wanted to defend other staff members and himself, warning that Verma was “insecure” and “lashes out.”