Is it time to discuss taking Facebook out of private, for-profit hands? 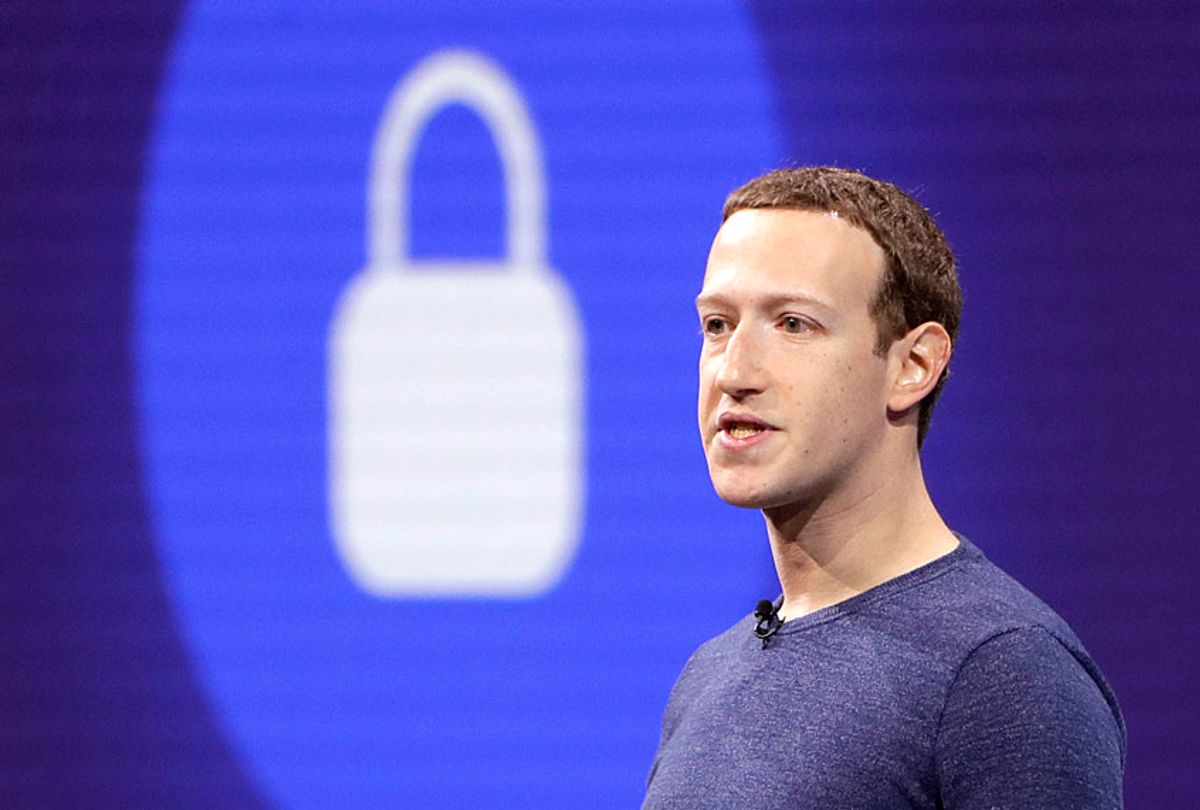 I was oblivious to the real significance of Facebook in everyday life until the company disabled my personal, private thomhartmann account. The list of “possible” reasons they posted for doing this included “impersonating a celebrity,” so maybe they shut me down because they thought I pretending to be that guy who’s a talk show host and author. (Facebook, if you’re reading this, I am that guy.)

It’s also possible somebody at Facebook took offense to my interviewing Judd Legum around that time about the groundbreaking research he’s been publishing over at popular.info pointing out the right-wing slant Facebook’s corporate management and founder have taken. Fact is, though, I have no idea why they did it.

When they first disabled my account and asked me to upload my driver’s license (which I did at least seven times over several weeks), I figured it was a mistake. Then, a month or two ago, they delivered the final verdict: I was out. I could “download” all my information if I wanted before they finally closed the door, but even when I tried to create a new account using my personal email address, they blocked my attempt saying that I already had a (disabled) account and thus couldn’t create another.

My first response was to say, on the air, the truth that I only checked Facebook once a week on average, and only followed close friends and my widely scattered relatives, having configured my personal account to be as private as possible. I figured I could do without knowing what my cousins’ kids, or my nieces and nephews, were up to; I could just call them or send them Christmas cards, after all. And the Salem International private group of international relief workers I was a member of could keep me up to date through our email listserv.

What I’ve discovered in the weeks since, particularly when one of my Salem friends in Germany was badly injured in a car accident last week, is that I was shockingly reliant on Facebook to keep in touch with family and friends. As the Joni Mitchell song goes, you don’t know what you’ve got till it’s gone.

Which raises for me the question—has Facebook gone from merely being a destination on the internet to something so interwoven in our lives that it should now be considered part of the commons and regulated as such?

Is it time to discuss taking Facebook out of private, for-profit hands?

Or, alternatively, is it time for the federal government to create a national town square, an everyperson’s civic center, to compete with it?

The history of Europe and the United States, particularly throughout the 19th century, often tells the story of how wealthy and powerful men would congregate in exclusive membership-only men’s clubs to determine the fate and future of governments, businesses, and even local communities. You’ll find them woven into much of the literature of that era, from Dickens to Doyle to Poe.

Because these clubs had strict membership requirements, they were often at the core of governmental and business power systems, helping maintain wealthy white male domination of society. The rules for both initial and continuing membership were typically developed and maintained by majority or even consensus agreement of their members, although the homogeneity of that membership pretty much insured that women, men of color, and men of “lower” social or economic status never had a say in public or private institutional governance.

Then, at the cusp of the 20th century, things changed.

The Panic of 1893 crashed over 600 banks, closed 16,000 businesses, and pushed one in five American workers out of a job. That, in turn, provoked a strong progressive backlash in the United States, including a celebration across the nation when, following the 1901 death of President McKinley, his vice president, Theodore Roosevelt, came out publicly as a progressive himself.

The first decade and a half of the 20th century saw an explosion of progressive reforms, best remembered as the time when Roosevelt and progressive Republican President Taft (who followed him) engaged in massive trust-busting, breaking up America’s biggest monopolies to make room for local, small, and medium-sized businesses to grow.

An often-overlooked phenomenon that also spread across the nation during that era was the creation of egalitarian, public civic centers, usually built and owned by local or regional governments.

While men’s clubs still were places where the brokers of great power and wealth could congregate and socialize (and still are today), these new publicly owned and open-to-all (or, until the 1960s, open-to-all-white-people) civic centers replaced the much smaller and less comfortable public parks and private pubs as places where average citizens could socialize, strategize, and form political movements at no cost.

Heavily used (along with public schools—many states passed laws authorizing their auditoriums to be used as civic centers) by progressive political movements like the suffragists, these public squares became an essential building block of movement politics.

Today, the public dialogues and even local or regional discussions about local and national politics have moved from the men’s clubs (1700-1900) to the civic centers (1901-1990s) to the internet. And the largest host of them is Facebook.

While Facebook is currently embroiled in a controversy over whether it’s wrong for it to allow Trump’s political advertising that contains naked lies, the debate over fully or partially nationalizing the platform has gotten much less coverage.

But it’s an important issue and deserves more attention. Facebook was so critical to Donald Trump’s 2016 election efforts, for example, that his Facebook manager, Brad Parscale, has been elevated to managing the entire Trump 2020 effort—again, with Facebook at the center of it.

The American Revolution would probably never have gotten off the ground were it not for public meeting places — the most famous being Sam Adams’ tavern. Similarly, churches open to the public (although privately owned but regulated on a nonprofit basis) were the core of the 20th century’s Civil Rights movement.

Facebook has, for millions, replaced these public places — from pubs to churches to civic centers — as a nexus for social, cultural and political interaction. As such, it’s come to resemble a public communications utility, a part of the natural commons.

When radio achieved the equivalent of four hours of “face time” a day for the average American, in 1927 and 1934 we passed comprehensive regulation of the industry to prevent the spread of disinformation and mandate responsible broadcasting practices.

Similarly, our nation’s telephone systems have been both nationalized (during World War I) and repeatedly heavily regulated since 1913 to ensure users’ privacy and prevent the exploitation of customers by “Ma Bell.”

Facebook has, for many Americans, become a primary source of news as well as a social, political, and civic activity center. It controls about a third of all web traffic.

If starting from scratch, it would be hard to imagine such a central nexus for such critical interactions without envisioning it as a natural commons, like a civic center or broadcasting service.

The company’s control of that commons in ways that invade Americans’ privacy and disrupt democracy have been so egregious that Senator Ron Wyden, one of America’s most outspoken digital privacy advocates, has openly speculated about sending Mark Zuckerberg to prison. As Senator Wyden and others point out, we regulate radio, TV and newspaper advertising; how did Facebook get a free pass when they have a larger “news” reach than any other medium?

One solution is to regulate Facebook like a public utility. Alternatively, the federal government could take majority ownership of the company — or fund an alternative to it — so it or the government version of it can be run not just to enrich executives and stockholders but, like the Ma Bell of old, to also serve the public good.

At least in the days of Ma Bell, I had access to a phone regardless of my politics, and the company couldn’t sell access to the contents of my phone calls.