"It’s a bunch of crap," Graham says of the alleged golden shower incident at the Ritz-Carlton in Moscow 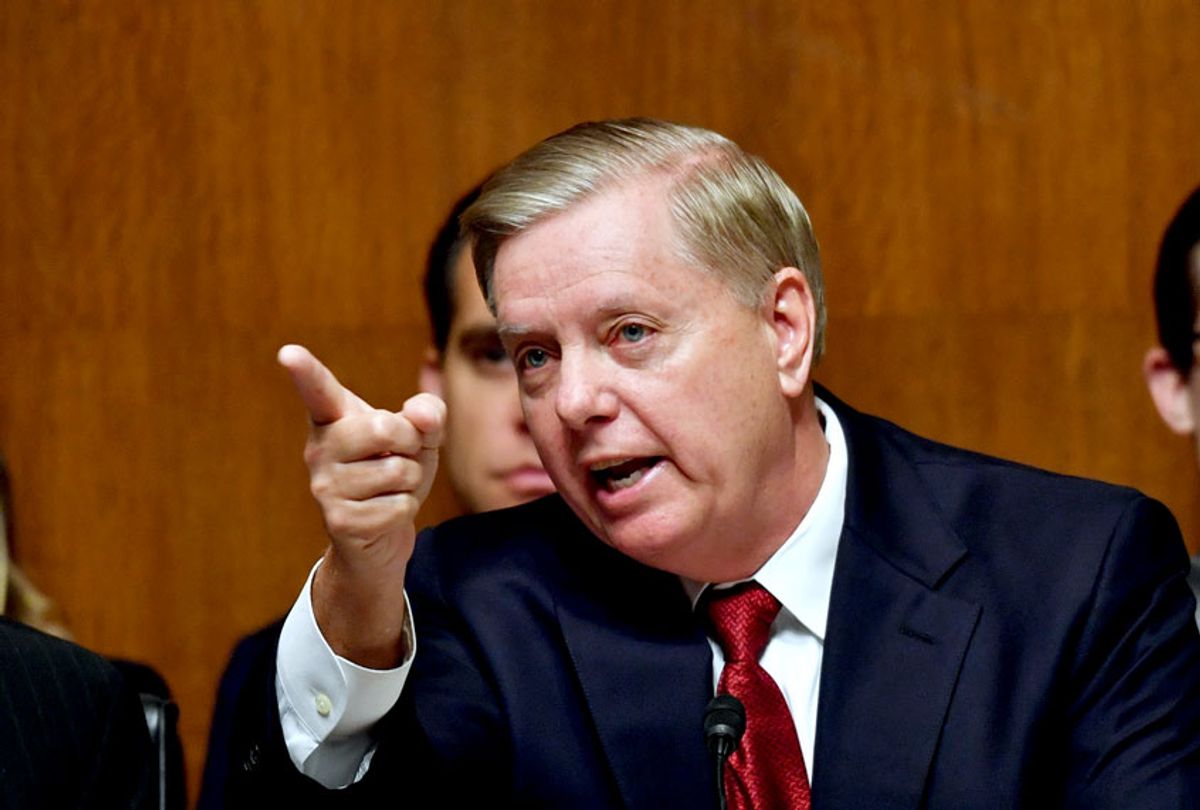 The South Carolina Republican delivered a lengthy opening statement before Justice Department inspector general Michael Horowitz testified on his investigative report on the origins of the Russia probe, and Graham made numerous false statements before bearing down on the dossier author.

“Christopher Steele went all over the United States trying to get media outlets to public this garbage,” Graham said. “The first thing is about the golden shower — about the sexual encounter that President Trump supposedly had in a Ritz-Carlton Hotel in Russia.”

"In December of 2016, John McCain goes to a national security conference in Canada. And somebody tells him about the Steele dossier, and it’s bad, and you need to know about it and it gets to John McCain,” Graham continued. “John McCain puts it in his safe. He gives it to me, and I read it. And the first thing I thought of was, ‘Oh, my god.'”

Graham suspected the dossier could be Russian disinformation, but he said he considered whether the claims might be true — before angrily denying them in the congressional hearing.

“If you read this document, the first thing you would think of is they got something on Donald Trump,” he said. “It is stunning, it is damning, it’s salacious and it’s a bunch of crap.”