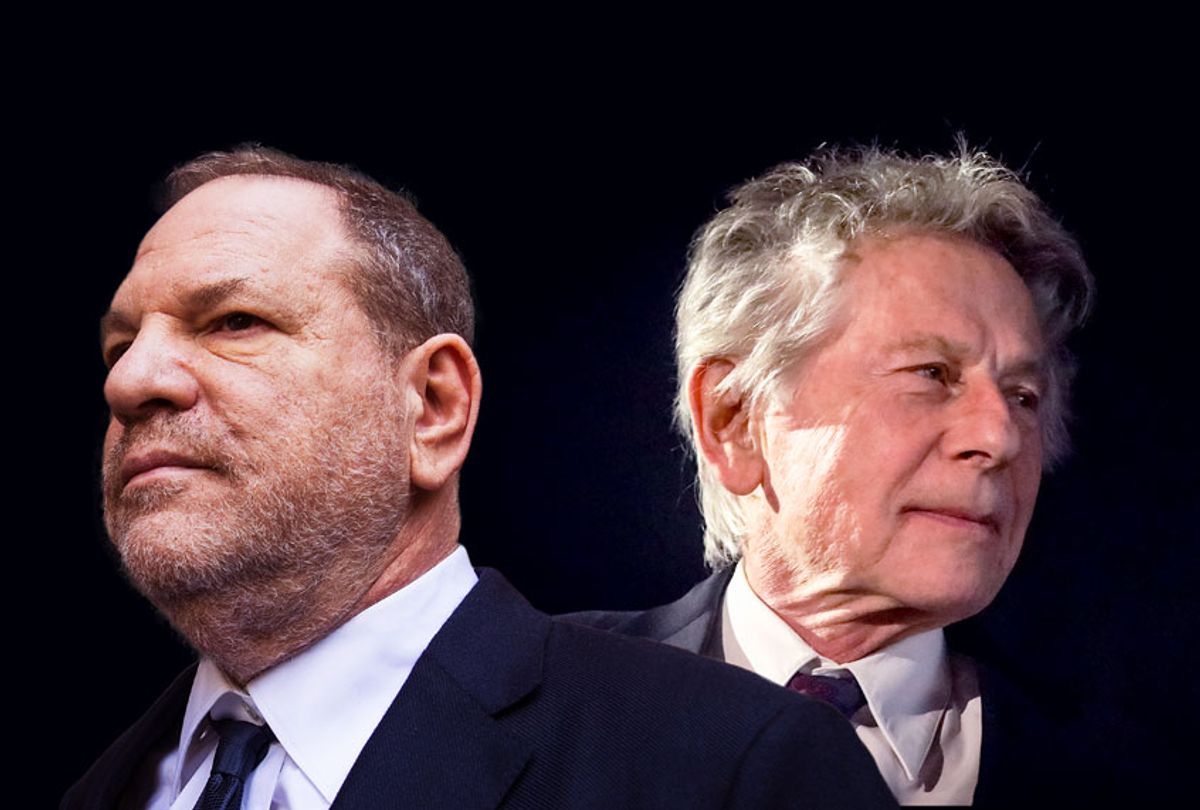 Director Roman Polanski – who has been a fugitive since fleeing the U.S. while awaiting sentencing on a sexual abuse case involving a 13-year-old girl –  is in the news again claiming he's the victim of the press . . .  and filmmaker Harvey Weinstein.

The "Chinatown" director told the French-language weekly news magazine Paris Match in an interview published on Wednesday that the media has been trying to make him out to be a “monster," fueled by a new rape accusation against him. He also claims that Weinstein – the disgraced movie mogul and accused serial rapist – didn't help his reputation in 2003 by branding Polanski a “child rapist” to stop him from winning an Oscar for the Holocaust movie “The Pianist.” Ultimately, the Weinstein-produced musical “Chicago” won six Academy Awards that year, including Best Picture, while Polanski won Best Director for “The Pianist” that year and  the film's star Adrien Brody won Best Actor.

“He unearthed my case with 26-year-old Samantha, which no one was interested in at the time, and his press officer was the first to call me a ‘child molester,’” Polanksi told Paris Match. Polanski had pleaded guilty in 1977 to unlawful sexual intercourse with a minor but fled the country a year later to avoid legal consequences that he felt were unjust. It was believed at the time that the judge handling the case, Lawrence Rittenband, was considering sentencing to Polanski to 50 years in prison, according to The Guardian. He had served 42 days in prison at that time.

When asked if he felt like a victim, Polanski said that “for years, they have been trying to make me a monster.”

This is not the first time that the director has characterized himself as the victim of the media. In press notes for his Dreyfus Affair drama “An Officer and a Spy,” Polanski was interviewed saying, “The way people see me, my ‘image,’ did indeed start to form with Sharon Tate’s death. When it happened, even though I was already going through a terrible time, the press got hold of the tragedy and, unsure of how to deal with it, covered it in the most despicable way, implying, among other things, that I was one of the people responsible for her murder, against a background of satanism.”

He added, “For [the press], my film ‘Rosemary’s Baby’ proved that I was in league with the devil! It lasted several months, until the police finally found the real killers, Charles Manson and his ‘family.’ All this still haunts me today. Anything and everything. It is like a snowball, each season adds another layer. Absurd stories by women I have never seen before in my life who accuse me of things which supposedly happened more than half a century ago.”

Among his many denials, in his interview with Paris Match, Polanski also denied the recent accusation by former model and actress Valentine Monnier, who says that Polanski beat and raped her in Gstaad in 1975 when she was 18.

“I obviously have no memory of what she's saying, since it's false,” Polanski said. After the reporter added that Monnier accused Polanski of beating her, he said, “No doubt the accusations of rape are no longer enough sensation. It was necessary to add a layer.” He later added, “I do not hit women.”