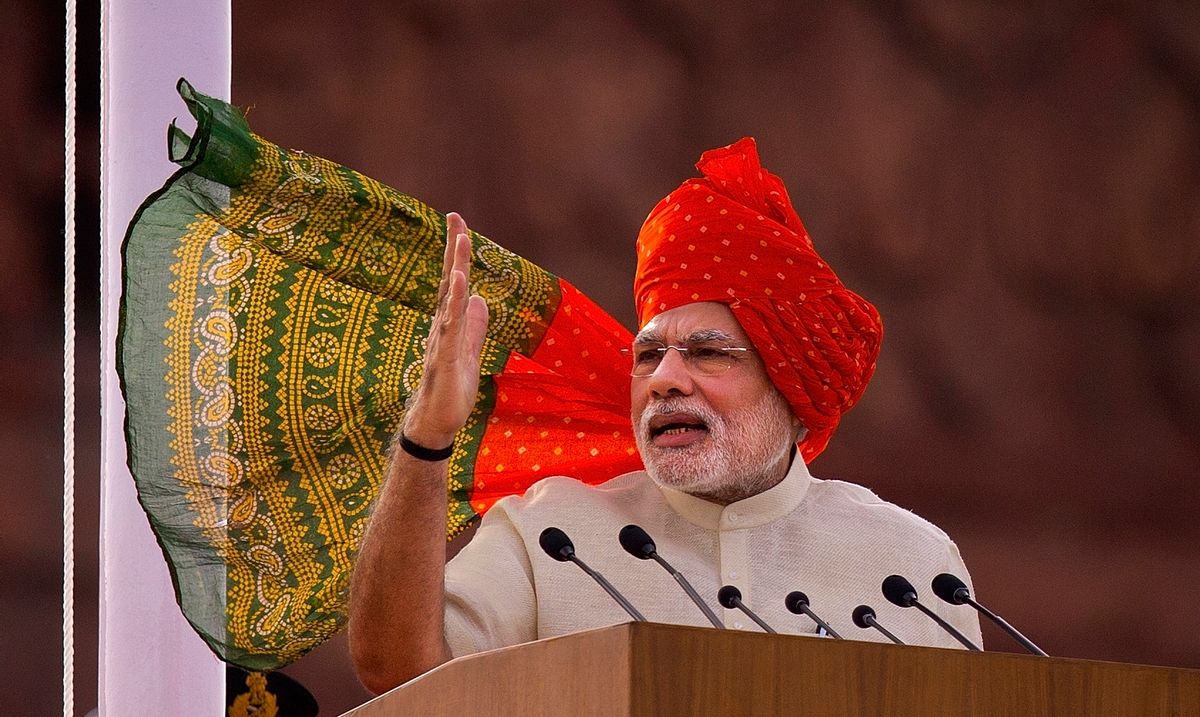 "We are now moving closer to Modi's dream of an India where a Muslim will have to walk the streets of his country with his gaze lowered, where democracy will be a privilege some can't participate in, and Hindu nationalism will replace secularism in this once-glorious republic," journalist Rana Ayyub wrote of the bill for The Washington Post Tuesday.

The bill disallows Muslims from applying to become naturalized citizens in the same manner as other religious groups in the country.

The measure would give migrants of all of South Asia's major religions a clear path to Indian citizenship—except Islam. It is the most significant move yet to profoundly alter India's secular nature enshrined by its founding leaders when the country gained independence in 1947.

Muslim Indians are deeply unsettled. They see the new measure, called the Citizenship Amendment Bill, as the first step by the governing party to make second-class citizens of India's 200 million Muslims, one of the largest Muslim populations in the world, and render many of them stateless.

If passed into law, the legislation, tweeted The New Yorker's Isaac Chotiner, "is likely to eventually lead to the deportation of Indian Muslims who have been in the country for decades or more."

News of the bill's passage was met with protest around India.

"Secularists warn this is a step by the fascist Hindutva movement to turn the republic into a theocracy," Norton added, referring to the extremist Hindu-supremacist ideology followed by Modi and his Bharatiya Janata Party (BJP).

"This is fascism," tweeted Saeed. "There is no other word for it. Hindutva is fascism."

A number of Modi critics have raised the alarm over the Indian government's moves in the past year to crack down on the country's marginalized communities. As Common Dreams reported in September, the Indian government is building detention camps in the northeastern state of Assam to house 1.9 million residents whose citzenship is already in question due to a different citizenship law, the National Register of Citizens.

Lawyer and writer Arjun Sethi on Twitter referred to the camps and other actions taken by Modi — like the invasion of and crackdown in Kashmir over the summer — on Tuesday and placed the passage of the Citizenship Amendment Bill in that context.

"Massive detention camps in Assam. Revocation of autonomy in Kashmir. Legal precedents like Ayodhya which embolden mob violence," Sethi said. "And now the Citizenship Amendment Bill which will block Muslims from becoming citizens."