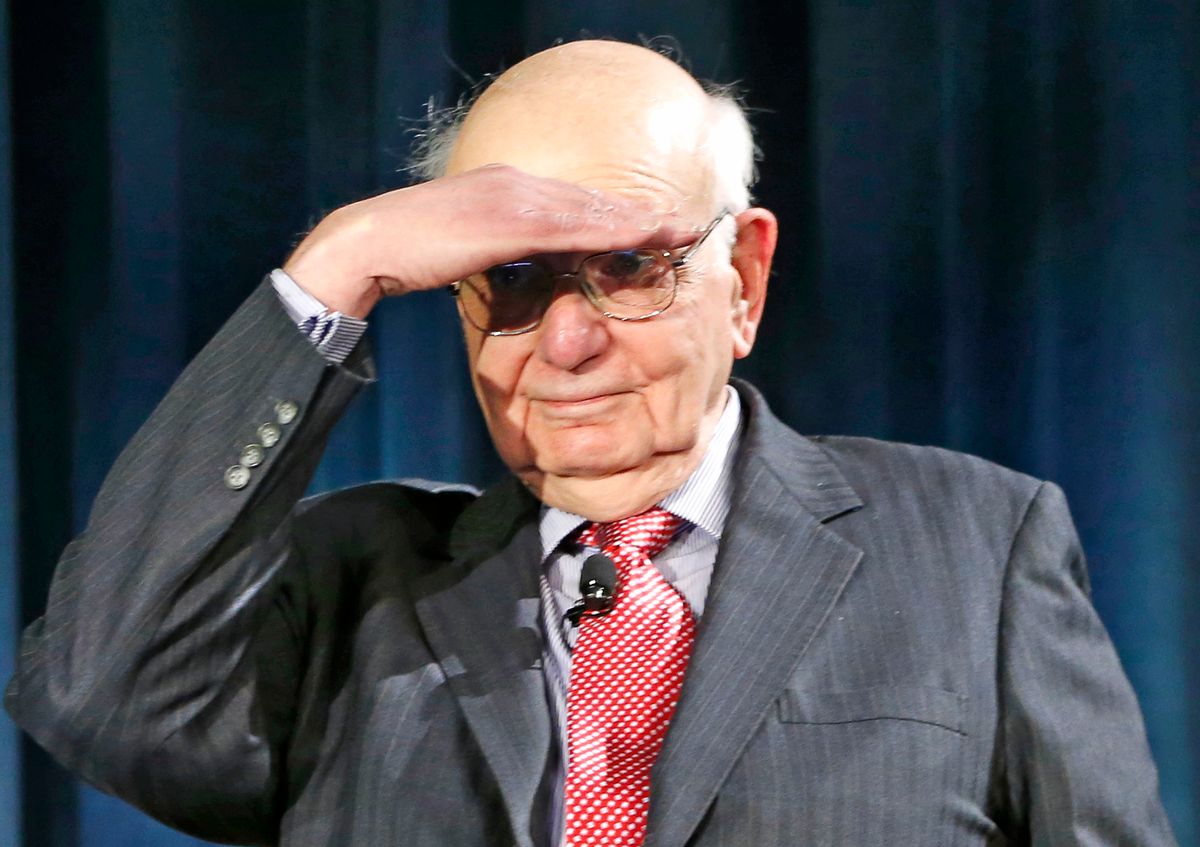 Paul Volcker, who died on Dec. 8, is the poster boy for central bank independence and why it matters.

One of his legacies, as you may have read in the many obituaries published since his death, is taming the runaway inflation that posed an existential threat to the U.S. economy in the late 1970s. Less discussed is just how important he was to establishing the principle of an independent Federal Reserve, which he led from 1979 to 1987.

As a graduate student in the early 1980s and as a researcher since then, I’ve conducted empirical research on how a firm, steady and independent hand at the helm of monetary policy has improved economic performance in the United States and elsewhere. Volcker’s chairmanship of the Fed provided me, and other economists, with a real-world example that backed up our theories.

At a time when the president is openly criticizing the central bank and demanding it lower interest rates ahead of his reelection bid, I believe remembering and reaffirming Volcker’s courageous legacy at the Fed is more important than ever.

To understand the stakes and the sea change that Volcker brought about, it’s helpful to recall the soaring inflation of the 1970s and what caused it.

Arthur Burns, who ran the Fed from 1970 to 1978, helped ignite the inflationary spiral with his efforts to help President Richard Nixon win reelection in 1972 by keeping interest rates low to supercharge the economy.

Like today, an economy that is already near full employment does not need another dose of monetary stimulus. In the 1970s, this ignited inflation. Once the fire starts, it is hard to put out. Inflation rose from 3.2% at the end of that year to over 11% by 1975.

High inflation randomly redistributes gains and losses throughout the economy and, in so doing, makes the economy more ragged and less efficient. The uncertainty of volatile prices threw people’s plans for saving and spending into disarray. The only certainty was uncertainty.

Burns was ousted in 1978, but his replacement was also unwilling to aggressively combat the rising pace of inflation. And so by the time Volcker became Fed chairman in August 1979, inflation continued to accelerate, eventually peaking at over 13% in 1980.

To combat this, Volcker steered the Fed toward an aggressive series of interest rate hikes — harsh medicine that plunged the economy into what was then the deepest recession since the 1930s. The Federal Reserve set interest rates a hair’s breadth below 20% at the end of 1980.

This steadfast commitment made Volcker the target of opprobrium by politicians — one who accused him of “legalizing usury beyond any limits imaginable” — and the public alike.

In protest of the pain his policies were causing, home builders sent unused two-by-fours to the Fed in Washington, D.C., auto dealers mailed keys to the cars they couldn’t sell and farmers drove tractors around the bank’s headquarters.

And just like Burns under Nixon, Volcker faced pressure from the White House. In a secret 1984 meeting Volcker recounts in a biography published in 2018, he wrote that President Ronald Reagan’s chief of staff ordered him not to raise rates until after the 1984 election.

Ultimately, Volcker’s policy broke the back of inflation, not least by demonstrating that the Fed was, finally, serious about fighting this war. Inflation plunged to below 4% in 1983, and interest rates eventually followed. This laid the groundwork for an economic recovery that lasted until July 1990.

Inflation has remained tame ever since.

Just as we want our judges to make decisions based on the law, not politics, we need our central bankers to steer the economy free of political pressures.

A few months ago, Volcker joined the other four living former heads of the Federal Reserve in arguing this point forcefully.

But this lesson seems to have been lost on the current president, who has relentlessly and very publicly attacked the Fed and current Chair Jerome Powell. And in an echo of the 1970s, President Donald Trump is urging large interest rate cuts that he hopes will drive up growth rates. This could, however, destablize the U.S. economy in the long run.

So let’s remember Volcker as the “knight who killed inflation,” but I also hope the tremendous value of an independent central bank becomes a part of his lasting legacy.