Press Watch: Democrats who are undecided on impeachment aren't "moderates." They're hacks 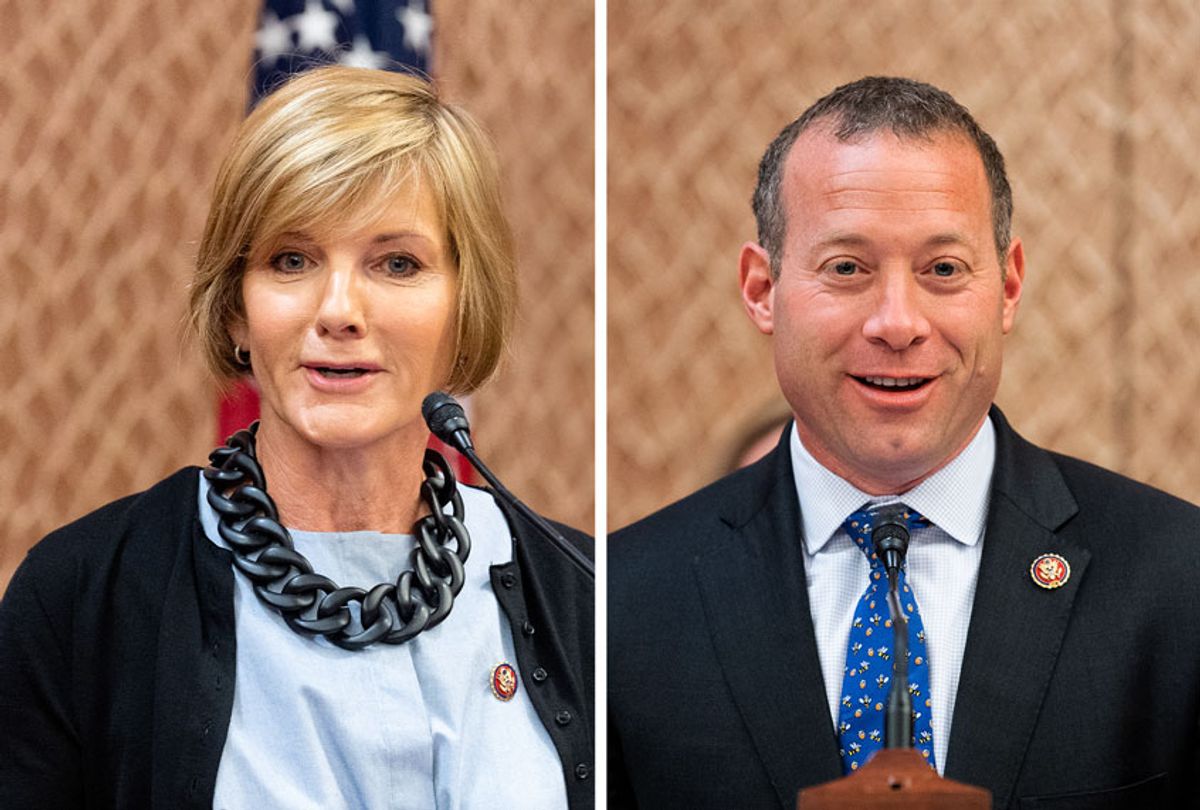 What can we conclude about those few Democratic congressional representatives who claim they haven’t decided yet how to vote on impeachment?

We can conclude that they lack consistent principles.

We can therefore conclude that they are instead making up their minds based on something else entirely.

And we can easily conclude what that is: They are basing their votes on what they think they need to do to win re-election. They are not looking into their souls. They are sticking a finger up into the wind.

Republican members of Congress at least have an intellectually consistent reason to vote against impeachment: They have chosen to throw in their lot with Trump, quite literally no matter what.

Or, if you are a member of the elite political press, you could call them “moderates” and “centrists.”

The lead story on the Washington Post website Thursday morning — “House Democrats brace for some defections among moderates on impeachment of Trump” — does so many things wrong it’s really worth examining at some length.

Congressional reporters Rachael Bade and Mike DeBonis celebrate these potential defectors as “centrists” and “moderates,” while at the same time concluding with complete, omniscient certainty that their decision-making process has everything to do with political calculation and nothing to do with what they actually believe.

In fact, the nicest thing you could reasonably call these particular Democrats is "pragmatic," but there’s no reason to believe — and in fact there are plenty of examples to the contrary — that abandoning principles makes candidates more electable.

Bade and DeBonis write that “a core group of centrists from districts Trump won in 2016 are having second thoughts” — but not for a moment do they pretend those second thoughts have anything to do with evidence or principle:

While many knew impeachment would never be popular in their GOP-leaning districts, some have been surprised that support hasn’t increased despite negative testimony about Trump from a series of blockbuster hearings last month.

Several moderates have privately pined for other options, including a censure vote they know they’re unlikely to get. Others have even considered what one moderate called “splitting the baby”: backing one article of impeachment but not the other to try to show independence from the party.

None of that carries any form of attribution — it is some combination of the reporters’ own conclusions and, presumably, off-the-record honesty from the vacillators themselves.

In fact, the on-the-record quotes completely belie the reporters’ conclusions, but are included anyway, I guess on the assumption that the readers will see right through them:

“As soon as they’re formally adopted, I’ll make a decision,” said Rep. Josh Gottheimer (D-N.J.), another centrist Democrat who attended a session Monday night in which moderates discussed their concerns. “I’ve said all along, I need to see all the facts. I’m not going to prejudge anything until we get every bit of information.”

Where do political reporters get the impression that it is perfectly reasonable and in fact admirable to base hugely important decisions like this on how it will play in the next election? As it happens, that’s precisely the view of Democratic leadership as well. As Bade and DeBonis note, Democratic leaders “don’t intend to whip the impeachment vote, allowing each member to make his or her own personal choice.”

The Post reporters then game this all out, once again taking as gospel the entirely speculative proposition that abandoning principles is good politics:

[T]he more votes Pelosi loses, the more Republicans will push a narrative of Democrats divided. Indeed, Republicans, who are increasingly confident they won’t lose any members, say they’re planning to highlight any increase in the number of Democratic defections as evidence of a weak case for removing Trump.

That might hurt Democrats in the short term, but in the long run it could pay dividends, boosting moderates in battleground districts ahead of their 2020 reelections.

It’s only as an afterthought that the reporters acknowledge that for some members of Congress, even in swing districts, principles still might play a role in their decision-making. They quote Rep. Susan Wild, D-Pa., who flipped a GOP-held Pennsylvania district and plans to vote for both articles:

“I know from my own inbox that there’s plenty of antagonism out there, but on the other hand I’ve also gotten enormous numbers of people texting me, emailing me, private messaging me with supportive messages,” Wild said. “I don’t really know how it plays back home at this point, so ultimately, for me, it comes down to doing the right thing, and I think this is the right thing to do.”

Look, obviously it’s more than a bit naïve to think that nakedly political considerations are ever entirely irrelevant to people facing reelection every two years. But it’s cynical even by my standards to assume that it’s the only thing that matters.

It’s also stupid to assume anyone can really predict how things will play out. I would argue that the Democratic pseudo-pragmatism embodied by folks like Rahm Emanuel routinely backfires spectacularly. And — surprise! — its most passionate supporters are often Republicans.

Plus, it can be a bad look.

Or, even more pithily, from the former deputy chief of staff to longtime Senate Majority Leader Harry Reid:

Politico reporters Sarah Ferris and Melanie Zanona wrote on Tuesday that some of the “vulnerable House Democrats” were, in an obvious desperation move, “floating the longshot idea of censuring President Donald Trump instead of impeaching him.”

“That’s just frankly one of the dumbest ideas I’ve heard in a long, long time,” Huffman said. “If this were a president lying about a blow job, that’s a censure issue. This is a president fundamentally misusing his office and obstructing Congress, involving our national security and the integrity of our democracy. If you can’t move to impeachment on something like this, frankly, we just shouldn’t take your ideas seriously.”

As Fuller and Delaney explained:

For most Democrats, part of the problem with censuring Trump instead of impeaching him is it fundamentally undermines their messaging. Democrats want to convey that this is a solemn process, one devoid of politics, and that they’re impeaching Trump because his behavior goes far beyond what is acceptable.

By suggesting a lesser course, these moderate Democrats undercut that message. They’re signaling that Trump’s actions don’t rise to that level — and it’s hard to miss their own political calculus in doing so.

Politics, not the facts surrounding this impeachment case, seem to be their primary concern ― something Democrats from safer seats seemed to recognize Tuesday.

“Based on the evidence, I think the president should be impeached,” Rules Chairman Jim McGovern (D-Mass.) said. “I mean, if this doesn’t rise to the level of impeachment, I  don’t know what does. This is beyond the pale.”