Despite Republican claims, Ukraine still has not received all of the aid blocked by Trump: report

“All we are asking from our colleagues in the U.S. administration is fair treatment,” a top Ukrainian official says 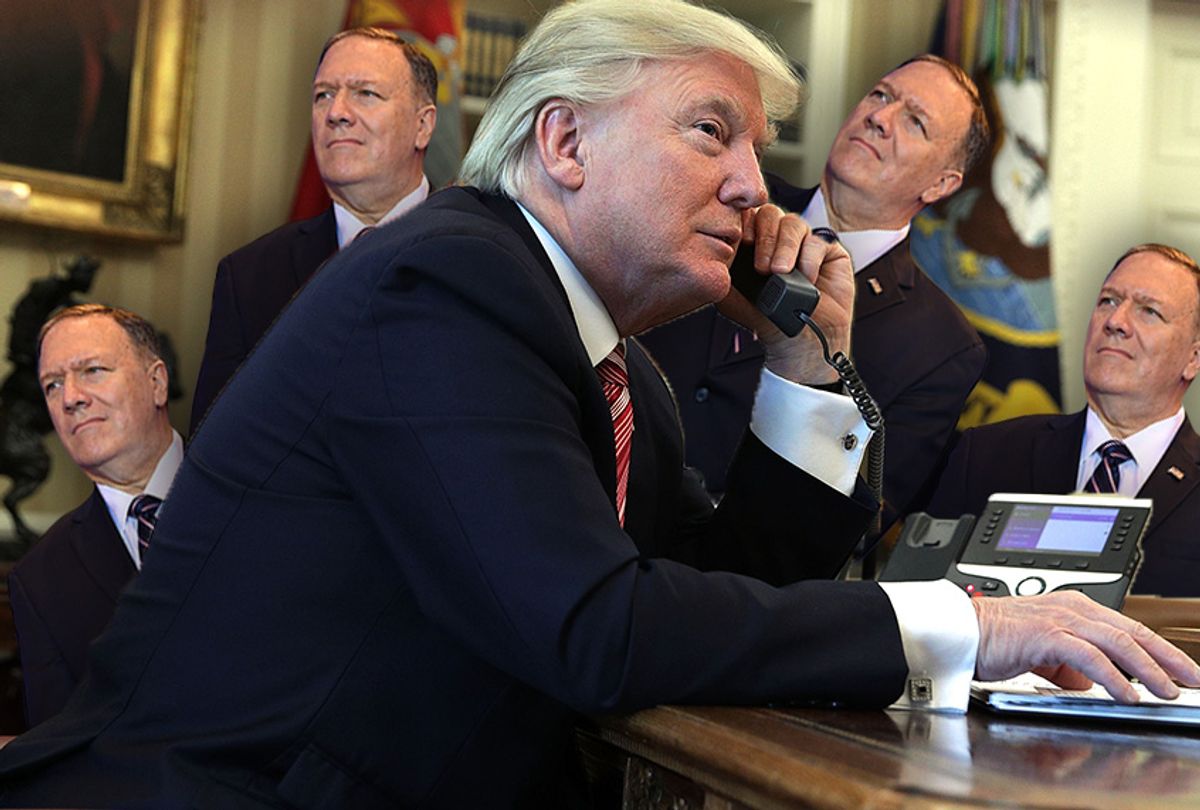 Ukraine has reportedly still not received a portion of the military aid blocked by the Trump administration and continues to seek a White House meeting with the president, despite claims otherwise.

Some Republicans at the House impeachment hearings have echoed President Donald Trump’s defense, claiming that since the president eventually released the military aid and met with his Ukrainian counterpart, there could not have been an illegal quid pro quo for the public announcement of investigations Trump sought into his political rivals.

But more than $20 million of the $250 million in aid that the Pentagon was supposed to send to Ukraine remains in U.S. accounts, The Los Angeles Times reports. And Ukraine is still seeking a White House meeting for Ukrainian President Volodymyr Zelensky, Ukrainian Deputy Prime Minister Dmytro Kuleba told reporters Friday.

“They got the money on Sept. 11,” Rep. Jim Jordan, R-Ohio, claimed at Thursday’s Judiciary Committee hearing. “That’s what happened. You can make up all the things you want, but those are not the facts.”

But Pentagon and Senate aides told The Los Angeles Times that Ukraine continues to wait on tens of millions in military aid.

“We still don’t have a clear understanding of why this is taking so long,” one Senate aide told The Times.

Pentagon spokesperson Lt. Col. Carla Gleason told the outlet that the aid was delayed due to requirements in the law which gave the Department of Defense an extension on doling it out. Gleason claimed that the delay was caused by the need to “reach out to prospective vendors to obtain pricing data.” But Senate aides told The Times that the “law contained no such requirements.”

Trump ordered a freeze on nearly $400 million in aid to Ukraine in total. Multiple White House budget officials quit in protest of the aid freeze, arguing that it was illegal.

Republicans claimed during impeachment hearings that the aid was held up in order to ensure that Zelensky would go after corruption in the country.

“There was a concern whether Mr. Zelensky was the real deal,” Rep. Andy Biggs, R-Ariz., said  Thursday. But the Pentagon certified to Congress back in May that Ukraine had made progress on corruption a month after Zelensky’s election win.

Republicans have also claimed that Ukraine received the long-sought White House meeting with Trump, which multiple administration officials testified was crucial to building the credibility of the recently-elected Zelensky.

“They got the meeting on Sept. 25,” Jordan also claimed on Monday.

But that was not the White House meeting that Ukraine had been seeking. Though Trump met with Zelensky on the sidelines of the U.N. General Assembly in New York, Ukrainian officials continue to work on setting up a White House meeting with the president.

Kuleba, the Ukrainian deputy prime minister, said that Trump offered Zelensky a meeting in Washington “in the immediate aftermath of the elections,” but that meeting has yet to materialize “through diplomatic channels.”

Olena Zerkal, Zelensky’s former deputy foreign minister, acknowledged to the outlet that relations between the U.S. and Ukraine were “not in good shape," in spite of Trump’s insistence that he has been better for Ukraine than his predecessors.

“All we are asking from our colleagues in the U.S. administration is fair treatment,” Kuleba told The Times. “We don’t want to be shamed and blamed.”