Big Bird was my pen pal: Here's what I learned from Caroll Spinney

I was a bookish middle schooler visiting the set of "Sesame Street." I didn't expect to befriend one of its stars 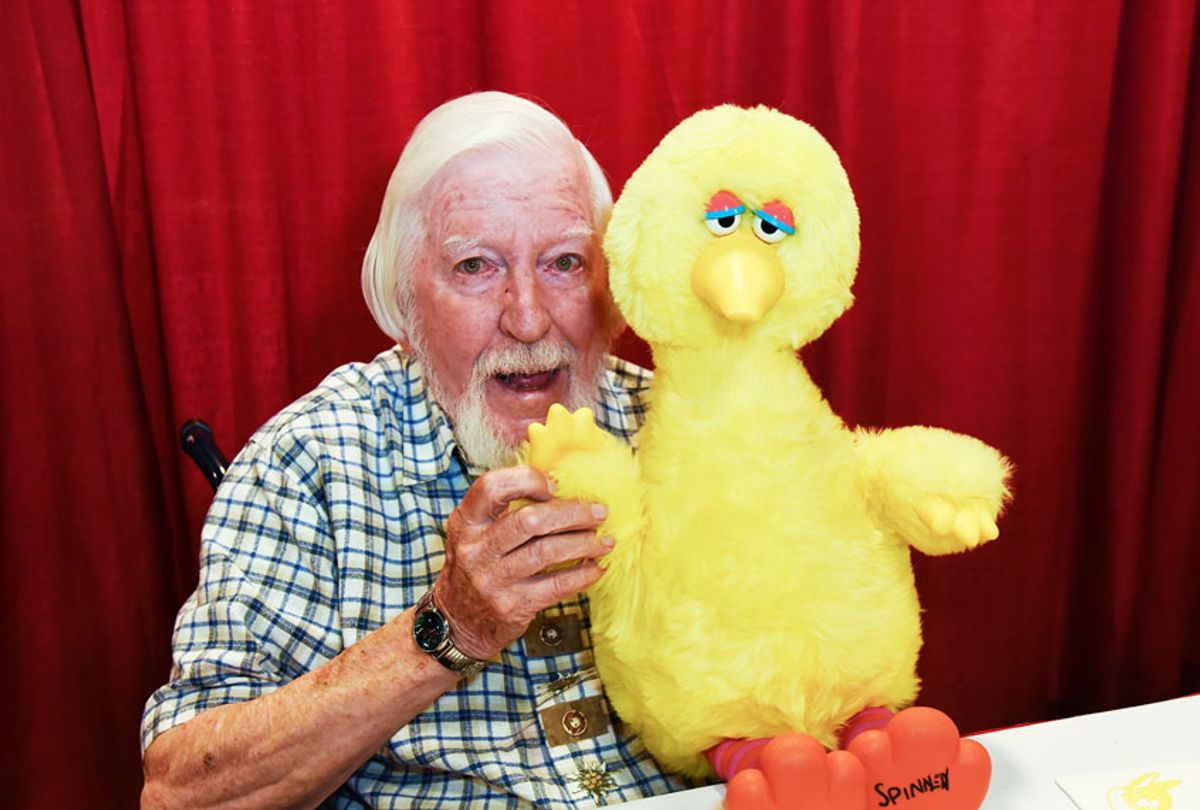 When I was a kid living in New York, my father worked with the husband of an assistant producer at “Sesame Street.” As a scrawny, bookish and misfit middle-schooler, I was always the last picked for the team but equally first to talk someone’s ear off when it came to film production, special effects, storytelling, fantasy, sci-fi and the like. My heroes were giants like George Lucas, Steven Spielberg, Walt Disney and, of course, Jim Henson.

Knowing my obsession, if perhaps not understanding it, my father, in what was in retrospect a pretty gutsy move, asked his co-worker if we, a middle-class family from the suburbs with no particular importance or industry connections, might perhaps tour the set of “Sesame Street” during a taping. Looking back, I can see how my eagerness to visit a show made for preschoolers didn’t do much for my cool factor (in minuscule supply already). In my mind, though, this was an opportunity to get closer to the kinds of things I wanted to eventually create, a chance to close the chasm between my restless imagination and the merciless reality of junior high. This was my destiny.

After a train ride made twice as long due to anticipation, we arrived at the “Sesame Street” soundstage in Queens. Though it had been almost a decade since I had watched the show routinely, I could have walked the set blindfolded. There were the familiar steps outside Building 123, Mr. Hooper’s store, the playground, and Oscar’s trashcan — all landmarks I had once observed in miniature form, preserved exactly as I remembered them. And of course, there was Big Bird’s nest.

As if showing up on cue, Caroll Spinney came out and greeted us in front of his iconic set piece. His silver bowl cut, which provided a remnant of boyhood, along with his trimmed matching goatee were so uniquely identifying it almost took my eyes off the giant foam bird feet he wore in preparation for shooting.

What happened next none of us expected. Instead of a quick “nice-to-see-you” and “thanks-for-coming,” he spoke with me for hours in between multiple takes, patiently answering each of my questions about how things were made or what it was like to work with so and so. He was one of the kindest grownups I’d come into contact with up to that point.

It’s easy, if not customary, for adults to act warmly towards an infant, a toddler, or even a high-schooler who is seriously considering what to do with his or her life, but to engage the model adolescent male for more than one or two minutes is admittedly like volunteering for an awkward, smelly, mutating science experiment. Caroll not only did that, he reflected back the same curiosity and care I approached him with.

Caroll told me about all the times he failed at creative work before landing a gig with The Muppets. As he signed the souvenirs I’d brought with me — a vinyl pressing of “The Best of Big Bird” album and a book, “Jim Henson: The Works — The Art, the Magic, the Imagination” — he added some doodles. When I made a comment about how good they were, he casually mentioned how years before “Sesame Street,” he wanted to be an animator and had applied to work for Walt Disney, who turned him down.

He told me about how he met Jim, who believed in him when he didn’t even believe in himself. We talked about how hard it was for both of us when he died.

After our visit, the two of us became pen pals, exchanging notes and drawings back and forth over the next year. Caroll was as dedicated to responding as I was. Not one of his notes ever felt phoned in or like a reworked boilerplate. They were all handwritten bursts of encouragement traveling to me at moments I needed them most.

Years later as an adult, I watched the documentary “I Am Big Bird,” kickstarted by Dave LaMattina and Chad Walker. In it Caroll unveiled a new layer, speaking candidly about his childhood trauma, about feeling like a misfit himself and the extent to which he was bullied for not fitting in. I remembered that feeling well. At more than double the age I was when I first met him, Caroll still found ways to relate to me through his vulnerability.

As I reflect on Caroll’s life and passing, his collection of false starts, failures, and homecomings, the “crooked timber of his humanity” as Kant put it, I’m left with one nagging question: Why? Why would a 60-something-year-old man in an uncomfortable foam suit and ailing back stick around for more than a minute or two — just long enough to sign an autograph and pat my head, perhaps — to connect with a motormouth kid like me? He’d achieved his success, accumulated some wealth I’m sure, and made television a little brighter by doing it. For that matter, why did he continue playing Big Bird? Why not retire early and pass the gig on to the next guy more than willing to fill his successful wings?

In this current climate, where power is quick to be weaponized, perpetually abused and left unchecked, where we cling closer to our respective poles only to watch them melt in front of us, it’s easier than ever for me to burrow under a blanket of cynicism, to walk around with my arms folded, aggravated and disappointed by grownups and bullies alike. I’m more like Oscar the Grouch, Spinney’s other famous role, than the oversized yellow perpetual six-year-old exuding an increasingly rare elixir of sincerity and curiosity.

That’s precisely why Caroll’s memory is so important — his life and his work is a reminder that, even in a culture surrounded entirely by thousands of tiny sparkling screens on which anyone can now be a performer, it’s possible to believe the things you rehearse for an audience, to not just talk about kindness but to practice it when it costs you nothing. It’s a choice we get to make in the present tense, to be sincere and curious adults, long after the six-year-old is bullied out of us.

It would be tempting to look at Caroll’s death as a sort of sign of the times, a marker that the clouds are getting darker and more ominous, unable to be swept away. We may not live in the simple sunny days of “Sesame Street” anymore. We may turn on our TV screens to see our president mocking a child or families being ripped from each other’s arms. It may seem like the entire universe is tilting in favor toward the bullies with nothing strong enough to pull it back.

But I’m not convinced. It’s not because I’m living in some kind of retro-utopian past where primitive foam Muppets reign supreme and aren’t replaced yet by cheap animation or YouTube unboxing videos. It’s because all of us who watched Caroll perform as children know he raised us better than that.

We know that human decency is neither analog or digital, but abundantly available and unconstrained by time or trend. I was privileged to see this truth displayed up close by a slight man playing a giant bird, but anyone with access to public television during their most formative years witnessed it as well. And from my experience, there wasn’t any difference between the two.

If we’re still enough for a moment, we can opt to remember a bright voice calling us from an outdated aspect ratio, a wide-eyed feathery child’s soul that lives on and roams for miles, haunting us to choose sincerity, curiosity, and kindness when no one else is looking … except maybe Caroll.

CJ Casciotta is the author of "Get Weird: Discover the Surprising Secret to Making a Difference" and the creator of Ringbeller: videos that teach kids creativity and kindness. Follow him: @cjcasciotta.