Why "Sesame Street" was always my street 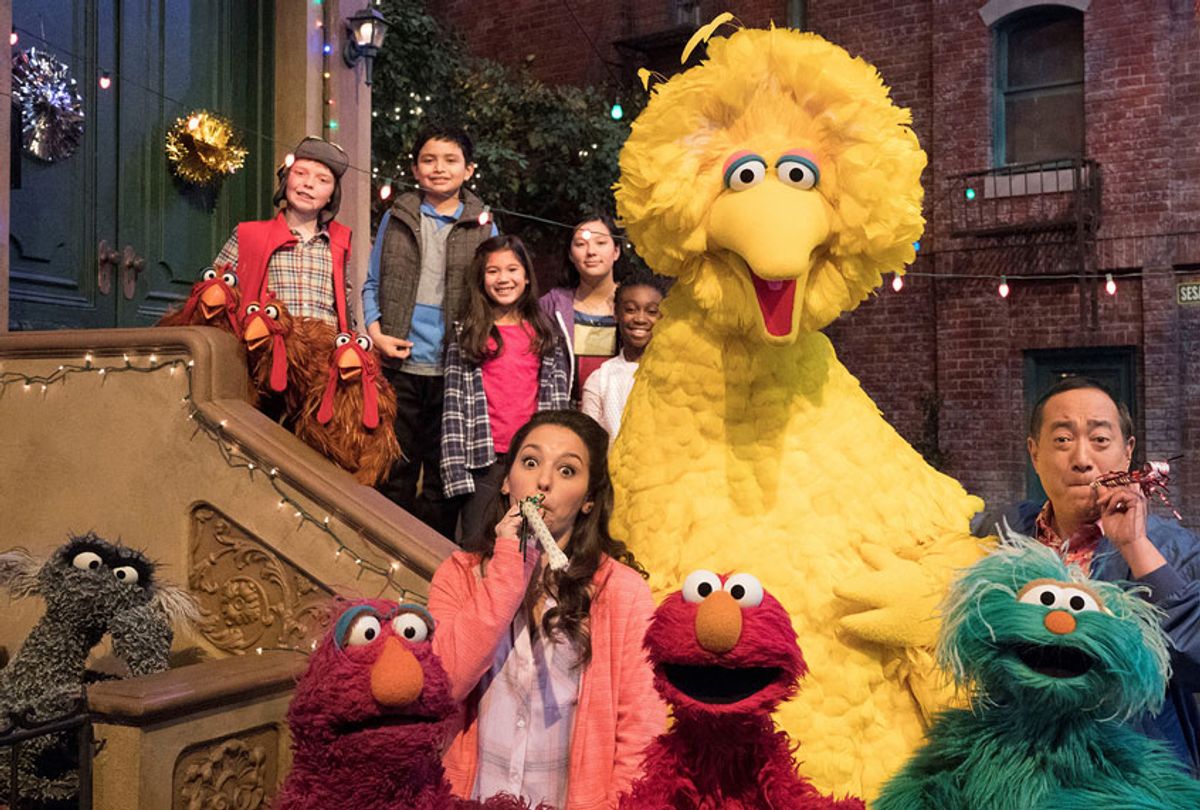 It might be a strange thing to say about a show that featured trash monsters and talking frogs, but what I always loved best about “Sesame Street” was how realistic it felt. As the show celebrates its 50th birthday, it’s still the thing I treasure about it most.

As a little girl growing up in the '70s, I vastly preferred nighttime television to the stuff I watched while eating my morning Froot Loops. There were exceptions, of course, like the hypnotically wonderful “Mister Rogers’ Neighborhood” and “Electric Company.” But I most loved “The Jeffersons,” “The Odd Couple” and “The Mary Tyler Moore Show,” series that established their urban settings right from the opening credits. In contrast, the shows for children mostly took place in the vaguely nightmarish world of Sid and Marty Krofft. Or, even stranger for a kid like me, the suburbs.

No matter how farfetched the stories, the baseline reality of children's television was that families lived with their moms and dads and siblings in places with front lawns and garages. (And sometimes spaceships.) But I was the only child of a single mother, living in a Jersey City building attached to another building, on a street where people sat out on their steps in the summertime. Watching other kids skipping around on concrete in the opening credits of my favorite children’s show, I knew exactly how to get to Sesame Street. It had to be pretty close to my house.

That connection was no random geographic happenstance; the show was created with a new generation of young viewers in mind. Kids who didn’t necessarily have rec rooms. In the midst of the turbulent '60s, psychologist Lloyd Morrisett and producer Joan Ganz Cooney started talking at a dinner party. It was the beginning what would become a years-long study on the potential impact of television on preschoolers, and the launch of the Children’s Television Workshop. Soon, a goal emerged — to build a show that could help give lower-income kids, minority kids, and urban kids with the foundations for a strong educational start. Jim Henson, whose entourage of Muppets were already veterans of television and advertising, came in with a cast of characters. The founding president of the Black Psychiatrists of America, Dr. Chester Pierce, became involved as a senior advisor. Jon Stone wrote the pilot and did the casting. From its very first episode in November , “Sesame Street” would represent what Undark has described as “the most racially diverse cast that public television had ever seen.”

So diverse, in fact, that a year later, the show was briefly banned on Mississippi’s  ETV by the state’s Commission for Educational Television because  “Some of the members of the commission were very much opposed to showing the series because it uses a highly integrated cast of children.” As an unnamed commission member explained to the New York Times, “Mainly the commission members felt that Mississippi was not yet ready for it.”

A year later, the Reverend Jesse Jackson appeared on the show to lead a crowd of children in the poem “I Am Somebody” by Reverend William H. Borders, Sr. “I Am Black Brown White/I Speak A Different Language/But I Must Be Respected/Protected/Never Rejected,” he called out, and the children called back in response. It’s a riveting television moment, even now — or maybe especially now — watching a diverse bunch of children affirm, “I May Be Poor/But I Am Somebody/I May Be Young/But I Am Somebody.” It's especially moving, considering the immediate cultural impact the show had at a moment when white flight was peaking, and the cities were all but written off as crime-infested hellscapes.

Over the ensuring decades, “Sesame Street” would stay close to its original mission of respect and inclusion, guiding generations of kids as they navigated real-world challenges like grief, disability and racism. Last year, my colleague Matt Rosza wrote of the inclusion of a Muppet with autism, and how meaningful that representation means not just to the show’s young viewers but adults “raised in a society which is intolerant of people who are different, which in my case happened to be as a result of autism.”

A lot has changed on the Street since I was a lucky member of the first generation to grow up on it, learning to count by watching pinballs and, truly, deciding to become a journalist because Kermit looked so cool in a trench coat. By the time my now teenage daughters were watching it, the show was being written with a wink to the pop culture consuming parents like me, who could appreciate the parodies of “Mad Men” and “True Blood.” Now, it has a different zip code — HBO — and caters to a broader audience. Its brownstone facades seem to telegraph the multimillion dollar residences of Park Slope rather than the decidedly crumbly stoops of my old neighborhood. Yet it still delights and entertains millions children around the world every day, including the kids who aren’t on track for an Ivy League-aspiring preschool. It's the street I grew up on, bustling and colorful and a little loud, a place where it doesn't matter how much money you have or what language you speak, only that you're a good neighbor.