From Taylor Swift to Ne-Yo, these albums and songs are guaranteed to make the rest of the year merry and bright 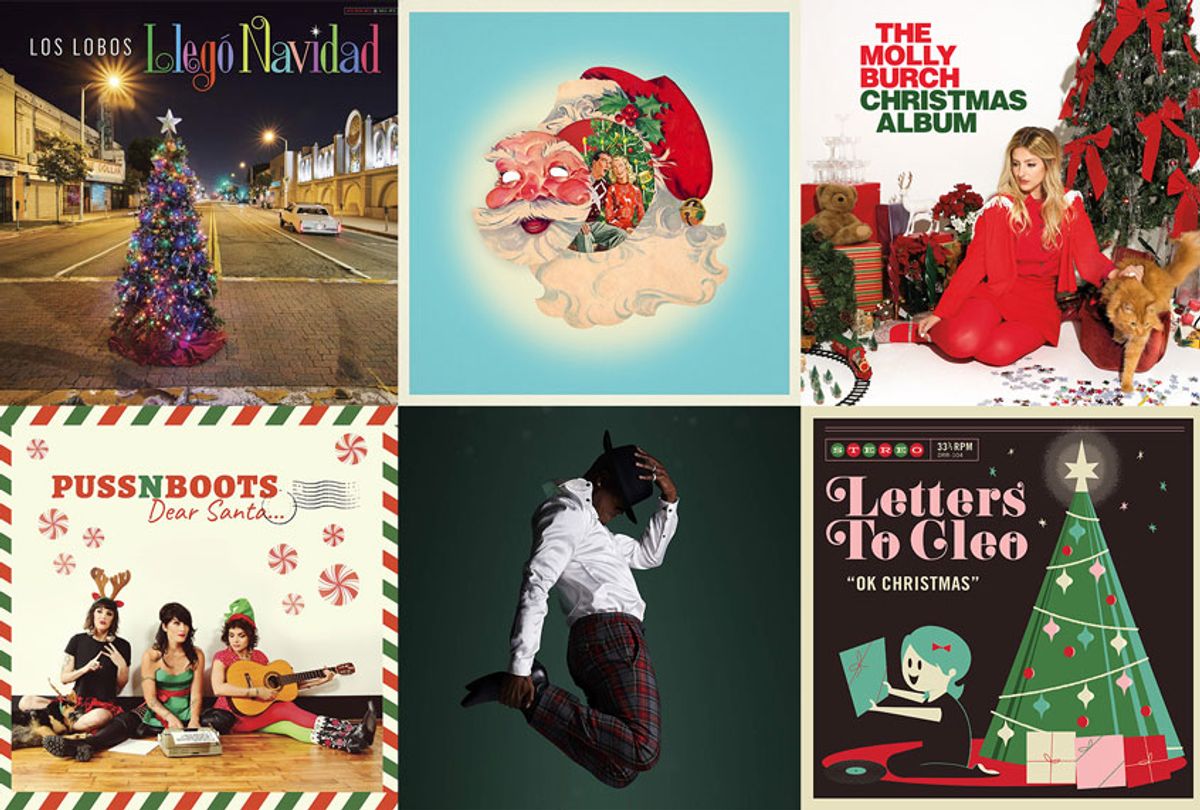 Each holiday season brings plenty of beloved musical rituals — blasting Mariah Carey's "All I Want for Christmas Is You," for example, or arguing about the merits (or lackthereof) of Paul McCartney's "Wonderful Christmastime." Sifting through the avalanche of new holiday music is another time-honored tradition: Between one-off singles, seasonal EPs and full-length festive fare, sonic cheer is everywhere. Here are 20 new holiday releases — 10 albums/EPs and 10 songs — guaranteed to make the rest of the year merry and bright.

Molly Burch, "The Molly Burch Christmas Album"
Anyone feeling contemplative this holiday season will find much to love in "The Molly Burch Christmas Album," which combines wintry folk, jazz-kissed blues, and plush indie-pop. As with most Christmas releases, the record pairs select original songs — highlighted by the Camera Obscura-esque confection "Holiday Dreaming" — and smart covers: a bittersweet "Last Christmas" and an introspective take on the Dolly Parton hit "Hard Candy Christmas."

Letters to Cleo, "OK Christmas" EP
On this holiday EP, the effervescent Boston pop-rockers touch on every kind of festive mood. A cover of the Kinks' "Father Christmas" is appropriately raucous; a stripped-down, twang-rock take on Elvis Presley's "If I Get Home On Christmas Day" is hopeful; and their version of the Dogmatics' "X'Mas Time (Sure Don’t Feel Like It)" is tinted with melancholy. Even better is the Letters to Cleo original "Miss You This Christmas," which boasts picture-perfect retro harmonies — think the Beach Boys and '60s girl-groups — paired with power-pop hooks and triumphant bells.

Los Lobos, "Llegó Navidad"
East L.A. rockers Los Lobos reportedly considered almost 150 songs before settling on the 11 covers that appear on their first holiday album, "Llegó Navidad." This careful curation paid off: With tunes originating from South, Central, and North America — along with an original song, "Christmas and You," that's a lovelorn '50s rock 'n' roll ballad with a wistful, waltzing tempo — the full-length is one of the most unique holiday albums of the year.

Ne-Yo, "Another Kind of Christmas"
R&B superstar Ne-Yo dips into the classics for this satisfying holiday album, which appropriately kicks off with Donny Hathaway's "This Christmas," transformed into a slow jam. Other highlights include a nearly a cappella take on "The Christmas Song," the blues-influenced "Merry Christmas Baby," and soul upstart RaVaughn taking lead vocals on the Stevie Wonder-popularized “Someday At Christmas."

Josh Rouse, "The Holiday Sounds of Josh Rouse"
Josh Rouse's non-holiday albums are already perfect to throw on the turntable on a cold winter's night. Unsurprisingly, so is "The Holiday Sounds of Josh Rouse": The low-key full-length is indebted to indie-folk, jazz, and earnest rock, and features nostalgic original songs reminiscing about the family aspect of the holidays — and how it feels to be homesick during what's supposed to be a happy season.

Various Artists, "You Wish: A Merge Records Holiday Album"
Venerable indie label Merge Records caps off their 30th anniversary year with a compilation of new recordings from a selection of their bands. Of particular note is The Essex Green's lush indie-pop gem "Green Christmas"; Lucinda Williams and Hiss Golden Messenger teaming up for the low-key country ballad "Christmas In Prison"; and label co-founder Mac McCaughan teaming up with the underrated vocalist Annie Hayden for the twinkling '60s-pop homage "Down We Go (Sledding Song)," an ode to how romantic sledding can be.

Robbie Williams, "The Christmas Present"
Cheeky British pop star Robbie Williams gets into the holiday spirit with this jaunty holiday collection, which hews toward tasteful standards indebted to jazz and big band. Of particular note is a fully orchestrated take on Slade's "Merry Xmas Everybody" featuring Jamie Cullum and Sir Rod Stewart guesting on the swaying sing-along anthem "Fairytales."

Bryan Adams, "Must Be Santa" (from "Christmas" EP)
Rocker Bryan Adams pulls out all the stops for this laid-back cover of a holly-jolly Bob Dylan tune: a children's choir, Santa-esque vocal gruffness and evocative guitar.

Ana Gasteyer, "Sugar And Booze" (from "sugar & booze")
The former "Saturday Night Live" actress indulges her inner lounge-jazz singer on the title track of her holiday album, which highlights what may perceive to be the best parts about the season.

Kacey Musgraves with Leon Bridges, "Present Without a Bow" (from "The Kacey Musgraves Christmas Show")
Country star Musgrave teams up with soul star Bridges for this string-swept duet, which praises the pleasures of spending the holidays with a significant other.

Pup, "Kids" (standalone TV song)
Breakout Canadian punk band Pup teamed up with the CBC — and a crew of giddy puppets — to put a seasonal spin on their effervescent single "Kids."

Taylor Swift, "Christmas Tree Farm" (standalone single)
This warm piano-pop song — which links being blissfully head over heels with Swift's happy childhood memories of growing up on an actual Christmas tree farm — is an irresistible earworm.

Keith Urban, "I'll Be Your Santa Tonight" (standalone single)
This soulful, piano-driven country song is Keith Urban's first foray into the Christmas fray, which is hard to believe, since he sounds like a natural singing about gooey holiday romance.