After decades of neglect and inadequate funding, many public defender offices are a shadow of what they should be 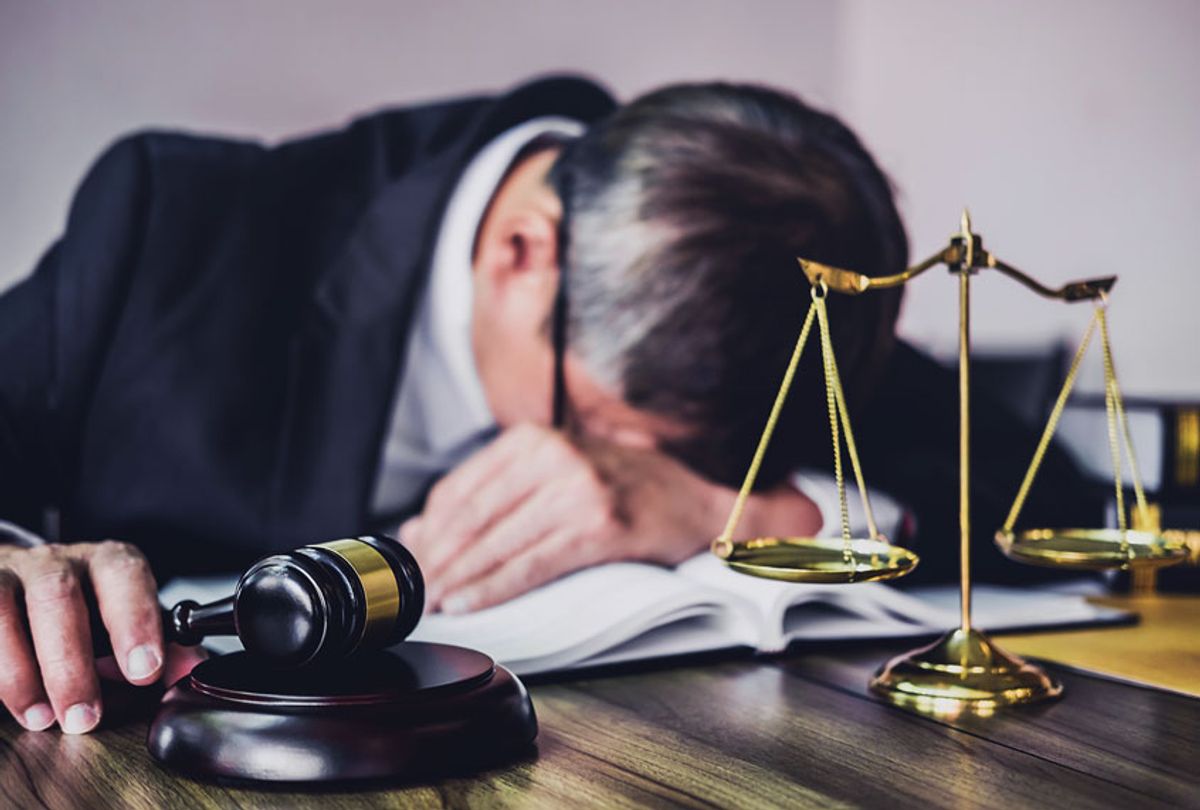 America is in the middle of a justice reform revolution. From California to Texas to Massachusetts to Florida voters are electing reform-minded prosecutors to reverse failed tough-on-crime policies. In the few weeks alone, voters in San Francisco elected a new DA and three prosecutors across Virginia were all elected under the banner of reform. Yet, to fully realize these reforms, public defenders must be part of the solution. But after decades of neglect and inadequate funding, many public defender offices are a shadow of what they should be.

The Supreme Court ruled 56 years ago that those charged with certain crimes who cannot afford to hire a lawyer are entitled to counsel provided by the government. But what may seem obvious — that if people are entitled to free lawyers, the government must fund such lawyers — has not had obvious results.

Instead, we have allowed an indigent defense funding crisis of massive proportions to develop across our country. In multiple states, studies show that the typical public defender has at least two to three times the workload they should in order to provide an adequate defense. A 2013 study showed that defenders in New Orleans had only 7 minutes to prepare for each new case. Up to 90% of people charged in our criminal system are indigent, yet public defenders across the country are devastatingly overburdened and under-funded. The situations in Missouri and in New Orleans have made recent headlines, illustrating just how deep we have allowed this problem to go.

This crisis has gained growing attention, as pundits and politicians, including the Democratic candidates for president, ascribe the situation crisis status. An isolated item on nearly every platform for criminal justice reform — and at the center of legislation proposed earlier this year by Kamala Harris — is indigent defense funding.

This growing support for public defense funding highlights a glaring missed opportunity:  the inclusion of this issue on the policy platforms of the growing number of so-called progressive prosecutors.  In counties and cities around the country, campaigning and newly elected prosecutors have highlighted plans to end cash bail, increase diversion programs, stop prosecuting certain drug or minor cases, and stop seeking the death penalty.  These policy changes are all important. But many of them won’t have nearly the impact they could because a critical piece of the infrastructure is missing: resourced public defenders.  If prosecutors truly want to bring about meaningful change, they must make the funding of public defenders a centerpiece their platforms.  Indeed, the failure to include indigent defense funding in platforms for progressive change lays bare the failure to envision what is actually needed for change to happen. Public defenders are essential to implementing the policy changes proposed by so many prosecutors. They are the other half of the adversarial system; for every lever set up by prosecutors, they are necessary for pushing or pulling it.

Many prosecutors have promised sweeping bail reform. But many places do not even have public defenders in the courtroom for bail hearings, much less public defenders that have the resources to interview family members, get employment records, or generally gather the kind of information that could help explain to judges why people should go home and not to jail. Many elected prosecutors are also making grand promises of policy changes, but they themselves are not the ones in the courtrooms — their staff attorneys are, and they may not be carrying out the policy changes promised. Indeed, a recent report from Court Watch MA shows that, despite policy pronouncements from elected prosecutors in Massachusetts, jail populations and trends have not meaningfully changed since they took office. Public defenders are the ones in the system best positioned to hold those officers accountable. If these prosecutors who are proclaiming change actually want to see that change happen, they should be leading the call for public defender funding.

Advocating for fully funded public defenders falls squarely into the prosecutors’ duty to uphold justice. This is because our criminal system disproportionately impacts Black and Brown people and it is thus a straightforward matter of racial justice; because public defenders are taking on caseloads in staggering amounts, leaving little to no time or resources for investigation, mitigation or the quality of assistance that our courts have already decided is required; because real people are pleading guilty or being wrongfully convicted because of this overburdening; because lawyers who want to serve their communities through public defense often cannot remain in their jobs because of the combination of crushing educational debt and low salaries and minimal benefits; and because community trust is eroded when public defenders are not able to fully serve their clients.

Public defenders are on the front lines of the devastation wrought by our system of mass criminalization and they are guided by an unwavering dedication to the very people being devastated. The failure to fund them is part and parcel of the very same culture that allows excessive fines and fees  to be imposed on the poor and money bail systems to flourish in courthouses around our country. It’s time that the people claiming to want reform — including a new wave of prosecutors and hopeful prosecutors around the country — advocate for the resources that are essential to making real change happen.

Premal Dharia is a a former public defender and the founding director of the Defender Impact Initiative.