I’ve perfected the taste of my own Gramercy-style cake, but it still eludes my bundt-shaped dreams 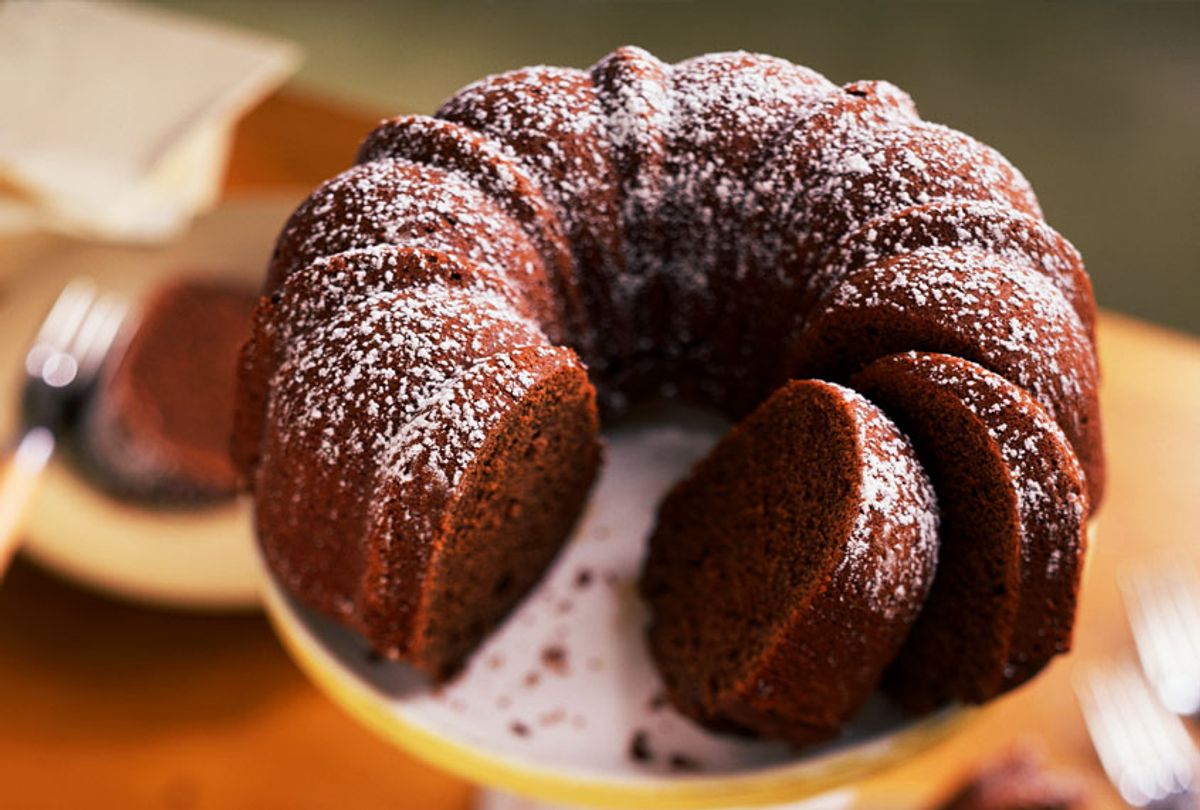 Whether you are an enthusiastic, habitual cook or an indifferent, infrequent one, I believe that everyone has that one dish that always confounds them to prepare. The one you’ve tweaked a dozen times. The one you keep Googling secret hacks for. The one that turns out beautifully sometimes and then punishes your confidence with its messy results the next. You know, the one that breaks your heart. Such is the ride I embark on this time every year with Claudia Fleming’s legendary Gramercy Gingerbread. It’s the most complicated culinary relationship of my life.

The holidays are always a mixed bag for me. While there is nowhere on earth I am happier than my own kitchen, a glass of wine in my hand and surrounded by sugar and butter, I also find many of the traditional treats of November and December pretty disgusting. Peppermint? Gross. Eggnog? A hate crime against alcohol. White chocolate? Blech. Rock hard sugar cookies flooded with plastic-tasting royal icing? Hard pass. Cocoa that tastes like hot water flecked with powder? No thanks. Then there’s my problematic love, gingerbread.

Gingerbread done right is everything I adore — a contradiction of comfort and a kick in the pants, never gooey or cutesy. But there’s a lot of bland gingerbread out there, timidly spiced and barely tanned. I spent a lifetime searching for the one that went up to 11, certain it was out there. I found it the day a friend texted me a triumphant photograph of a richly hued confection in the shape of a Williams Sonoma pan. I immediately demanded the recipe. I didn’t yet understand that my friend’s true flex there was that the cake in the picture was entirely intact. I would soon learn. Oh how I would learn.

Claudia Fleming’s gingerbread is the platonic ideal of everything gingerbread should be. It gets its depth from strong stout. (The beer is boiled and then baked, but you may want to consult your audience if you’re serving it to kids or non drinkers.) It smells rich and extravagant, like you imagine Martha Stewart’s kitchen does. It is mahogany dark, lushly damp, assertively spicy — and notoriously fickle. It’s fabulous, and it will resist your tenderest maneuvers to get it out of the bundt pan. It mocks your pain.

Its creator is best known as the former pastry chef of New York’s Gramercy Tavern, and the author of the 2001 classic baking bible “The Last Course.” Long out of print, the book was reissued in a new edition just last month to rapturous excitement. The New York Times recently described Fleming’s signature style as “starting with a single flavor, such as apple, mango, almond, ginger; intensifying it; and finally setting it off with a bit of crunch or tang or cold.” Or stickiness. Such stickiness.

During the course of the book's out-of-print years, Fleming’s recipes became the sacred texts of baking for an entire generation of home bakers, lovingly tweaked and shared via word of mouth and a multitude of blogs. Food 52 does an alcohol-free version. David Leibovitz bakes it in a loaf pan. I started my own journey with the recipe via Deb Perelman’s Smitten Kitchen a decade ago, heeding her ominous advice about amply lubricating the bundt pan — “I used a nonstick pan with a butter/flour spray and still lost a chunk of cake. I will be more generous next time.”

“I won’t make that rookie error,” thought I, confident in my skills and my nonstick pan. Flash forward to me a short time later, wielding a steak knife and trying to extricate my beautiful creation with a minimum of damage. I felt like I was a committing a crime, or at the very least, dishonoring the innocent cake I had just baked. Eventually I tugged it out of the pan, piece by piece, and served it to my family in chunks. It was gone in less than a day.

We were serving a crowd for Christmas that year, so I hedged my bets and made mini cupcakes from the same recipe. My guests devoured them like cocktail peanuts, popping them into their mouths one right after the other. They were just that good. But I longed for a bundt. A big, show-off bundt that I could ceremoniously bring to the table, a sturdy, old-fashioned, goddamned Christmasy masterpiece. Year after year, I baked with a heart full of hope, only to find myself dejectedly serving my family a platter of delicious, jagged crumbs. I tried baking it in a relatively smooth, silicone bundt pan. It ripped in half upon release. So last year I returned to Smitten Kitchen for inspiration, commiserating in her entry describing the reliable torment of wresting that cake from its pan — and her subsequent move to a layered version. I followed her lead and made it that way, sandwiched with her mascarpone frosting and decorated with a restrained smattering of marzipan holly leaves, because that’s who I am. It was beautiful, and rapturously good, and nobody complained that they were actual slices of cake instead of confusing blobs. Still, I felt like a quitter.

The Gramercy gingerbread is decidedly my gingerbread now. I have made my own small adjustments over time to bring it in line with my tastes — an unfailing love of browned butter, crunchy sugar, and extra ginger. But I have yet to bend its form to my will, yet to experience that victory over my own bundt pan. Maybe on some level I think if I can achieve that seemingly simple task, the year ahead will be blessed with similar good fortune. Maybe I just really, really hate settling for B+. This weekend, I’ll be back in the kitchen with my best efforts and a few prayers. And I’ll go in as I always do, determined that this is the year I get it perfectly right.

Preheat oven to 350°F. Generously butter a bundt pan and dust with flour, knocking out excess. Your efforts will be useless, but do it anyway.

Bring stout and molasses to a boil and remove from heat. Whisk in baking soda. Drop in your ginger cubes so they melt down. Don’t worry if it does’t completely cool to room temperature.

Heat the butter in a pan until it turns deep amber and stops foaming. It should smell nutty and there should be brown bits in the bottom of the pan. Remove from heat.

Mix flour, baking powder, and spices in a large bowl. Whisk together eggs and sugars. Slowly mix in the butter, brown bits included, followed by the molasses mixture. Add to flour mixture and blend until just combined.

Pour batter into bundt pan and bang the pan on the counter to eliminate air bubbles. Bake in middle of oven about 50 minutes. Test it for doneness with a strand of uncooked spaghetti — it should have a few crumbs on it, but not be wet. Cool cake in pan on a rack 5 minutes. Turn out onto rack. Cry a little when it doesn’t move. Claw it out with a knife. Serve with lots of camouflaging sweetened whipped cream.