How Bloomberg made life worse for the poor in New York 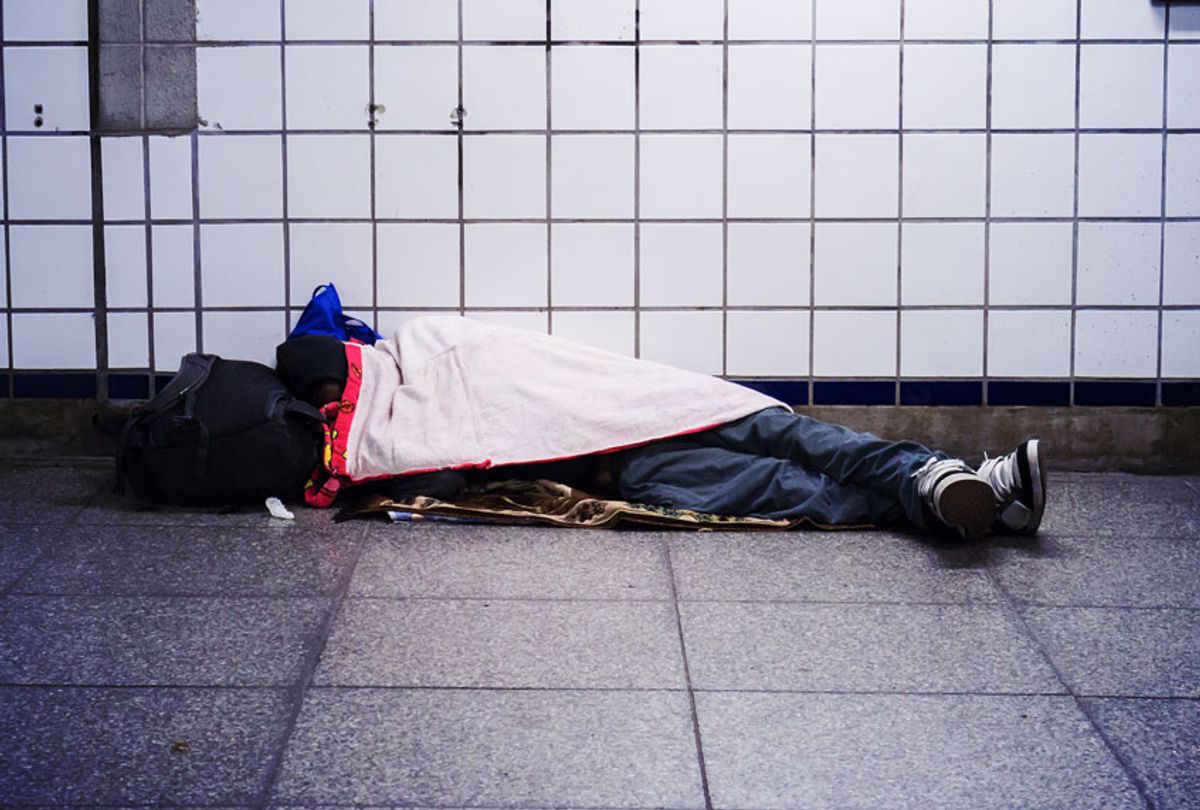 Death catches us the way we live.

So it was last week in a lower Manhattan subway station that serves the financial district when Shamari Anderson, a homeless 2-year old boy, was struck and killed by an uptown 2 train during the evening holiday rush.

According to press accounts, his 20-year-old mother was juggling bags from the Dollar Store when she put her son down to fix his clothes. In an instant, the high energy toddler escaped her grasp and was struck by the subway.

Shamari’s tragic death and his mother’s daily struggle should raise the profile of the difficult circumstances of all the 15,000 homeless families who are living in the New York City shelter system, up 80 percent since Mayor Bloomberg took office in 2002.

This humanitarian crisis has been building for years. It exposes all that’s wrong with late-stage vulture capitalism that corrupts our politics as it creates scarcity in pursuit of luxury.

When Bloomberg took office in 2002, there were over 5,000 homeless families. By the fall of 2013, a few months before he left office, there were close to 12,500 families living in shelters.

Today, there are 34,000 children like Shamari living in city shelters. According to Advocates for Children, a non-profit advocacy group, there are another 74,000 school age children “doubling up” in temporary circumstances. In 2017, 1,164 newborns were brought “home” to a city shelter.

Being homeless is traumatic for anyone, but for children the impacts are long-term and formative. Two-thirds of the homeless students “are chronically absent from class” and only 57 percent graduate from high school, according to Advocates for Children.

“Homeless children are at an elevated risk for experiencing toxic stress through strong, frequent or prolonged adversity and traumatic circumstances,” according to New York City’s Coalition for the Homeless. “The potential effects of trauma and toxic stress on children are well documented. Stress causes a physiological chemical response, putting the individual in an alerted state. When stress is toxic, this chemical response can disrupt the development of brain architecture and increase the risk for cognitive impairment and stress-related diseases.”

For years now, New York City, like London and other major cities, have seen their real estate markets distorted by the super wealthy — ex-dictators, financiers, oligarchs and their ilk — who buy trophy properties not to live in, but for investment. That prompted real estate developers, whose political clout was considerable, to target the affordable neighborhoods where the working class had lived for generations.

In 2015 the New York Times reported that the New York City Budget Office had “determined that nearly one quarter of the apartments in New York City are not used as primary residences, serving either as pieds-à-terre or investment properties that are rented out to tenants.”

This is turning New York City housing into a luxury good, which really got traction during Bloomberg’s tenure, had consequences. Between 2005 and 2017, according to the New York City Comptroller Scott Stringer, the city lost 425,000 affordable housing units.

In December 2013, New York Times writer Andrea Elliot wrote “Invisible Child”, a profile of the daily existence of Dasani, an 11-year-old girl who was homeless:

“Dasani’s own neighborhood, Fort Greene, is now one of gentrification’s gems. Her family lives in the Auburn Family Residence, a decrepit city-run shelter for the homeless. It is a place where mold creeps up walls and roaches swarm, where feces and vomit plug communal toilets, where sexual predators have roamed and small children stand guard for their single mothers outside filthy showers.”

The Times reported that Dasani was one of 280 children at this particular city shelter at the end of Bloomberg reign that were part of “a vast and invisible tribe of more than 22,000 homeless children in New York, the highest number since the Great Depression, in the most unequal metropolis in America.”

In 2004, Bloomberg and his technocrats had decided to implement new policies that were designed to get the homeless to be more self-reliant. “They would no longer get priority access to public housing and other programs, but would receive short-term help with rent,” the Times reported. “Poor people would be empowered, the mayor argued, and homelessness would decline.”

But as the paper of record observed, that’s not what happened.

“The opposite happened. As rents steadily rose and low-income wages stagnated, chronically poor families like Dasani’s found themselves stuck in a shelter system with fewer exits. Families are now languishing there longer than ever — a development that Mr. Bloomberg explained by saying shelters offered ‘a much more pleasurable experience than they ever had before.’”

When asked on the radio to comment on the New York Times reporting, Bloomberg conceded the homeless 11-year-old was growing up in “very challenging circumstance and fighting some difficult odds.”

He praised the role of her teacher and principal in helping her “break the cycle of poverty that she was born into. This kid was dealt a bad hand. I don’t know quite why, that’s just the way god works. Sometimes some of us are lucky and some of us are not.”