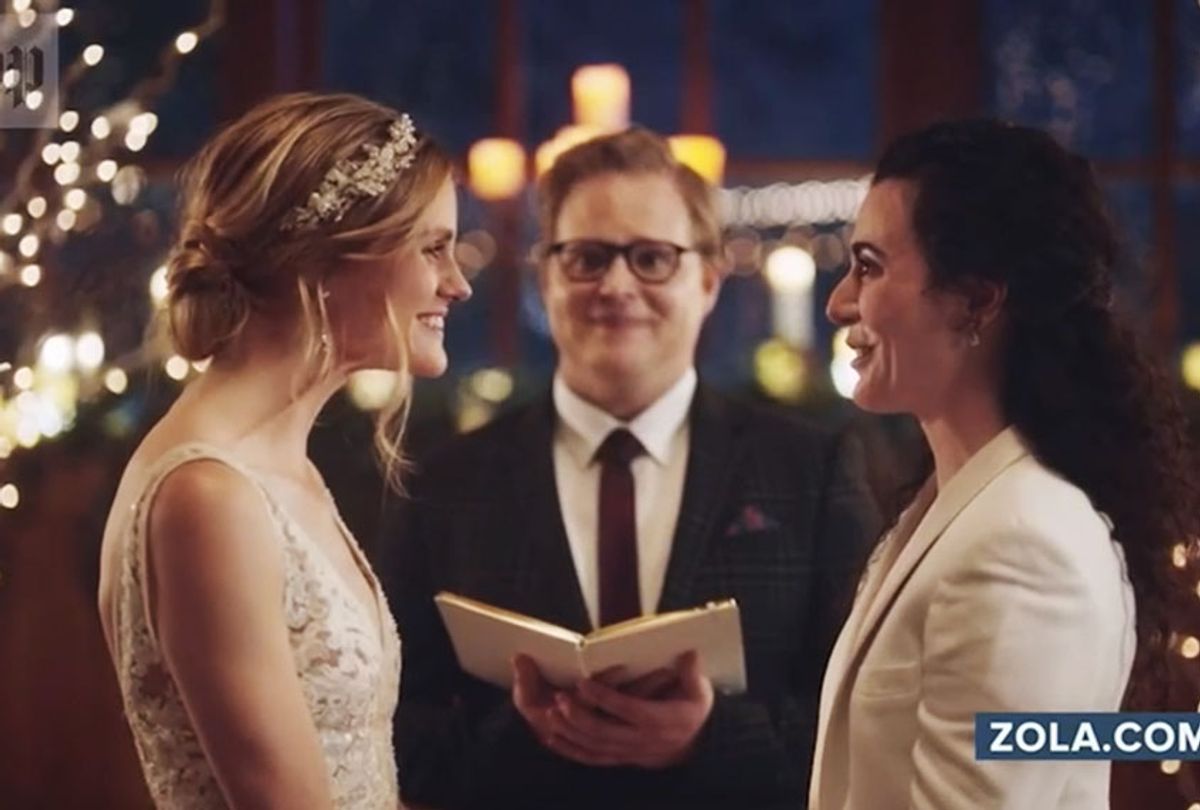 GLAAD, the world’s largest lesbian, gay, bisexual, transgender and queer (LGBTQ) media advocacy organization, told Salon in an exclusive interview that it hopes the Hallmark Channel’s decision to reinstate an ad featuring a same-sex wedding after it was yanked over protests by "One Million Moms" will relegate the right-wing group to “fringe” status.

“The Hallmark Channel’s decision further delegitimizes One Million Moms, a facade that is actually run by the American Family Association (AFA), which is designated as a hate group by the Southern Poverty Law Center,” Rich Ferraro, the chief communications officer for GLAAD, told Salon by email. “Most brands know to ignore the One Million Moms — or the 'One Meddling Anti-Gay Mom,' as we call them. And the Hallmark Channel’s reversal sets a true precedent that this fringe project of the AFA should not to be taken seriously or given any credibility by brands or the media.”

The AFA is a right-wing fundamentalist Protestant group, which advocates against LGBTQ rights and opposes abortion rights and pornography. Its One Millions Moms project publicly opposed a Zola.com advertisement last week. which showed a same-sex couple kissing after exchanging wedding vows.

“Family entertainment is not the outlet in which to be politically correct by forcing tolerance and acceptance of homosexuality — a sinful lifestyle that scripture clearly deems as wrong. You can read so in Romans 1:18-32,” One Million Moms wrote. “One Million Moms is asking Hallmark to stay true to its family-friendly roots that so many families have grown to love and to keep sex and sexual content — including the promotion of homosexuality — out of its programming.”

Although the Hallmark Channel originally pulled the four Zola.com ads featuring a same-sex couple, the company responded by pulling all of its advertisements from the network. Hallmark’s decision was soon met with outrage by members of the LGBTQ community, who viewed the network as capitulating to a hate group. Among them was the prominent TV host Ellen DeGeneres, who tweeted: “Isn’t it almost 2020? @hallmarkchannel, @billabbottHC... what are you thinking? Please explain. We’re all ears.”

Hallmark reversed its decision Sunday, apologizing for “the hurt and disappointment” it had caused.

“The Crown Media team has been agonizing over this decision, as we’ve seen the hurt it has unintentionally caused,” Mike Perry, President and CEO, Hallmark Cards, Inc., said in a statement. “Said simply, they believe this was the wrong decision. Our mission is rooted in helping all people connect, celebrate traditions and be inspired to capture meaningful moments in their lives. Anything that detracts from this purpose is not who we are. We are truly sorry for the hurt and disappointment this has caused.”

Molly Biwer, the senior vice president of public affairs and communications at Hallmark, added in the statement that “Hallmark will be working with GLAAD to better represent the LGBTQ community across our portfolio of brands. The Hallmark Channel will be reaching out to Zola to re-establish our partnership and reinstate the commercials.”