It won't just be the commenters, but the users originating a post who will have to choose their words carefully 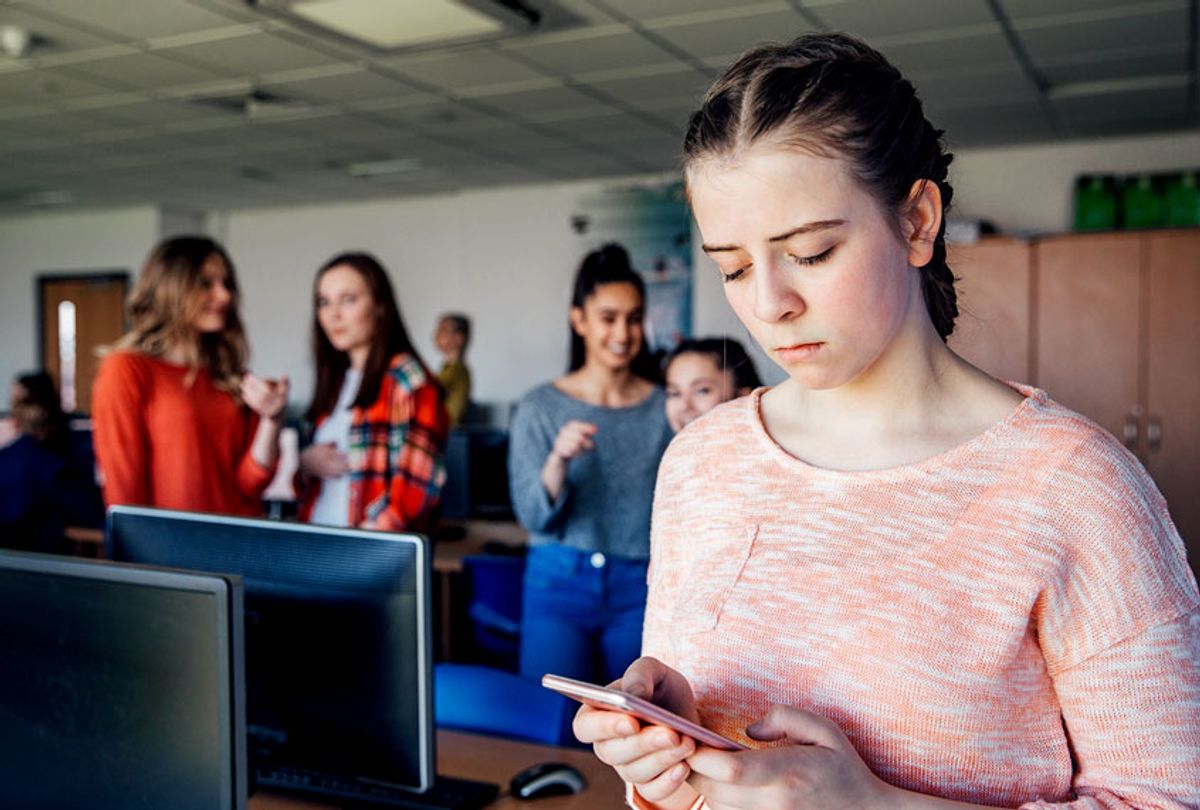 A teenage student is the victim of cyber bullying, looking sad (Getty Images/SolStock)
--

Instagram has launched another feature to combat cyberbullying on the social media platform. In an announcement on Monday, the company said it will preemptively flag potentially offensive captions before they’re posted.

“Today, when someone writes a caption for a feed post and our AI detects the caption as potentially offensive, they will receive a prompt informing them that their caption is similar to those reported for bullying,” the company stated on its website. “They will have the opportunity to edit their caption before it’s posted.”

The move targets the person originating the post on Instagram this time, as opposed to a previous feature Instagram launched earlier this year that would target those interacting with the post and flag potentially offensive comments before they’re posted. However, the company won’t block users from publishing hateful remarks. Instead, the AI screener is simply meant to be a nudge to let the person reconsider. Once the caption is published, a notification will appear that states: “This caption looks similar to others that have been reported.” Users can still edit the text, or click a button to learn more about the notification.

Dr. Sameer Hinduja, Co-Director of the Cyberbullying Research Center and Professor of Criminology at Florida Atlantic University, told Salon via email that he sees value in the new feature.

“I think it can be quite valuable to introduce a ‘pause’ to prompt users to consider if they definitely want to post something abusive, because then they face cognitive dissonance,” Hinduja wrote. “They will then need to resolve the tension between how they want to act  (cyberbullying someone) and the reminder that Instagram will likely classify it as harmful speech (possibly subjecting their account to sanctions for violating their rules).

“Hopefully, in their quest to reduce psychological discomfort associated with this tension, they will temper or delete their impending post to achieve emotional equilibrium,” he added.

“In addition to limiting the reach of bullying, this warning helps educate people on what we don’t allow on Instagram, and when an account may be at risk of breaking our rules,” the company stated. “To start, this feature will be rolling out in select countries, and we’ll begin expanding globally in the coming months.”

Later in the day, Instagram announced it is expanding its fact-checking program to combat misinformation on the platform, too. Indeed, it is similar to Facebook’s much-scrutinized approach. Similarly, fact-checkers won’t fact check politicians’ ads.

While prevaricating isn’t exactly a new thing for political campaigns, social media allows false claims to go viral, unimpeded, in a matter of seconds. It also provides the capability for those ads to reach millions of people around the world instantaneously.

“Photo and video based misinformation is increasingly a challenge across our industry, and something our teams have been focused on addressing,” the company in a statement.

However, since the program began to roll out in May, reports have surfaced suggesting concerns regarding the additional volume of work and ambiguity regarding the process for the fact-checking partners.