How to build a spicy winter cocktail, like this spiced pomegranate bourbon smash

Spice, spice, baby! Look to your spice rack or peppers for a new way to warm up your beverages 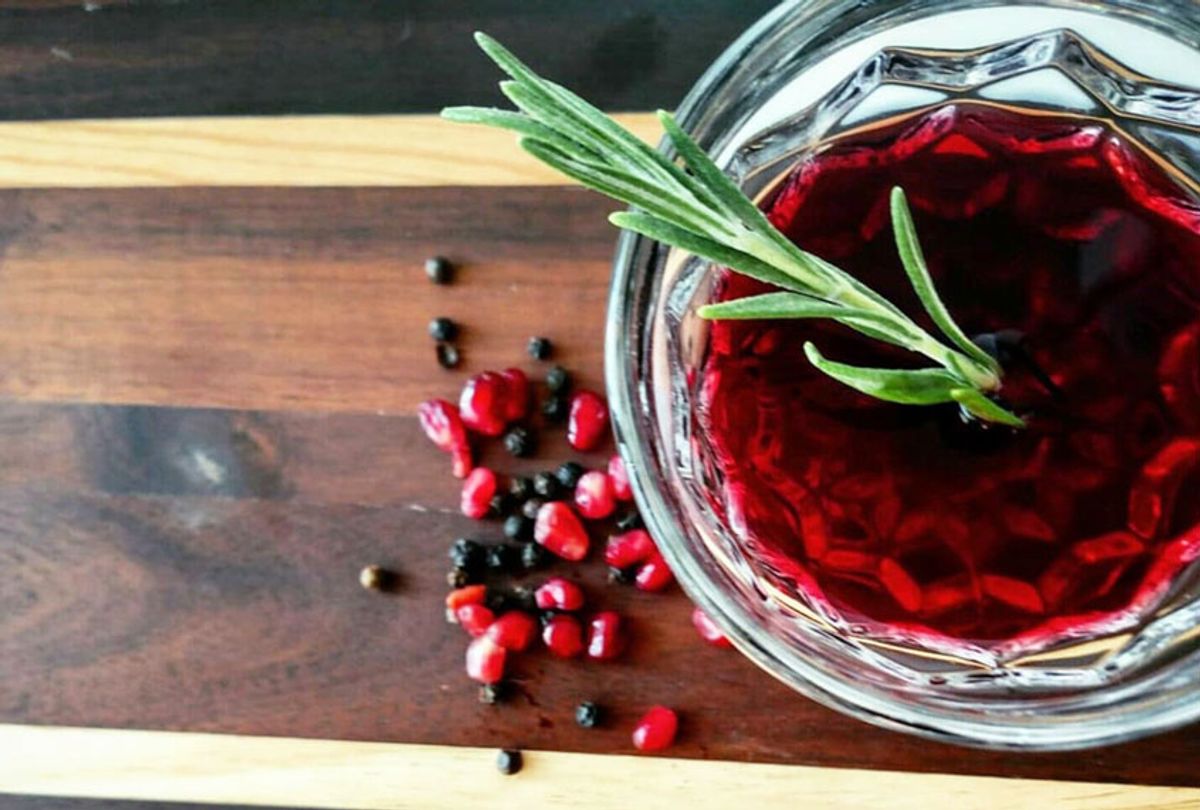 For the past few weeks, I’ve been walking around my apartment softly singing, “Spice, spice, baby” while simmering black pepper simple syrup on the stove. That’s right, folks. Spicy cocktail season is upon us.

Holiday cocktails often veer into a territory that is a little too saccharine and boozy, and I’ve found the antidote is adding flavors that aren’t necessarily considered traditionally seasonal: bitter, smoky, and my favorite, spice.

Here are some tips for incorporating spiciness into your seasonal drinks, plus a recipe — a Spiced Pomegranate Bourbon Smash — to get you started.

Know the differences between the two types of spice

It’s a subtle distinction sometimes; ginger can definitely hit peppery notes sometimes, for example. But knowing what kind of spice you want to add to a cocktail can inform what spices you use to build your cocktail.

Regardless of what you choose, Plevon said, be sure to toast your spices before using them.

“Do this in a dry pan to maximize aromatics and extract the most flavor from the essential oils,” he said.

Play with the tinctures and syrups

You can add both warm spices and peppery spices to simple syrups — a mix of water and sugar that has been simmered down into a thickened syrup. This is a way to add sort of a subtle wave of heat through an entire cocktail.

“When it comes to chili spice, I prefer to make tinctures — infusions in high proof alcohol — so I can add heat to taste,” Plevon said. “I currently have Fresno chilis and jalapeños steeping in vodka to add when someone wants a Bloody Mary extra spicy.”

Plevon continued: “I just add a dash or two to taste to the preferred heat. Tinctures allow for complete flavor control a dash at a time without overdoing it.”

“Adding black pepper to a syrup for an Old Fashioned can really elevate the notes in the bourbon, especially if it’s a high rye bourbon,” said Randi Densford, bar and beverage director of Bottle & Bond Kitchen + Bar.

With this tip, Densford is hitting on something integral for spiced cocktail creation. You want your spice choice to elevate or complement — not compete — with your spirit. Gin has botanical notes that work well with delicate pink peppercorns; tequila and jalapeños are natural mates; bourbon has both peppery and caramel notes that pair with both black pepper and ginger.

“A balanced cocktail is the result of a few elements coming together harmoniously,” said Julia Momose, owner and bar director of Kumiko. For cocktails that lean into spice, Momose says that a critical element of balance is the “sweet” portion of the drink.

“I don't like to speak to drinks in terms of being sweet, as that can be a bit of a triggering word for people,”  she said. “Instead, I think of sweetness as something that provides depth, richness, and texture to a drink.”

While you may already be incorporating simple syrup in your cocktail, you’re probably going to need an additional element of sweetness, so consider using something that carries a few different flavors. Here are some suggestions:

Garnishes can go a long way

While garnishes are sometimes an afterthought, they are a powerful way to add a spicy punch to your cocktails.

“We add six-inch long cinnamon sticks to our hot toddies and let them steep for a few minutes; for punch-style cocktails, we switch from summery flower garnishes to grated nutmeg and clove-studded grapefruit wheels,” said Sulek. “Floating a star anise pod on the surface of a cocktail can add a touch of licorice and instantly change its flavor profile.”

Here’s a cocktail recipe to get you started on playing with spice:

Combine all ingredients in a small saucepan and bring to a low boil for 7 minutes. Let the syrup slightly cool then strain. (There will be extra simple syrup, which you can save in an air-tight container for up to three weeks.) Now for the cocktail:

In a cocktail shaker, combine simple syrup, bourbon, pomegranate juice and bitters over ice. Gently shake and strain into a glass. Top with a splash of club soda and garnish with a rosemary sprig and pomegranate seeds.