The Trump administration has just declared war on Social Security 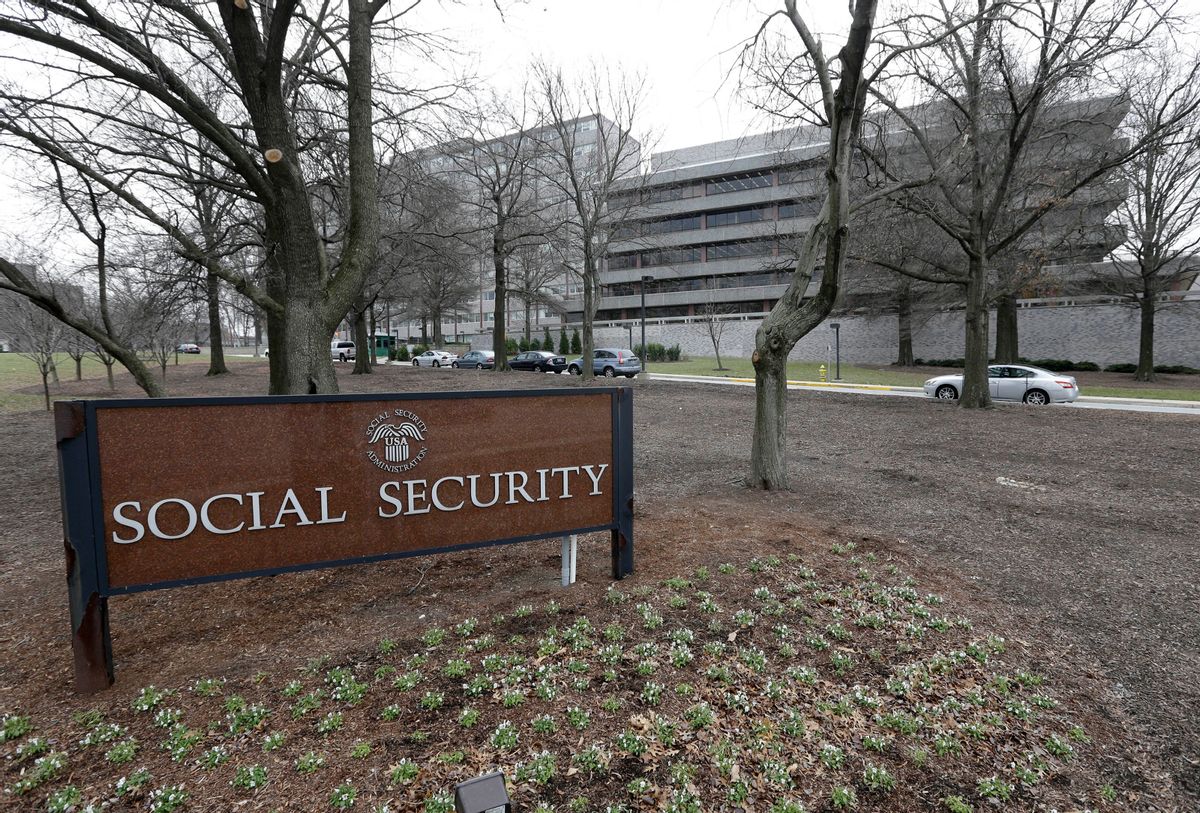 FILE - In this Jan. 11, 2013, file photo, the Social Security Administration's main campus is seen in Woodlawn, Md. More than 60 million retirees, disabled workers, spouses and children rely on monthly Social Security benefits. That’s nearly one in five Americans. The trustees who oversee Social Security say the program has enough money to pay full benefits until 2034. But at that point, Social Security will collect only enough taxes to pay 79 percent of benefits. Unless Congress acts, millions of people on fixed incomes would get an automatic 21 percent cut in benefits. (AP Photo/Patrick Semansky, File) (AP)
--

American workers contribute to Social Security with every paycheck. When they do, they are earning comprehensive insurance protections. Social Security insures against the loss of wages due to old age, disability, or (for the surviving family of a worker) death. While Social Security is best known as a retirement program, disability and survivor’s benefits are equally essential.

An attack on any part of Social Security is an attack on the entire system and all current and future beneficiaries. The latest proposal from Donald Trump’s administration, which is designed to rip benefits away from hundreds of thousands of Americans with disabilities, amounts to a declaration of war on Social Security.

The Trump administration proposal would require millions of Social Security Disability Insurance (SSDI) and Supplemental Security Income (SSI) beneficiaries to re-prove their eligibility for benefits as often as every six months — far more frequently than is currently the case. There is no justification for this policy. The United States already has some of the strictest eligibility criteria for disability benefits in the world. More than half of all claims are denied.

We should be making it easier for workers to claim the Social Security benefits they’ve earned with every paycheck, not harder. And ripping benefits away from current beneficiaries, who rely on them to survive, is even worse.

We know what the effects of the Trump proposal would be, because Ronald Reagan implemented a very similar benefit cut back in the 1980s. Reagan’s policy ripped away the benefits of 200,000 Americans with disabilities. The New York Times reported that “people with obvious physical and mental disabilities” lost their benefits “without having been interviewed.”

Ultimately, Reagan was forced to reverse his attack on Social Security after massive public outcry, and bipartisan condemnation from Congress — but not before 21,176 people died, including several who died by suicide, “because their benefits were cut off.”

Donald Trump himself might not be a diligent student of history, but his advisers — men like Mick Mulvaney, Trump’s chief of staff and a longtime enemy of Social Security — know exactly what they are doing. They want to resurrect Reagan’s Social Security cut knowing full well that it killed people.

This could impact any of us, even those of us who are currently healthy. Imagine that you are hit by a car tomorrow, and suffer life-altering injuries that prevent you from working. You’re faced with crushing medical bills, and you’ve lost your income. In such situations, SSDI benefits are a crucial lifeline. Donald Trump wants to rip that lifeline away.

Trump and Mulvaney are targeting people with disabilities first, because they perceive them as politically vulnerable. But if they are allowed to get away with this attack, it will be only the beginning. They want to destroy every part of Social Security, including retirement benefits, and turn it over to their criminal friends on Wall Street.

We must stop Trump’s plan. The Social Security Administration is collecting comments on the proposal until the end of January. You can comment opposing the plan here. Everyone must also call their elected officials. Congressional condemnation played a huge role in forcing Ronald Reagan to reverse his version of the attack, and it can stop Trump in his tracks.