Justin Clark's remark, which he claims refers to false allegations, came during a discussion about poll watching 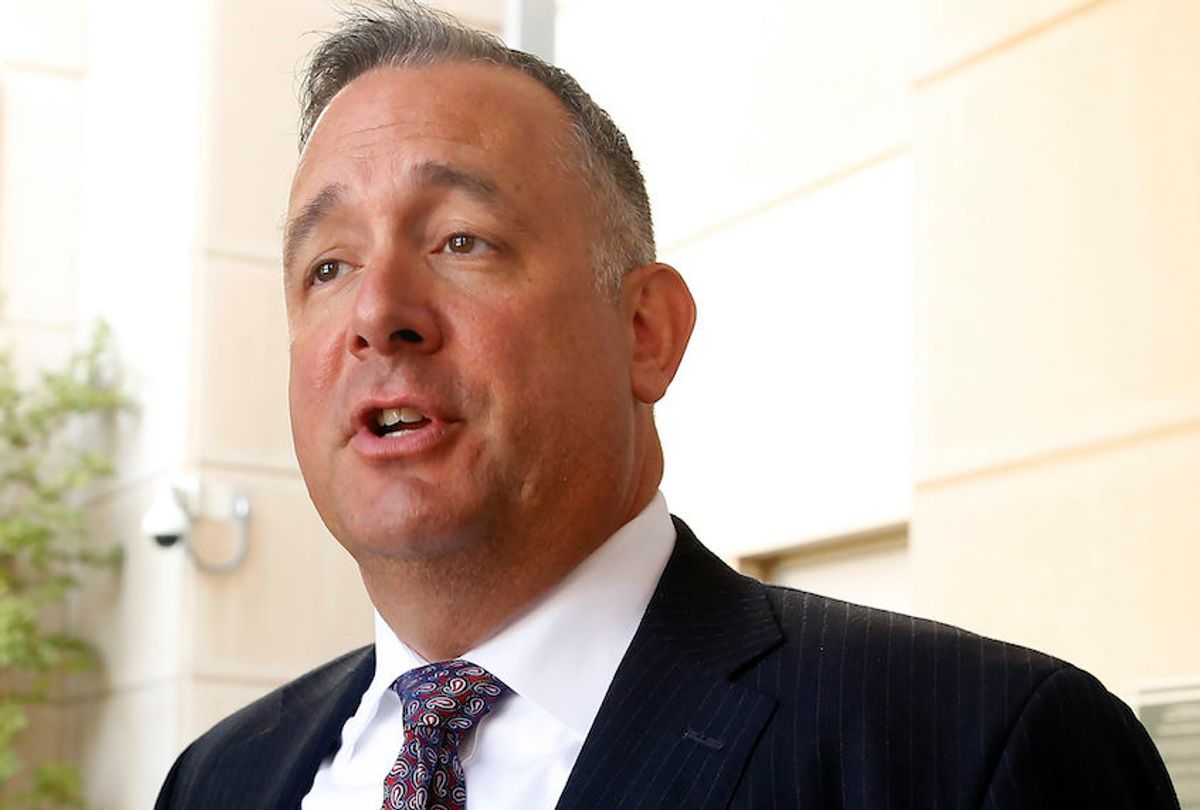 A Trump campaign adviser told prominent Republicans in Wisconsin that the party “traditionally” relied on “suppressing votes,” according to an audio recording obtained by The Associated Press.

Justin Clark, a senior political adviser and senior counsel to the Trump campaign, made the comment during a private meeting of the Republican National Lawyers Association’s Wisconsin chapter in November while discussing plans for more aggressive poll watching in 2020.

“Traditionally it’s always been Republicans suppressing votes in places,” Clark said in the recording, according to the AP. “Let’s start protecting our voters. We know where they are. ... Let’s start playing offense a little bit. That’s what you’re going to see in 2020. It’s going to be a much bigger program, a much more aggressive program, a much better-funded program.”

Clark later claimed to the AP that he was referring to false allegations that Republicans suppress voters.

“As should be clear from the context of my remarks, my point was that Republicans historically have been falsely accused of voter suppression and that it is time we stood up to defend our own voters,” Clark told the outlet. “Neither I nor anyone I know or work with would condone anyone’s vote being threatened or diluted and our efforts will be focused on preventing just that.”

But Democrats say Republicans have repeatedly used poll watching as a voter suppression tactic. Earlier this year, courts lifted a decades-long consent decree that banned the Republican National Committee from using “ballot security” measures. The consent decree was put in place in 1982 after the Democratic National Committee filed a lawsuit claiming that the RNC “attempted to intimidate the minority voters” in a New Jersey governor’s race.

The RNC agreed to settle the case with a consent decree. The consent decree was later modified and extended in 1987 and 2009 after evidence showed additional violations.

Some Republican leaders have expressed concerns about watching polling places to police virtually nonexistent voter fraud because “many minorities view it as a fig leaf for racially charged voter suppression,” Politico reported earlier this year. But the party is not likely to back away after Trump urged his supporters ahead of the election to watch polling places in Democratic strongholds.

Clark said in the recording that the poll watching plan was initiated by Trump’s concerns about voter fraud.

Clark said the campaign would focus on areas near Green Bay and other mid-size cities where he baselessly alleged Democrats “cheat.”

“Cheating doesn’t just happen when you lose a county,” Clark said in the recording. “Cheating happens at the margin overall. What we’re going to be able to do, if we can recruit the bodies to do it, is focus on these places. That’s where our voters are.”

“This is bad for democracy,” he told the AP. “And frankly, I think… whoever does that, it will work to their disadvantage. It will make them look, frankly, stupid.”

Wisconsin Attorney General Josh Kaul, a Democrat, said he is prepared to fight any voter suppression efforts. Kaul represented the DNC in 2016 when it accused the RNC of coordinating a voter intimidation effort with the Trump campaign. Kaul argued at the time that the campaign “repeatedly encouraged his supporters to engage in vigilante efforts” under the guise of finding potential voter fraud.

“It is vital that Wisconsinites have free and fair access to the polls, and that we protect the security and integrity of our elections,” Kaul told the AP in response to Clark’s comments. “The Wisconsin Department of Justice has been and will continue working with other agencies to protect our democratic process.”

Mike Brown, the deputy director of the progressive advocacy group One Wisconsin Now, told the AP that Clark’s comments show that Trump campaign is once again planning to use “underhanded tactics” in the election.

“The strategy to rig the rules in elections and give themselves an unfair partisan advantage goes to Donald Trump, the highest levels of his campaign and the top Republican leadership,” Browne said. “It’s clear there’s no law Donald Trump and his right-wing machine won’t bend, break or ignore to try to win the presidency.”