Cosby spokesperson lashes out at Eddie Murphy, calls him a "Hollywood Slave" 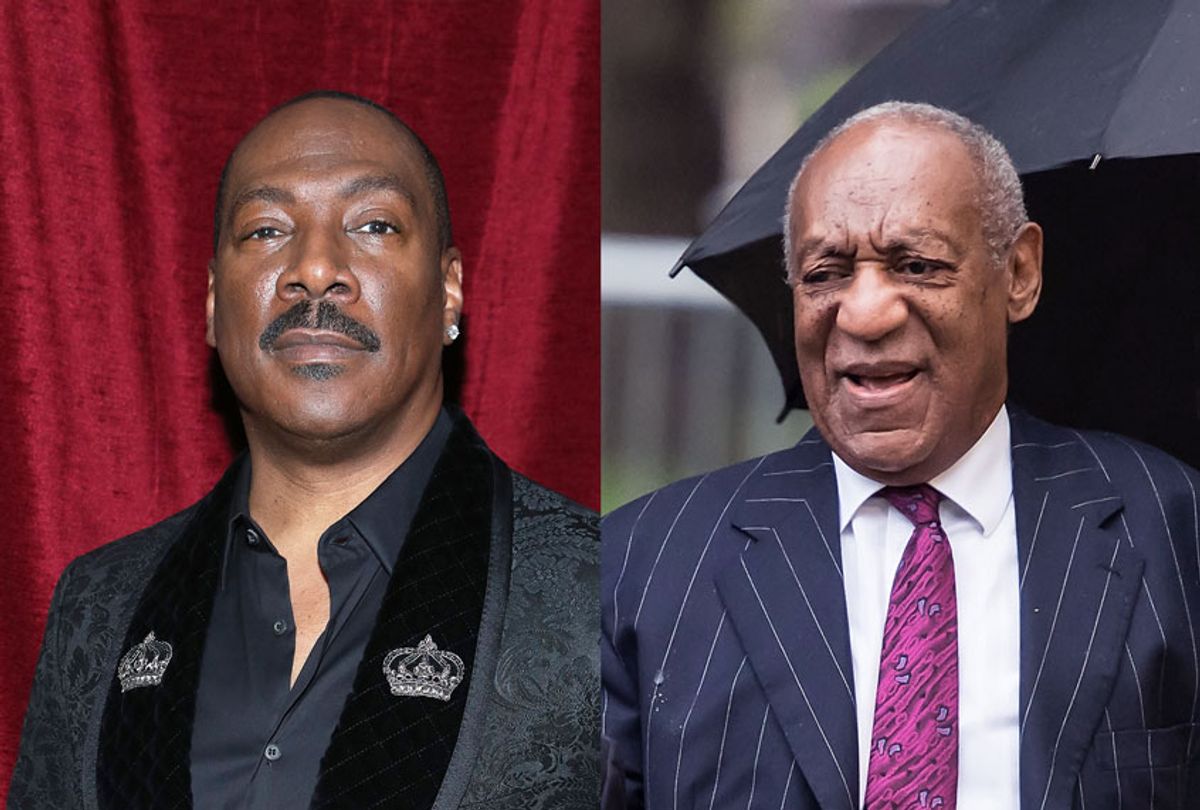 A representative for disgraced comedian Bill Cosby derided Eddie Murphy as a “Hollywood Slave” for joking about the serial rapist during Murphy’s opening monologue on “Saturday Night Live” last weekend. During the sketch, Murphy reflected on how his career started on “Saturday Night Live” in 1984 and said, “If you had told me 30 years ago that I would be this boring stay-at-home house dad, and Bill Cosby would be in jail, even I would have took that bet!”

According to spokesman Andrew Wyatt, Cosby – who was convicted in 2018 on three counts of aggravated indecent assault, and was sentenced to three to 10 years in prison – is a man who "broke color barriers in the Entertainment Industry." Wyatt added that “one would think that Mr. Murphy was given his freedom to leave the plantation, so that he could make his own decisions; but he decided to sell himself back to being a Hollywood Slave."

He continued, "Remember, Mr. Murphy, that Bill Cosby became legendary because he used comedy to humanize all races, religions and genders; but your attacking Mr. Cosby helps you embark on just becoming click bait.”

Wyatt then added, "Hopefully, you will be amenable to having a meeting of the minds conversation, in order to discuss how we can use our collective platforms to enhance Black people rather than bringing all of us down together."

Later in Murphy's "SNL" sketch, he launched into a Cosby impression, asking, “Who is America’s Dad now?”

The monologue wound up being a tribute to other prominent African American comedians in the United States, with Tracy Morgan, Dave Chappelle and Chris Rock all appearing on stage and talking about how Murphy had been an inspiration to them. This may have informed Cosby’s decision to focus on the history of black comedians when responding to Murphy’s jokes.

On Twitter, the reaction to Cosby’s statement was almost universally negative.

“30 yrs ago Cosby ("America's Dad”) called Murphy and told him that his filthy comedy was a bad influence on family morality. It's not a random dig. It's a callback,” comedian Loni Love tweeted.

Meanwhile Daily Dead writer Heather Wixson tweeted, “In the great debate of Bill Cosby vs. Eddie Murphy, I’ve seen the latter be absolutely gracious & kind to lots of people IRL . . . and Cosby is in jail for drugging & assaulting women. That’s a pretty easy choice for me.”