Conservatives reject Christianity Today's position on impeachment, because it's about power, not morality or faith 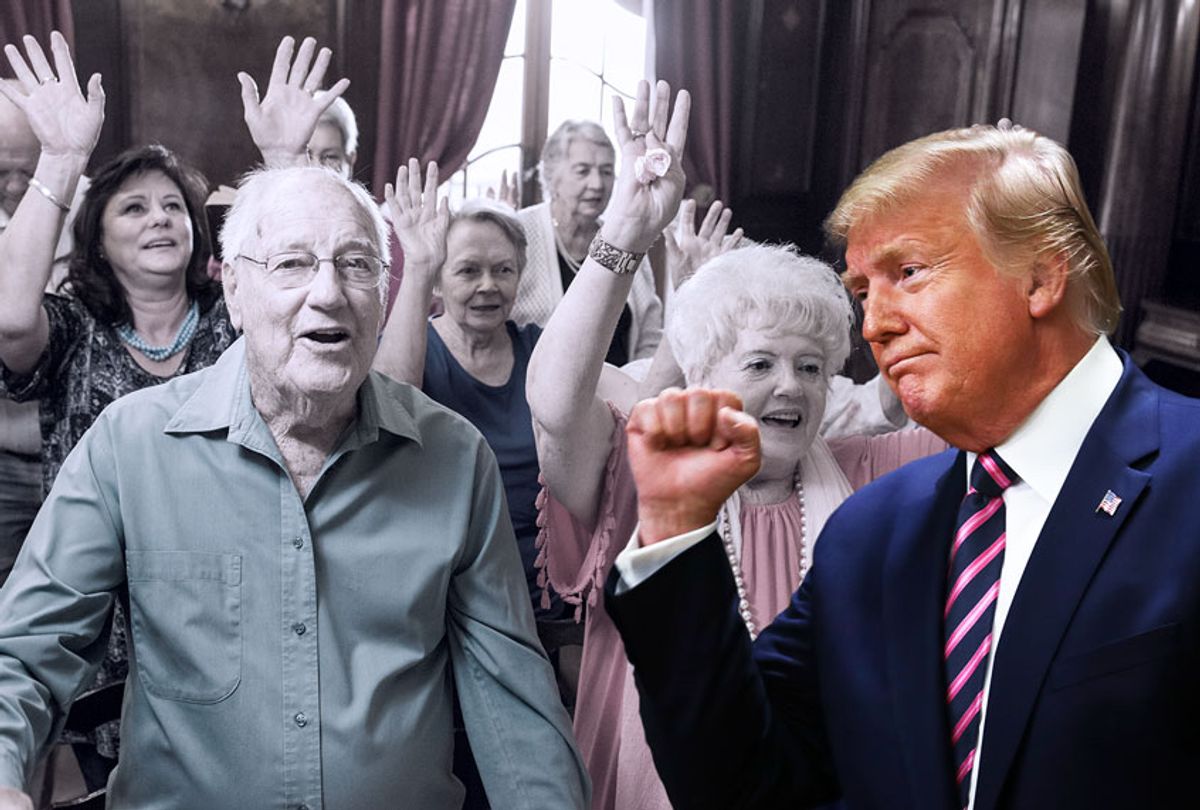 Even amid the holiday pressures to turn away from the news cycle, it was enough to capture public attention: On Thursday, the day after the House formally impeached Donald Trump, Christianity Today, the flagship publication of evangelical America, published an opinion piece by editor in chief Mark Galli, arguing that Trump should be removed from office. In an essay that bends over backward to accommodate Republican talking points, Galli nonetheless argued that Trump is "a near perfect example of a human being who is morally lost and confused" and begs evangelicals to consider "what an unbelieving world will say if you continue to brush off Mr. Trump’s immoral words and behavior."

Galli, however, is under no illusions that his speaking out will move the needle with white evangelicals. He told CNN, "I don't have any imaginations that my editorial is going to shift their views on this matter."

Sure enough, a group of 177 evangelical leaders — led by Liberty University's head Jerry Falwell Jr., recently in the news for "accidentally" emailing revealing photos of his wife to multiple people and being photographed drinking and dancing in a nightclub, behavior forbidden to his students — released a letter denouncing Galli and complaining that he "questioned the spiritual integrity and Christian witness of tens-of-millions of believers."

Well, yeah. Because it's blatantly obvious that anyone who defends Trump's criminality at this point is not acting out of spiritual integrity, but the opposite — they're people who have abandoned any semblance of morality or decency in their lust for power.

Not that the Christian right had much morality to abandon in the first place, as anyone who lived through the George W. Bush years can attest. Trump has simply revealed the large majority of white evangelical Christians for who they are: Not people motivated by sincere faith, but people who see "Christian" primarily as an identity marker that accompanies being white, a disdain for urban or metropolitan areas, and their self-identification as "conservative." All of which is used to justify their belief they and members of their tribe are the only legitimate Americans, and deserve to hold and wield a vastly disproportionate share of political power.

If anything, Galli has been way too generous to evangelical Trump supporters, telling the Atlantic that they believe that defending Trump somehow offers "good witness to the Gospel." No doubt there's a lot of posturing towards that end in conservative Christian circles, but it defies imagination that anyone actually believes that Trump will somehow help convert people to Christianity or convince them to walk the path of mercy and kindness preached by Jesus. In this instance, religious identification is just a cudgel, another way to define "real" Americans in the right-wing imagination against the cosmopolitan America that is racially diverse and broadly tolerant of Jews, Muslims, Buddhists, Hindus, atheists and other assorted non-Christians.

Sure enough, when the Washington Post visited an evangelical church in Wisconsin, most people there hadn't read the Christianity Today editorial and had no intention of doing so. One congregant complained that the magazine has been taken over by the "social justice movement" and therefore should be considered as the voice of "nonbelievers."

Obviously, the "belief" in question here has nothing to do with the gospel of Jesus Christ, who talked at length about valuing the downtrodden. It's a belief in the moral superiority of white conservatives and their right to rule over others, even when they are vastly outnumbered.

I saw yet another example of this when I wrote an article last month expressing sadness about feeling alienated from the Christmas spirit, at a time when many members of my own family support a president who has repeatedly suggested that people like me should be imprisoned or even murdered.

The reaction I got from conservatives was not a message of Christian charity or compassion for my suffering, much less any self-reflection about what Jesus might say about a leader who encourages his followers to hate people for being different or for simply speaking the truth. Instead, the reaction was a concentrated effort to increase my pain as much as possible, and ideally to inflict emotional harm on a scale that might cause serious damage to my mental health. (They failed, to be clear. But the fact that "Christians" would do such a thing was instructive in itself.)

The principal harassment strategy was to track me down on social media, even on my Instagram feed, and flood it with "Merry Christmas" messages — from white male strangers — to taunt me for my personal grief. It's particularly interesting that this was the weapon of choice. These people are taking what they supposedly believe is the birth celebration of their lord and savior and using it as a hurtful weapon. Is that the behavior of people who have genuine faith in Jesus' message of mercy and kindness, or the behavior of people who use "Christianity" as an instrument of domination over others they see as inferior?

My experience is hardly unique. Stirred by years of Fox News lying to viewers and telling them that liberals are somehow trying to take Christmas away, conservatives have increasingly embraced the phrase "Merry Christmas" to mean, basically, "F**k you" to anyone that they've deemed less than legitimate Americans.

Donald Trump himself has gone a long way towards encouraging this view of Christianity not as a faith of love and compassion, but as a label to divide "real" Americans from the non-persons. His reaction to the Christianity Today editorial was to claim that any Democrat elected in his stead would be a "a Radical Left nonbeliever."

That language is utterly nonsensical if "Christian" is taken to was refer to a spiritual belief system. Leading Democratic candidates Sen. Elizabeth Warren, Mayor Pete Buttigieg and former Vice President Joe Biden are all faithful followers of various Christian denominations. Sen. Bernie Sanders has said he identifies strongly with his Jewish heritage and has "spiritual feelings," although he is not a member of a congregation. Contrast that with Trump, who could not name a single book of the Bible when claiming to be a big fan in a 2015 interview, and who tried to put money on the Communion plate during an obligatory church appearance during the 2016 campaign.

For Trump and his followers, being "Christian" is now almost totally divorced from any belief in or understanding of actual Christian theology. It's about defining the in-group vs. the out-group. Jesus Christ himself could return from the dead and Trumpian "Christians" like Falwell would denounce him as a "nonbeliever" in short order. It's not about believing in Jesus. It's about believing in Donald Trump — and in the white nationalist identity politics he represents.