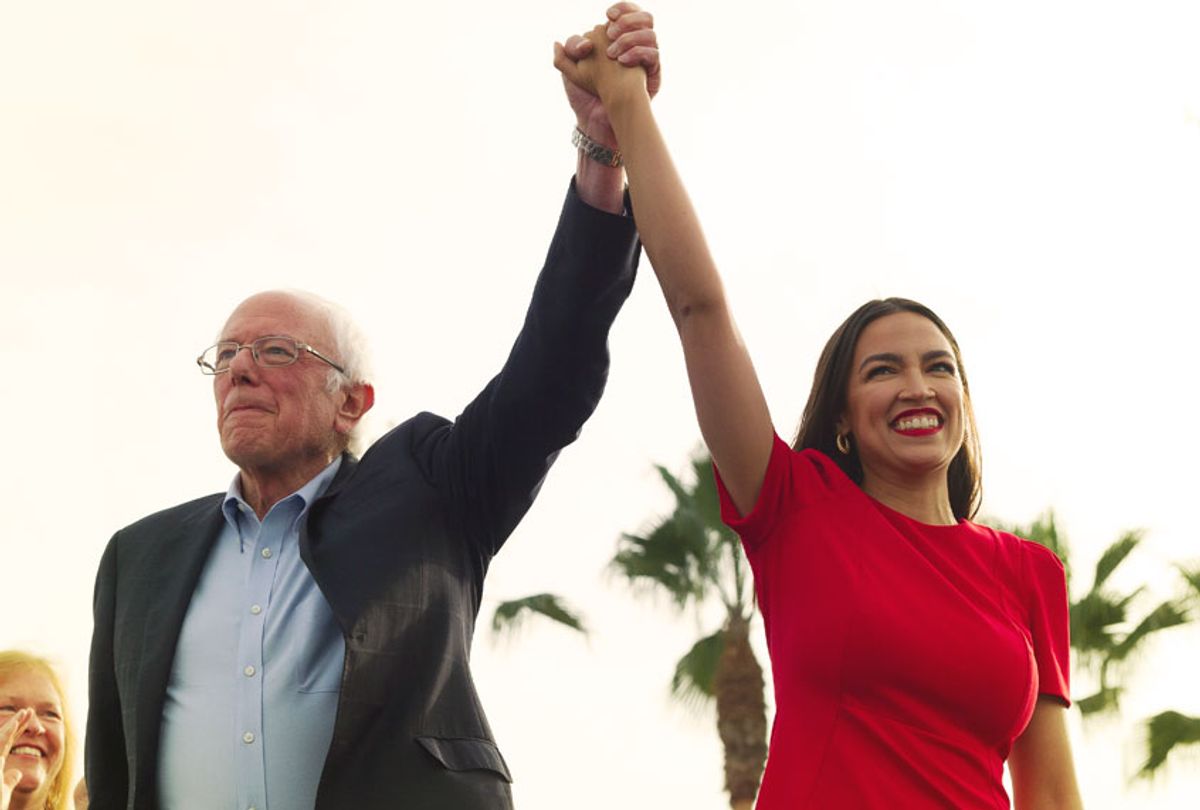 One of the largest campaign crowds of the year listened on Saturday, near Venice Beach in Los Angeles, as Rep. Alexandria Ocasio-Cortez, D-N.Y., laid out how the Bernie Sanders presidential campaign would work to reshape society in a fundamentally fairer and more democratic way.

"This is a movement decades in the making," said Ocasio-Cortez.

The first-term Democrat from New York City told the Southern California crowd that the pundits and politicians only care about how to fund government programs when they benefit the poor, but not when they're for war or provide tax breaks for the rich. That shows, she said, that budgets are moral documents that determine a society's priorities.

"They tell us, dollar and dime, how much we value ourselves and our priorities," said Ocasio-Cortez. "In that order."

"And what this campaign is about," she continued, "is a radical realignment of our priorities in the United States of America."

The crowd for the rally was estimated at 20,000 people.

Before Ocasio-Cortez spoke, actor Tim Robbins and activist and Harvard professor Cornel West both took the stage to rally the crowd.

Ocasio-Cortez asked the crowd of supporters to do whatever they can for the Sanders campaign.

"I want to ask you to wear out your shoes for this," she said.

In an apparent reference to Mayor Pete Buttigieg's exchange with Sen. Elizabeth Warren at last week's Democratic debate in Los Angeles, Ocasio-Cortez also dismissed the centrist argument that asking for progressive values to be reflected in Democratic leadership is too much.

"For anyone that accuses us of instituting purity tests, it's called having values," said Ocasio-Cortez. "It's called giving a damn."