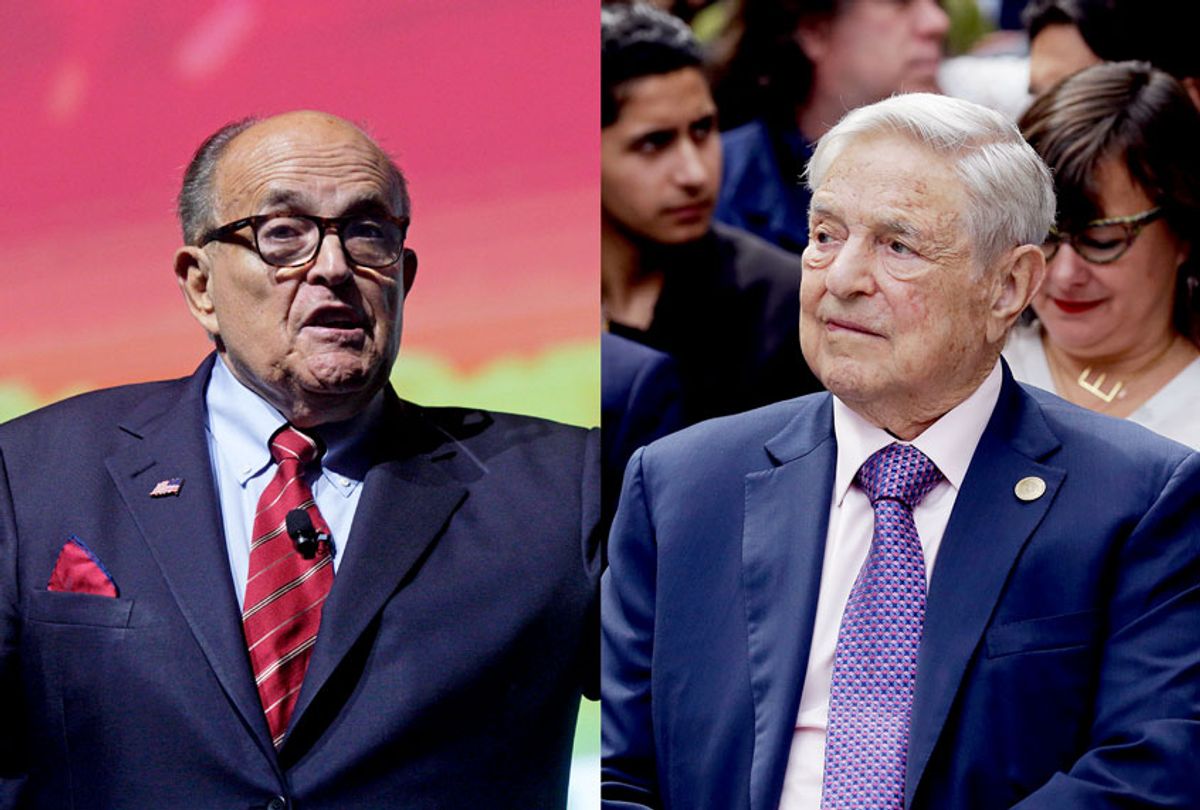 President Trump’s personal attorney Rudy Giuliani, the former mayor of New York, told Olivia Nuzzi of New York Magazine that he considers himself to be more Jewish than the billionaire philanthropist and progressive George Soros.

After claiming that former Ukraine ambassador Marie Yovanovitch is “controlled” by Soros, Giuliani attempted to preemptively dismiss accusations of anti-Semitism by saying, “Don’t tell me I’m anti-Semitic if I oppose him. Soros is hardly a Jew. I’m more of a Jew than Soros is. I probably know more about — he doesn’t go to church, he doesn’t go to religion — synagogue. He doesn’t belong to a synagogue, he doesn’t support Israel, he’s an enemy of Israel. He’s elected eight anarchist DA’s in the United States. He’s a horrible human being.”

To be clear, Giuliani is a Roman Catholic and Soros is Jewish. A number of prominent Jewish individuals and institutions criticized Giuliani’s comment.

Adam Serwer, a staff writer at The Atlantic, made a similar argument on Twitter.

Maggie Haberman, a White House correspondent for The New York Times and political analyst for CNN, suggested that Giuliani was setting himself up "as the arbiter of who is Jewish" based entirely on political ideology:

President Trump, who appears to be Giuliani's only client, has himself made a number of anti-Semitic comments throughout his political career. During the 2016 presidential campaign he told the Republican Jewish Coalition that "you’re not going to support me because I don’t want your money" and remarked, "Is there anyone in this room who doesn’t negotiate deals? Probably more than any room I’ve ever spoken.” Shortly before that election, Trump's campaign released an advertisement denouncing individuals "who control the levers of power in Washington" and are "the global special interests," while showing pictures of Soros, then-Federal Reserve chair Janet Yellen and Goldman Sachs CEO Lloyd Blankfein, all of whom are Jewish.

In August, Trump argued that "any Jewish people that vote for a Democrat, I think it shows either a total lack of knowledge or great disloyalty.” Earlier this month he told the Israeli American Council, “You have people that are Jewish people, that are great people — they don't love Israel enough. You know that. You know that." He later added that members of the group could not support a wealth tax like the one backed by Sen. Elizabeth Warren of Massachusetts, saying, “You’re going to be my biggest supporters because you’ll be out of business in about 15 minutes.”