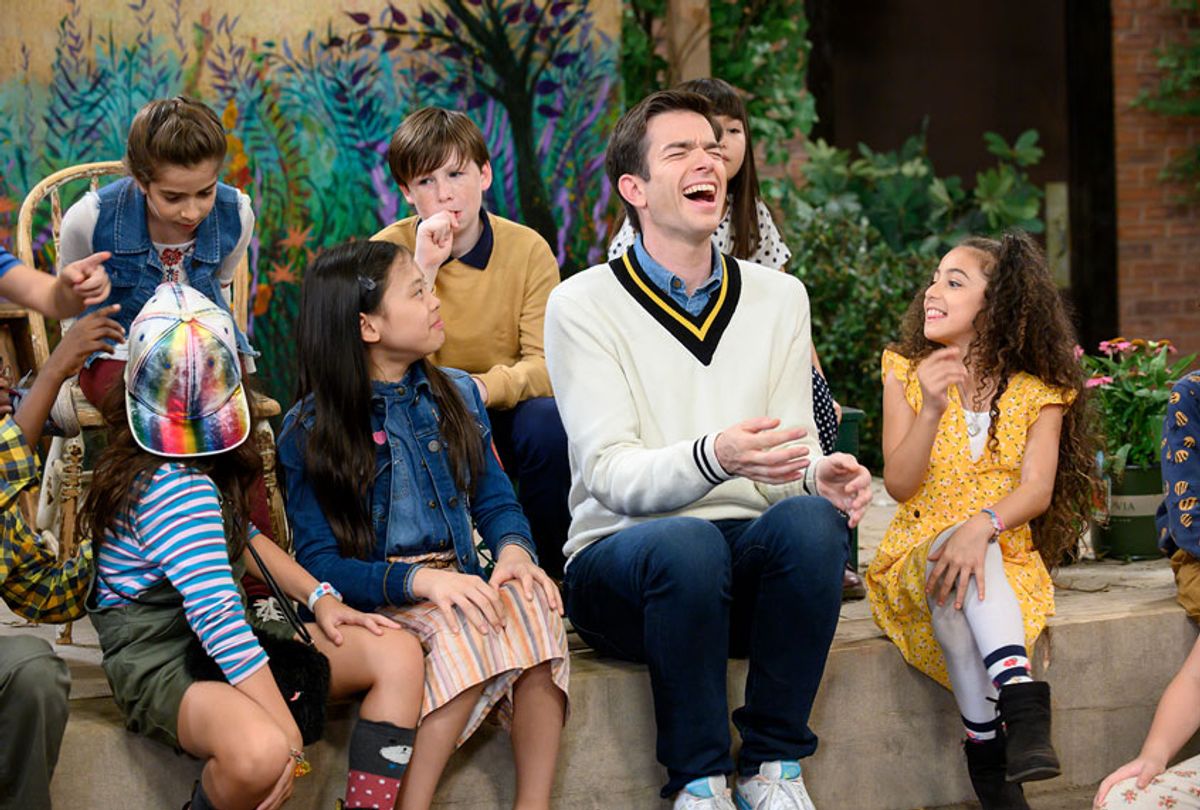 If there was ever a year we needed Mister Rogers, it was this one. He was, as described by journalist Tom Junod, a rather peculiar man — remembered not just for his goodness, but rather the peculiarity of his goodness, especially in this dark sociopolitical time. He is also remembered for the meticulous care he took in formulating his show, made specifically for an audience of children. For example, he edited the scripts with such an exacting hand that the writers of the show referred to the resulting lines as a special language, “Freddish.”

Now, John Mulaney is no Fred Rogers; despite donning a cream-colored pullover (an analogue, perhaps, to Rogers’ at-home cardigans?) for “John Mulaney & the Sack Lunch Bunch,” there is a certain wryness to his delivery throughout the new children’s television special that stands in opposition to Rogers’ almost gutting sincerity.

It may even seem odd to compare the two, but like Rogers, it’s obvious how particular Mulaney was in crafting this Netflix special — how much time went into this selecting guests, casts, and bits. Or, as Mulaney puts it at the beginning of the hour-long adventure with the Sack Lunch Bunch: “What you’re about to see is a children’s TV special, and I made it on purpose.”

“John Mulaney & the Sack Lunch Bunch” is partially a nostalgia-play for viewers who grew up in the late '70s and early '80s with children’s television programs like “Sesame Street,” “The Electric Company,” and “The Great Space Coaster” and what feels like a particularly memorable "SNL" sketch that gently skewers those exact programs.

It features performances by well-known adult cast members like Natasha Lyonne, André De Shields, and David Byrne — who sings a really endearing song about why parents should put down their phones and hang out with their families. Do kids know who Richard Kind is? I mean, probably not — though they may recognize his voice from a few Pixar films. Does it matter? Not really, and that’s what helps bridge this special for multiple generations. It is, as described on the special, “a show for kids, by adults, with kids present.”

And the child actors, aged 8 to 13, that populate this series — like Lexi Perkel, Alexander Bello, Zell Steele Morrow, Ava Briglia, Jacob Laval, and Cordelia Comando — deliver multi-talented performances that are equal parts heartwarming and self-assured. They (specifically Briglia) hold their own against Mulaney, which is no easy task.

I’ve written about my respect for Mulaney as both a comic and writer before, from his bizarre turn as Henry David Thoreau on Apple TV+’s “Dickinson” to the memorable characters he’s created like Bill Hader’s Stefon or George St. Geegland from the Broadway show “Oh Hello.” He’s unafraid to stretch his abilities as a performer and producer.

This hasn’t always been successful — the short-lived Fox sitcom “Mulaney” is proof — but when Mulaney’s comedic risks work, they really pay off. Put another way, “John Mulaney & the Sack Lunch Bunch” will be remembered, not just for its goodness, but for the peculiarity of its goodness, too.