What do kids really think about Santa?

oung children are captivated by the Santa Claus myth 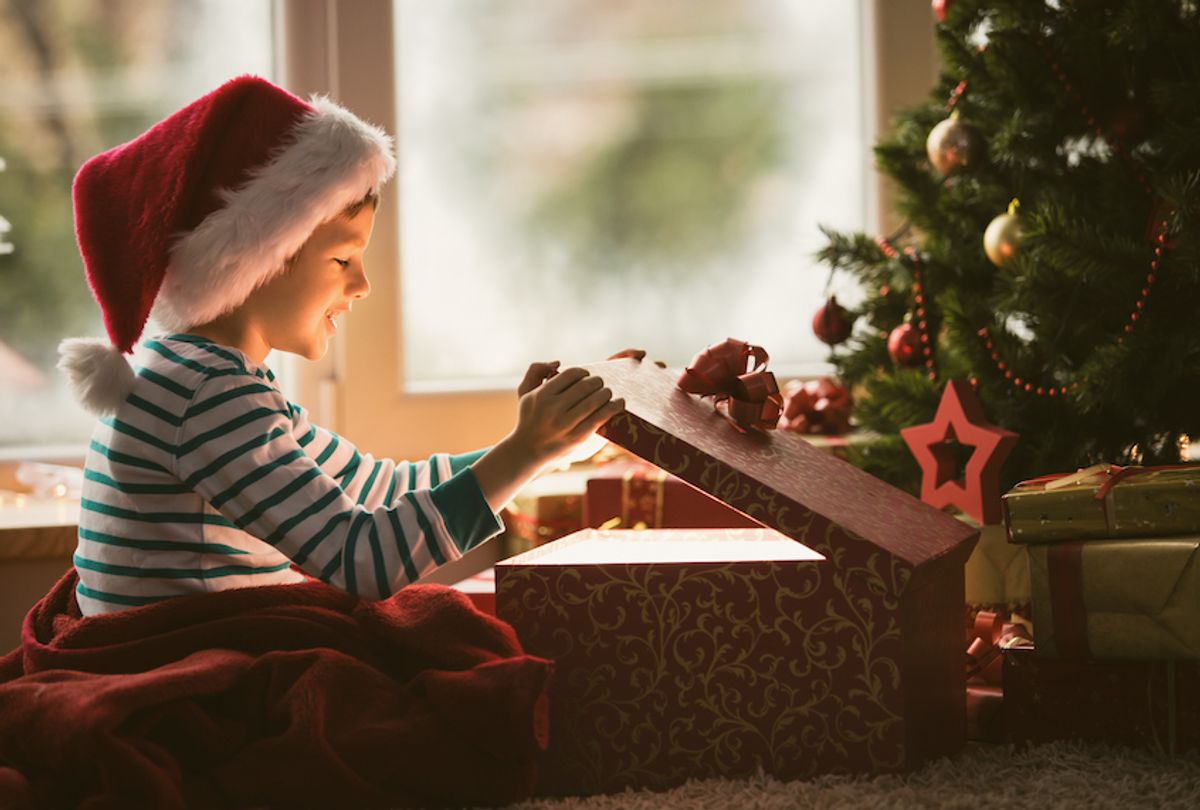 Children’s belief in Santa may be taken as evidence that they’re gullible or unable to distinguish fantasy from reality. But, consider your reaction to the following scenario:

The past few nights, the local news has been filled with reports of an unidentified person who has broken into homes, stolen car keys and driven away with vehicles. The culprit hasn’t left much evidence behind, aside from muddy boot prints.

You wake one morning to find a trail of mud on your floor, notice your car keys are missing and run to the window — your car is gone. You immediately think that this must be the work of the person from the news. Minutes later you get a call from your messy — and inconsiderate — roommate. He apologetically explains that he tried to walk to work as usual, but it was raining heavily, so he went back into your apartment with soiled shoes and borrowed your car for the day.

In the U.S., adults, peers and TV commercials give children the constant narrative that Santa exists. Children visit shopping centers where they meet a person elaborately dressed as Santa, sit on his lap and divulge their desired gifts. Parents then plant evidence — the cookies and milk on Christmas Eve, the half-eaten cookies, the half-empty milk glass and — most important — presents under the tree on Christmas morning.

Believing that Santa exists is no more evidence that children are gullible than is your initial deduction that a wanted criminal broke into the apartment. To the contrary, children are at times more skeptical than adults about a variety of people’s claims and assertions.

What exactly do children believe?

This is where the developmental story becomes more interesting and nuanced. These beliefs depend on children’s concepts of the world, and these concepts undergo dramatic development across childhood.

For example, there are substantial individual differences and developmental changes in how children conceptualize the Earth and in how they conceptualize time and speed.

If a young child believes that the Earth is rather small or that there aren’t many people in the world, then believing in Santa’s 24-hour mass gift distribution isn’t so far-fetched. There are also substantial differences in children’s concept of minds. Young children, in particular, find it difficult to conceptualize someone who is all-knowing or who knows about their every thought and move. Preschoolers likely believe that Santa has a special mind, that he may know some things that most other adults don’t know but not everything.

So, young children typically believe that Santa exists, but in a more mundane form than adults let on.

When the believing stops

Yet, even within cultures where messages about Santa and physical evidence of Santa’s existence pervade, most children eventually come to realize that Santa doesn’t exist.

Messages from friends may slowly erode children’s belief, or children may catch parents in the act of feasting on Santa’s cookies or placing presents under the tree.

By the age of about eight, most children don’t actually believe in Santa anymore.

So why do they continue to participate in the annual ritual? Why do they act as if Santa really exists and actually delivers presents to them — of course, only if they’ve been nice?

The simple answer is because it’s fun. This is similar to their having imaginary friends. Children with imaginary friends realize that those friends aren’t real people, but they pretend to play with them and tell people about them because that fantasy is enjoyable and rewarding. Playing with the idea that Santa is real has the added benefit of receiving toys every year! When older children indulge in the mythology of Santa, they are playing the game with adults, who themselves enjoy the fantasy.

Are there consequences to deceiving children about Santa? Do children lose trust in their parents when they realize that it was all an elaborate ruse?

There’s not much research that directly answers these questions. One of the few studies that asked children about their reactions found that children experienced more positive emotions than negative emotions when they learned about the myth, whether they discovered the ruse themselves or parents told them.

Considering that children may understand that it’s a game before their parents realize that they do — and children continue playing along — and considering that the whole fantasy plays out in the context of fun and togetherness, there’s probably more to gain by playing along than there is to lose.