Fox cries "censorship," but the CBC claims that it edited the film years before Trump even ran for president 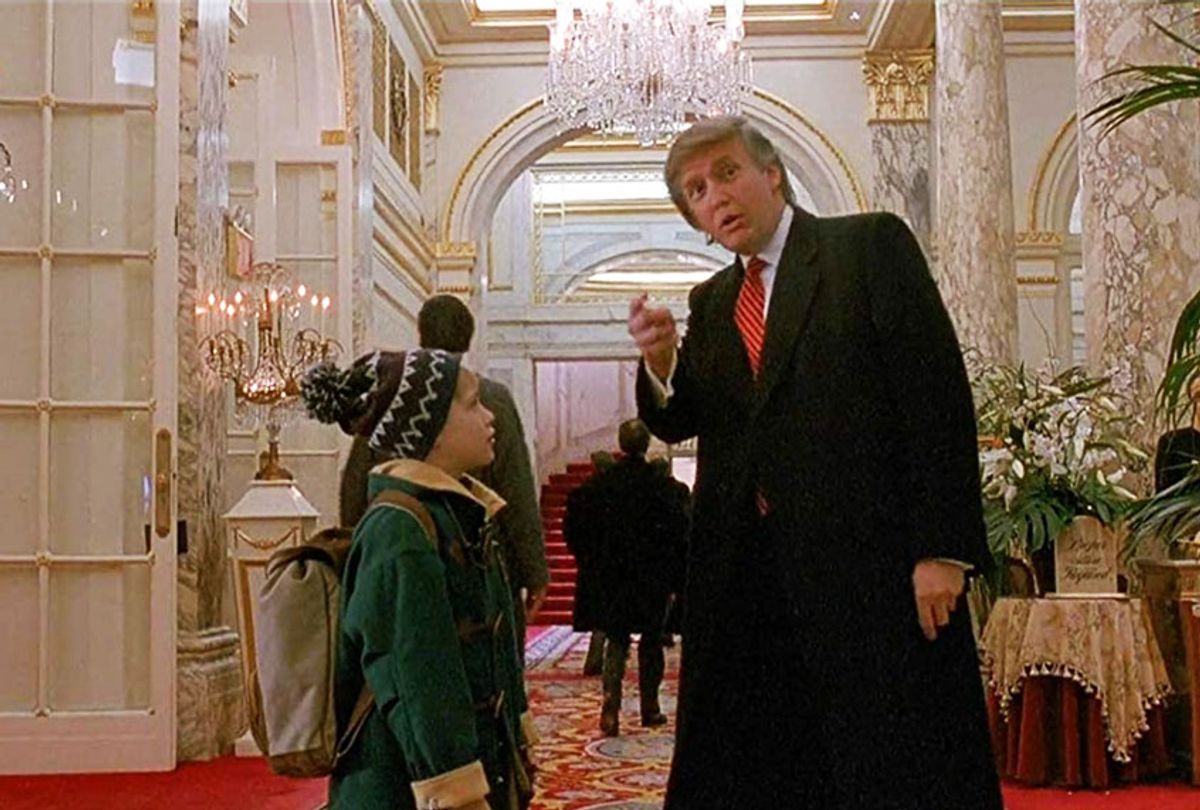 The hosts of “Fox & Friends” are not happy that a Canadian television network edited out President Donald Trump’s cameo in the film Home Alone 2: Lost in New York.

Long before he became president, Trump briefly appeared in the 1992 John Hughes film.

"Down the hall and to the left," Trump, playing himself, tells Macaulay Culkin’s character Kevin McCallister after the boy asks for directions to the lobby of the Plaza Hotel. Trump owned the property at the time.

The president bragged about his cameo in the film Tuesday when asked about his favorite Christmas film.

"Well, I'm in Home Alone 2," Trump told troops stationed overseas during a video conference on Christmas Eve. "A lot of people mention it every year, especially around Christmas. They say — especially young kids — they say, 'I just saw you on the movie.' They don't see me on television as they do in the movie. But it's been a good movie, and I was a little younger, to put it mildly. And it was an honor to do it."

"And it turned out to be a very big hit, obviously," he added. "It's a big Christmas hit — one of the biggest. So it's an honor to be involved in something like that. You always like to see success."

But the Canadian Broadcasting Corporation (CBC) cut out Trump's cameo from a version of the film it aired ahead of Christmas.

The network said in a statement to ComicBook.com, which first reported on the edited version of the film, that Trump’s cameo was cut due to time constraints.

"As is often the case with features adapted for television, Home Alone 2 was edited to allow for commercial time within the format,” the network said.

The news did not sit well with the president’s son. Donald Trump Jr. shared a post from a conservative blog that called the edit “pathetic” in its headline.

The president’s supporters at Fox News accused the CBC of maliciously cutting Trump’s cameo out.

“They claim it’s because they needed to leave room for commercials,” co-host Ed Henry sarcastically said on Thursday’s edition of Fox & Friends. “That’s the one part — like six or seven seconds — they cut.”

Henry suggested that the network was suffering from “Trump Derangement Syndrome.”

Conservative pundit Mark Steyn argued on the show that the CBC is “terrified” that “people will remember before he was the ‘new Hitler’ he was actually a beloved mainstream cultural figure.”

“He’s in everything. He’s on the Regis Philbin Christmas album in the middle of ‘Rudolph the Red-Nosed Reindeer,’” Steyn protested before imitating Trump’s part on the album.

“That’s who Trump was before he was the ‘new Hitler,’ and I think they’re terrified of these little things that will remind people just how deranged his opponents are.”

But the CBC says its critics are the ones who are were triggered after Trump’s elections.

“These edits were done in 2014 when we first acquired the film,” the CBC said in a statement, “and before Mr. Trump was elected president.”