McKayla Wilkes, a 29-year-old student and activist, hopes to replicate AOC's model — in the Maryland suburbs 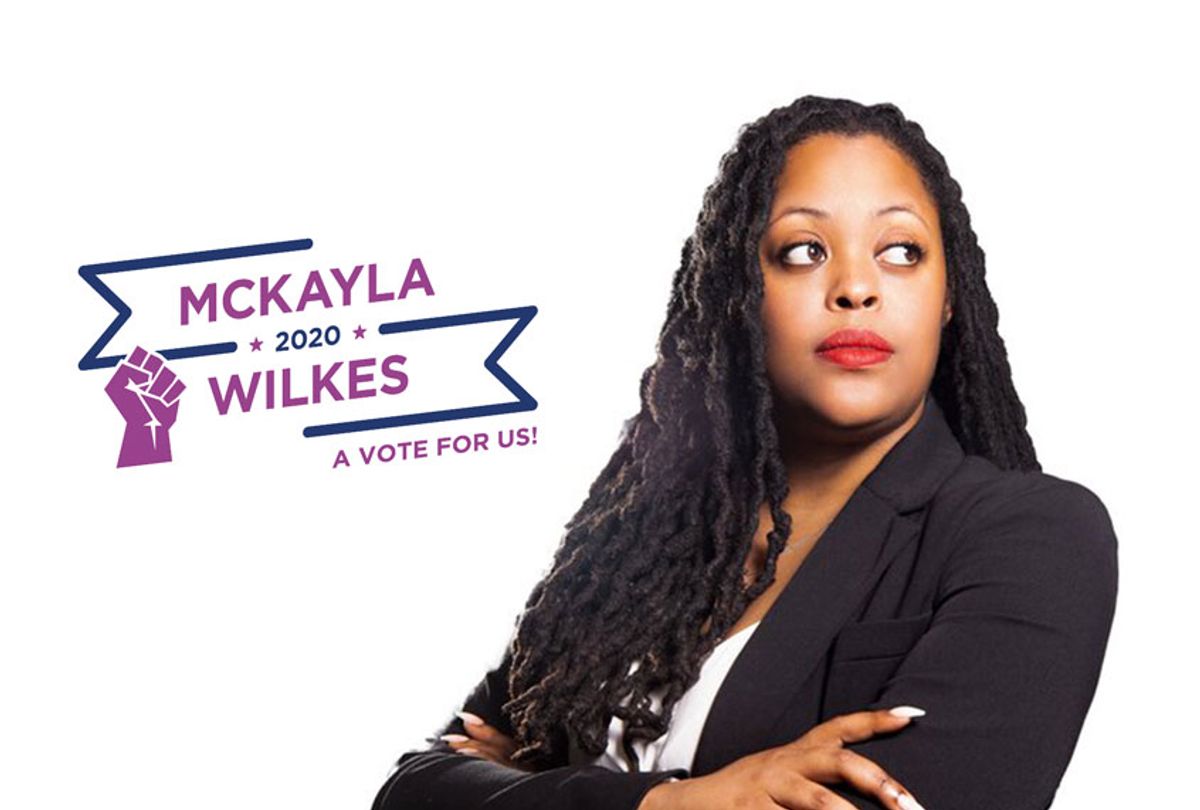 McKayla Wilkes, a 29-year-old college student and activist running a grassroots campaign to unseat 20-term incumbent Rep. Steny Hoyer, the No. 2 Democrat in the House of Representatives, is fighting a battle against very long odds. Consider her first major endorsement in the 2020 race, from former Democratic Sen. Mike Gravel of Alaska.

Gravel, the anti-war two-term senator who ran a decidedly unconventional social-media campaign for the 2020 presidential election cycle — but has since withdrawn and endorsed Bernie Sanders — told Salon exclusively why he has endorsed the political newcomer.

"I am delighted to endorse McKayla Wilkes for Maryland's 5th congressional district. Her views and voice will make a much needed contribution in Congress," Gravel said. "My hope is that her success will follow the model of AOC," referring to Rep. Alexandria Ocasio-Cortez, D-N.Y.

Wilkes, a single mother of two, told Salon that she is hoping to replicate the unlikely 2018 primary victory of Ocasio-Cortez, who became the youngest woman ever elected to Congress after defeating 10-term incumbent Rep. Joe Crowley, a member of the Democratic House leadership. Ocasio-Cortez has become the nation's second-most talked about politician (after President Trump) and a public face of the deepening ideological divide within the Democratic Party.

"But in 2018, when I saw AOC win her race, I thought, 'Wow, regular people who have never been in politics can run for office — and they can win.' That is just what inspired me to think, you know what? I don't have to wait. I don't need all of these things. My experience is my first-hand experience with the way that legislation affects us," she continued.

Wilkes, who declared her candidacy in February and kicked off her official campaign in June, has a lot in common with the New York Democrat. She is also a young woman of color trying to unseat an older white man who is an entrenched power in Congress. (Hoyer is 80 years old, and was first elected to Congress in 1981.) Her platform emphasizes Medicare for All and the Green New Deal — two progressive policy proposals that Ocasio-Cortez has rallied behind, and that Hoyer has notably declined to support.

Hoyer has represented Maryland's 5th district, a safe Democratic seat that comprises the suburban and rural region southeast of Washington, D.C., for more than three decades. Wilkes told Salon that she believes Hoyer has become "completely disconnected" from the people he represents. She claimed the congressman has struggled to keep up with the demographic and cultural changes in his district, and has done nothing to address the crisis of affordable housing and homelessness sparked by a growing population and intense gentrification.

Hoyer campaign press secretary Annaliese Davis rejected claims that the congressman is disconnected from his constituent's and said Hoyer "continually meets with individuals and families throughout the 5th District to hear directly from them about the issues they care about and is working to address them, including universal access to affordable, quality health care; addressing the climate crisis; improving access to affordable housing; creating good paying jobs in our communities; and improving our broken criminal justice system." She added that the congressman's "seniority in the House of Representatives, legislative experience, and countless relationships throughout the state are strengths that make him uniquely able to serve his constituents."

Wilkes is not the first Democrat to challenge Hoyer from the left. He has faced primary challenges before and vanquished them all easily. Wilkes is aware he won't be easy to defeat, but says her personal experience with core issues like health care and criminal justice, will help her stand out to voters.

Wilkes is a unique candidate in one important respect: She speaks openly and passionately about her criminal record, a factor she addressed directly in a campaign ad.

"When I was 15 I was placed in juvenile detention facilities for running away from home," Wilkes says in a campaign video shared to Twitter. "There was even one instance where a guard threatened to hold me down and cut my braids out if I didn't cut them out myself. I was even jailed for driving on a suspended license. I was seven months pregnant, living paycheck to paycheck. I couldn't afford to pay all of my tickets and court fees, and I had no choice but to drive or I would lose my job."

Wilkes argues in the ad that "we need a system that offers rehabilitation, instead of exploitation." She says she supports ending cash bail and ending the "failed war on drugs," and making sure that pregnant women are treated fairly in prison.

"Our representation is so out of touch with the people's needs. Even worse, they're funded by those who profit off our most vulnerable," she says in the video.

Wilkes isn't Hoyer's only challenger in the race. Civil rights lawyer and former teacher Brianna Urbina launched her own campaign earlier this year and is running on a similar platform, citing affordable housing, Medicare for All, the Green New Deal and criminal justice reform as top priorities. Like Wilkes, Urbina is a young, progressive woman of color — she identifies herself as an "Afro-Latina, lesbian woman" — who is calling for a generational change in the district's leadership.

It seems plausible that only one of these challengers will prove viable, Wilkes has locked down several important endorsements, including those of the progressive group Brand New Congress, which previously fueled Ocasio-Cortez's campaign; the Metro D.C. chapter of the Democratic Socialists of America; and youngPAC, which recruits and support young, diverse progressives to run for office. College Democrats from Salisbury State and Frostburg State, two public universities in the state but not in the 5th district, along with Women for Justice and the climate action group 350 Action, have also backed Wilkes.

Despite her growing slate of endorsements, Wilkes' effort to replicate Ocasio-Cortez's victory will likely be challenging. New York's 14th district has a large majority of people of color and many immigrants; only about one-fifth of its residents are white. Maryland's 5th district, on the other hand, remains majority white and relatively affluent, although it is now close to one-third black. If Wilkes has any realistic shot, it's because 2020 is a presidential election year, which ought to mean a large turnout of younger, more diverse voters invested in the Democratic primary.

Maryland voters, Wilkes said, will be offered a choice between the transactional politics of the past and a more passionate vision aimed at the future. They have the chance to elect someone "who is going to represent their interests," she said, and who believes that "politics are absolutely personal — politics should not be run as a business."

This story has been updated to include a comment from the Hoyer campaign.