Pelosi “has the right” to submit Trump to an “involuntary evaluation": Yale psychiatrist Bandy Lee

“I am beginning to believe that a mental health hold . . . will become inevitable," Lee tells Salon in an interview 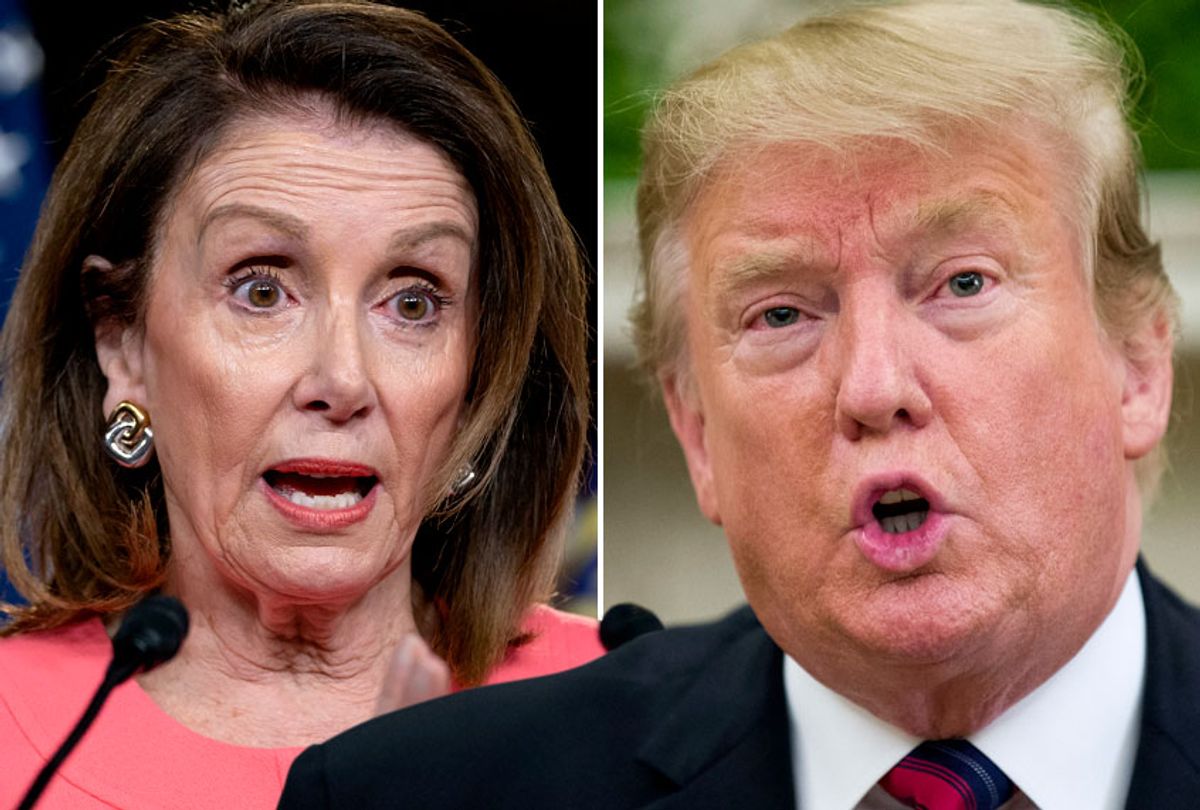 A Yale psychiatrist who has repeatedly sounded the alarm about President Donald Trump’s mental health has cautioned that Speaker of the House Nancy Pelosi is not doing enough to respond to the danger it poses.

Bandy X. Lee, a professor of psychiatry at the Yale University School of Medicine who serves as president of the World Mental Health Coalition, began warning about the dangers posed by the president’s mental health before his election. Lee then edited the book "The Dangerous Case of Donald Trump: 27 Psychiatrists and Mental Health Experts Assess a President" and convened a conference on the president’s mental health at Yale shortly after the president's inauguration. She was recently joined by psychiatrists across the country in calling for the Judiciary Committee to convene a panel of mental health experts to weigh in on the ongoing impeachment proceedings.

Lee also “translates” some of Trump’s tweets on her own Twitter feed, which she described to Salon as a “public service.” Lee said she wants her “translations” to help readers see past Trump’s efforts to muddle reality with his “negative influence.” She recently “translated” Trump’s scorching six-page letter to Pelosi accusing her of trying to “steal the election” ahead of the House vote to impeach him in a Medium post.

Arguing that the letter effectively serves as a “confession," Lee said that Trump’s letter was an example of the president projecting his own motives onto Pelosi. But Lee warned that Pelosi has not done enough to respond to the president.

“As a coworker, she has the right to have him submit to an involuntary evaluation, but she has not,” Lee told Salon. "Anyone can call 911 to report someone who seems dangerous, and family members are the most typical ones to do so. But so can coworkers, and even passersby on the street. The law dictates who can determine right to treatment, or civil commitment, and in all 50 U.S. states this includes a psychiatrist.

"The advantage of a coworker starting this process is that a court can mandate a mental capacity evaluation before the dangerous person returns to work," Lee continued. "The committing physician is preferably the patient's treater, but does not have to be."

While Lee added that Pelosi’s strategy of withholding the articles of impeachment from the Senate has been effective, she also warned that the delay risks making Trump even more dangerous.

“I am beginning to believe that a mental health hold, which we have tried to avoid, will become inevitable,” Lee said.

In a recent interview with Salon, Lee discussed her “translation” of Trump's letter, Pelosi’s relationship with him and the growing dangers posed by the president’s mental health with Salon:

What was your main takeaway when you first read Trump's six-page letter to Pelosi?
First, he is highly unwell, which I am glad many finally seem to see now. More specifically, you can tell how unwell he is by the degree he cannot deviate from his defenses: mainly, denial and projection. We often say he is “doubling down.” A truly sick person will be unable to show any tolerance of ambiguity, doubt or flexibility in thinking. The letter, like his lengthy interviews or his chronic tweeting over years, is unable to show any variation from the characteristic rigidity of pathology.

Denial is when you shut out of consciousness things that are too painful to consider, such as the fact that he is incapable of serving as president. He “knows” this better than anybody, which is why he has to push down the truth by saying: “I alone can fix it,” or “I know better than anybody.” Projection is when you displace undesirable traits of yourself you are trying to deny onto others. Most people will see that he is projecting his own unacceptable thoughts and motives onto Pelosi.

Why go through the trouble of “translating” Trump’s lengthy letter?
I started “translating” Trump’s tweets as a public service sometime in the summer, because I could see his negative influence as he tries to reform others’ thoughts. Even for those who do not believe him, he pushes the needle. The impressive inefficacy of former special counsel Robert Mueller’s report and then the impeachment proceedings in changing people’s minds should convince people of how powerful these mechanisms are. I intend my “translation” to neutralize some of his effects, as well as to “immunize” readers by arming them with the right interpretation. For example, they can now see that his severe symptoms make it right to decipher up as completely down and black as completely white.

Without this, it is easy for people to get confused about what is reality, and all will become of equal validity without being testable, which is the purpose. If we read his letter correctly, on the other hand, it works as a confession.

Psychoanalysts will recognize the method. It is a very standard way of coming to understand someone.  First, you arrive at a “formulation” of the person from detectable, external patterns — and many clinicians say that they know more about Donald Trump than any patient they have ever had in their careers, as he is extremely transparent from his unfiltered tweets and from the overabundant, high-quality information that is available, including sworn testimonies. Once you have a formulation, you keep testing it until you reach a reasonable level of certainty. Then, you can interpret what one is saying in light of one’s defense mechanisms. And the more impaired the person is, the more predictable the thoughts and behavior will be.

Some people will dispute the ethics of disclosing what I see, and my response is: danger. We are legally bound to break patient confidentiality for safety reasons, and a president is not even a patient.

What was Trump trying to tell Pelosi with the letter?
He was not telling her anything so much as telling himself and his “base." He senses better than anyone that she sees through his façade and knows he is incapable — his biggest fear. And so he will wish to avoid her just as he does other healthy world leaders. He prefers to associate with his “kind": those who are too deprived to notice, the uneducated, other incapable “leaders” such as dictators and those who successfully manipulate him.

The severity by which others are affected is what induces me to believe that Trump is sometimes truly paranoid and delusional rather than merely lying. The difference is a matter of degree, and I have enough experience with this dynamic in prison settings to recognize that this is at pathological levels. In this context, almost anyone who actively takes the side of the president is likely to have some degree of the “shared psychosis.” If you were unaffected, you would be repelled. And this is why we often see a clear split, much like the binary division in our country.

Pelosi called the letter “really sick.” What did you make of her reaction?
She has said this a number of times, but I am not sure she is convinced of her own words. If she were, shouldn’t she be responding to it as an emergency? As a coworker, she has the right to have him submit to an involuntary evaluation, but she has not. There is also the common mistake to think that mental impairment and criminality are mutually exclusive, when they have nothing to do with each other, but happening in the same person can cause much greater danger.

Trump is reportedly angry that Pelosi is not sending the articles of impeachment to the Senate, where he believes he will be acquitted. How do you think the president will respond if she continues to delay the trial?
We have created one of the most dangerous periods by first delaying impeachment and allowing his false sense of impunity to swell and then proceeding. Impeachment is much needed as “limit setting,” and the House speaker has done well to set limits on the Senate by delaying the articles. But we simply cannot ignore the dangers. I am beginning to believe that a mental health hold, which we have tried to avoid, will become inevitable.