Our foreign policy year is a mixed record at best 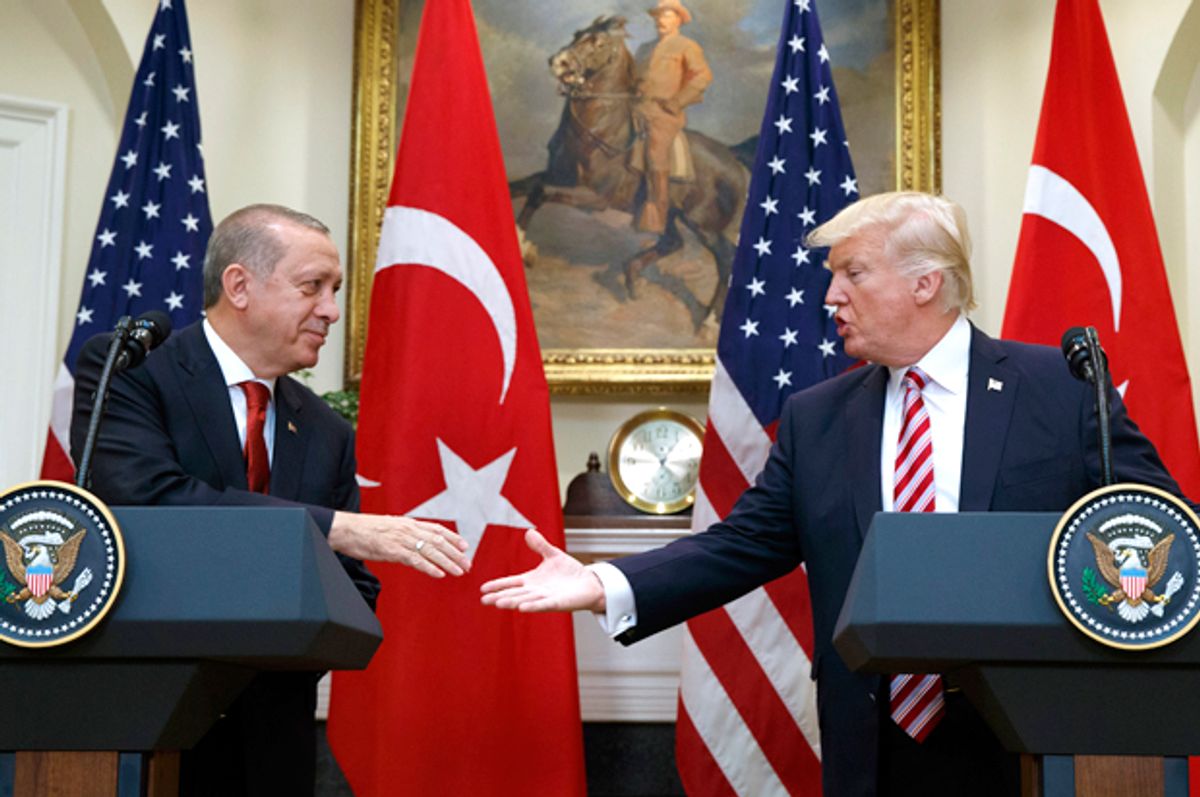 End of year proves a good platform for looking back to sum up administration achievements or missteps over the year, as well as how certain we are about the directions in which our nation is moving.

Americans looking at foreign policy and our relationships overseas will find this year deepened U.S. isolationism, widened support for authoritarian governments, made American primacy in trade the weather vane for our thinking, as opposed to, say, human rights,  and continued Donald Trump’s role as a worldwide disrupter.

The year will start and end with Trump’s confusing meld of domestic political gain toward his re-election with the formation of the people and policies of America’s standing with the rest of the world. The impeachment proceedings that hang over the end of the year are a textbook on using the levels of official policies and rogue personal political desire for dirt on political enemies with interference in domestic elections by foreign governments.

Overall, our foreign policy year is a mixed record at best, even if you somehow subscribe to American boorishness in the china shop of diplomacy.

Clearly, Trump’s backers see as positives Trump somehow standing up to Europe, backing nationalist efforts including Brexit, efforts to build a Wall on the southern border and the endless White House campaigns against non-white immigrants of all stripe. To the rest of us, those ideas crystallize the breaking of traditional alliances, the extension of racist and non-caring immigration thinking and the spread of institutional uncertainty.

The biggest wins of the year–progress toward new bilateral trade agreements with China and other nations and adoption of a rewritten North American trade agreement to replace 25-year-old NAFTA–show the role of trade (and hoped for U.S. jobs) in forming national policy. They also show that a foreign policy built on tariffs and the threat of tariffs creates and maintains an underlying sense of uncertainty among investors.

My take: There is not a clear win in any individual deal, but a set of policies that are positive, just never to the degree that Trump promises or describes.

Step back to ask about national security — whether we are safer today than a year ago:

Banished advisers
Part of the foreign policy picture is that Trump this year has rid himself of the most respected of his advisers. Instead, he has increasingly isolated himself, a mirror of his foreign policy, to make decisions based largely on gut and on personal relationship.

So, our European alliances have further eroded, as have personal relationships with France’s Emmanuel Macron, Canadian leader Justin Trudeau and plenty of others. The oversized attention to a video of other political leaders laughing privately behind his back just shows how sensitive Trump is to criticism of any kind. In response, Trump stomped out early from a NATO summit to the isolation of his Twitter account.

Even the hawks like John Bolton are gone from the National Security Administration, as well as anyone, including Pentagon brass, who might question uninformed Trump decision-making. Because we had a whistleblower who went to superiors about Trump’s statements in a phone call to Ukraine, we have the White House now whittling  the list of official listeners, not changing the content of these calls to conform with U.S. policies.

In the Trump re-telling, all these events are good for him and great for the country. He is draining the swamp by removing people who have spent their careers studying Russian or Middle-Eastern cultures and decision-making. He is making America seem strong by threatening friends with economic sanctions. He is appealing to the personality cults of the world’s dictators.

Much of this gets mixed up, of course, with Trump’s domestic election focus and his personal need for adoration.

But for the rest of us, this year of America on the world stage proved a divisive, increasingly bare-knuckled affair that often has not proved effective.