My Christmas Eve in Dollar General: Trump has been impeached, but life goes on

We've "normalized" everything else about Donald Trump — so now his impeachment feels normal too. It shouldn't 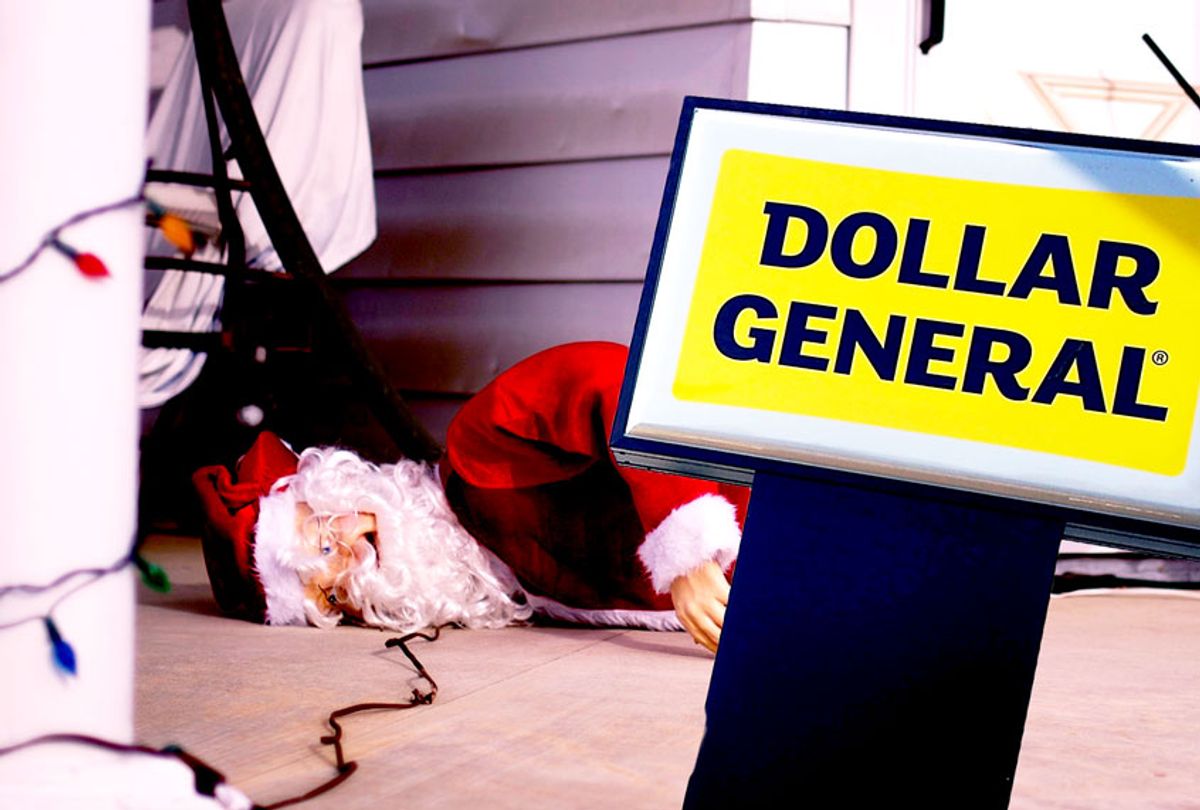 The deer were out in force when I left for Tennessee. It was 5 a.m., and I was driving down for Christmas with my kids. I make the trip every year, and I knew the first five miles were the worst. I live way out in Springs, New York, a peninsula on the East End of Long Island that juts into Peconic Bay just north of East Hampton, and it’s like Miami Beach for deer out there. They frolic on the Gerard Point beaches, they cavort through the tall grasses of the salt marshes, they take power naps lounging in our grassy backyards.

So 25 miles an hour it was for those first five miles the morning I left. I leaned over the steering wheel, peering into the dark with my brights on, and braked hard twice, swerving to avoid does with their fawns crossing Springs Fireplace Road. They don’t even turn their heads when the headlight. It was like playing dodge ’em at the county fair, driving with the deer coming at you.

There had been a sleet storm the night before, and the trees were heavy with ice glistening in the sunrise when I passed through western New Jersey. I hit search on the radio and found the Allentown, Pennsylvania, public radio station as I crossed the Delaware River. There it was: the impeachment debate on the floor of the House of Representatives. I turned up the volume, and they droned on, the Republicans in lockstep excusing Trump’s obvious transgressions, the Democrats quoting gravely from the Constitution and the Federalist Papers, only occasionally bothering to cite the facts of his crimes.

I can’t imagine that it was any less depressing to watch on television than it was to listen on a car radio at 75 miles an hour, but by the time I hit Carlisle, it was getting to me. It’s my third impeachment of a president. I watched the debate in the Judiciary Committee on Nixon’s articles of impeachment, and I watched what I could of the Bill Clinton’s trial in the Senate when he was impeached. I thought for some reason this time it would feel different — we’re finally holding Donald Trump to account, after all — but I was wrong.

Impeaching a president is a kind of national admission of failure. In the cases of both Nixon and Trump, nothing worked — not the oversight of the Congress, the investigations by special counsels, the conviction and jailing of senior aides and even White House officials. It took the threat of impeachment to drive Nixon out, and the truly depressing thing about listening to the House debate last week as I drove through Pennsylvania and Virginia was the thought that impeaching Trump won’t even put a dent in his glossy criminality.

I turned off the radio and drove south through Virginia. By the time I checked into a Quality Inn outside of Bristol, Tennessee, they had voted. I turned on CNN just as Nancy Pelosi swung her gavel, putting the House of Representatives into recess.

The next day, driving through Knoxville, it was like it never happened. There’s an exit coming up with a Pilot truck stop, and if I fill up now, I won’t have to stop again before Nashville. Two hours to go. There will be time to stop and pick up something to fix for dinner.

The word “normalize” entered the lexicon in a big way with the election of Donald Trump. We’ve been telling ourselves that we can’t allow his racism to become “normalized,” we can’t “normalize” his cruelty to immigrants on the border, we can’t “normalize” the paranoid conspiratorial ravings of Fox News and Trump’s insane clown tweets. We can’t lull ourselves into thinking that this is the way things are going to be.

It’s beginning to feel like we’re normalizing the impeachment of a president. I shocked myself, turning off the impeachment debate on the House floor. It’s a historic moment, isn’t it? We’ve been waiting for Trump to be impeached since the day Michael Flynn was arrested for lying to the FBI, since the day Trump fired James Comey, certainly since the day Robert Mueller’s report was published, detailing Trump’s crimes. Yet here we are, and somehow it doesn’t feel that remarkable.

Congress is on Christmas break, with members back in their districts, factoring the impeachment of a president into their re-election campaigns. Trump is in Florida at Mar-a-Lago, making generous donations to the campaigns of senators who will be voting at his trial in the Senate. The Democratic presidential candidates are in Iowa and New Hampshire and South Carolina, jockeying for votes.

On Christmas Eve in Tennessee the Truscott clan gathered for a traditional dinner: roast beef and mashed potatoes and gravy and a fresh green bean and mushroom casserole. After dinner, I went to do the dishes, and what do you know, we were out of dishwashing soap. How was I going to do a kitchen full of Christmas-dinner dishes with no dish soap? Now there’s a crisis for you.

I jumped in the car and drove to Kroger. Closed. I tried Publix. Closed. The parking lots were empty. Driving back, soap-less, I saw the glow of an open storefront: Dollar General was still open at 9 p.m. on Christmas eve. Crisis averted.

I picked up a bottle of Dawn and waited in line at the register behind a guy buying a sack of chips and a soda. The manager was behind the counter doing something to the register. The cashier was a young guy with a tuft of dreadlocks on his head and an eager smile on his face, and he was watching the manager intently.

“Can I follow you around when you do year-end inventory next week?” he asked. The manager nodded and stepped back so the cashier could check out the guy ahead of me. I stepped forward. “I need to learn inventory so I can move up in Dollar General,” the cashier said as he scanned my dish soap and bagged it for me.

At the Dollar General on Christmas Eve, life goes on.