Elizabeth Warren: "I assume" Joe Biden would honor a subpoena 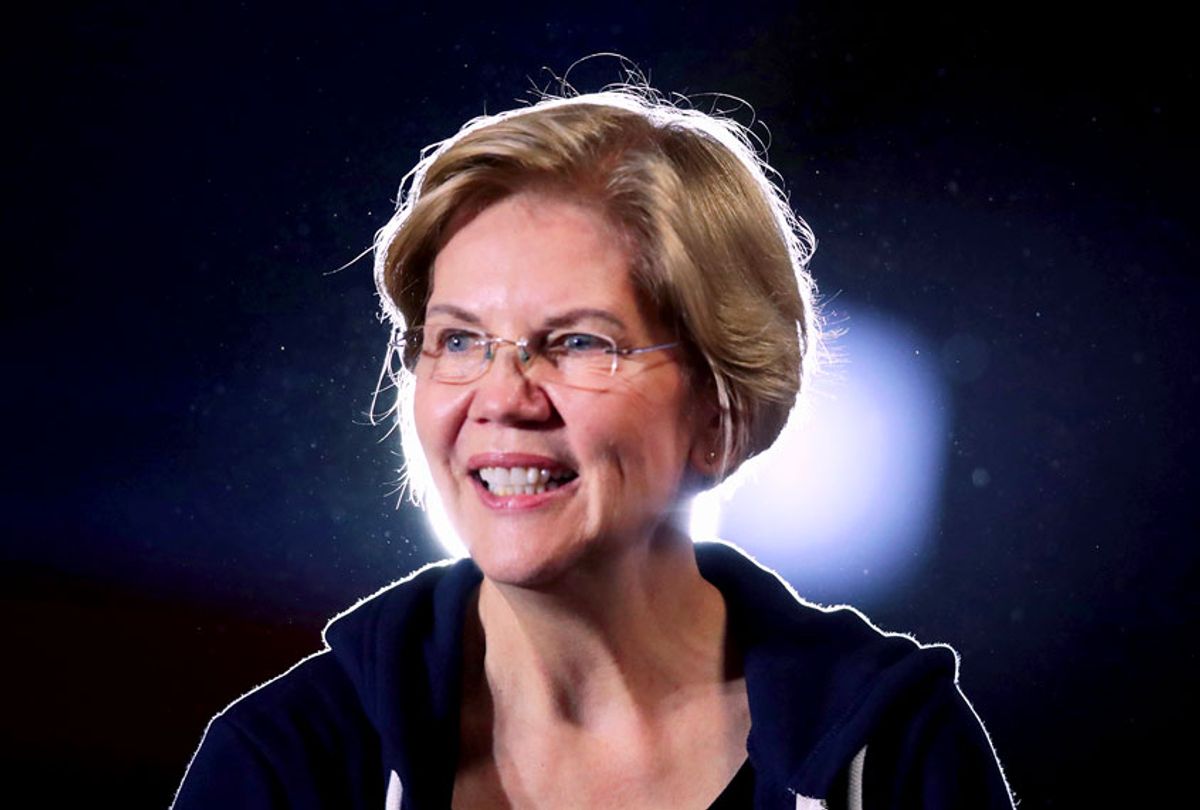 Sen. Elizabeth Warren of Massachusetts told reporters in Iowa that she believes one of her rivals for the Democratic presidential nomination, former Vice President Joe Biden, should comply with any lawfully-issued Senate subpoena — and that she assumes he would do so.

"Donald Trump is being impeached for abuse of power and that’s where our focus should be. Shame on him for trying to switch this over to something else," Warren told reporters in Iowa on Saturday. "But Joe Biden has said that he has always abided by every lawful order, and if there’s a lawful order on a subpoena, then I assume he would follow it."

She added, "Right now, we should be focusing on the subpoenas that have already been issued, for [former White House counsel] Don McGahn and for [acting White House Chief of Staff] Mick Mulvaney, who have first-hand knowledge of what the president did. That’s where the testimony should come from in this impeachment trial, but that’s the part that [Senate Majority Leader] Mitch McConnell and the president just don’t want to put out there in public, and that’s wrong."

After a reporter asked her to clarify whether she felt Biden should and would follow a Senate-issued subpoena, Warren reiterated, "Yes, he should, and I assume that he will follow it. He has said that he has always followed lawful orders, and if there is a lawfully issued order for a subpoena, then he should follow it."

On Saturday morning Biden clarified comments he made to the Des Moines Register's editorial board on Friday which suggested that he may not comply with a Senate-issued subpoena pertaining to President Donald Trump's impeachment.

"I want to clarify something I said yesterday. In my 40 years in public life, I have always complied with a lawful order and in my eight years as VP, my office — unlike Donald Trump and Mike Pence — cooperated with legitimate congressional oversight requests," Biden explained in a series of tweets. "But I am just not going to pretend that there is any legal basis for Republican subpoenas for my testimony in the impeachment trial. That is the point I was making yesterday and I reiterate: this impeachment is about Trump’s conduct, not mine."

He added, "The subpoenas should go to witnesses with testimony to offer to Trump’s shaking down the Ukraine government — they should go to the White House."

After Biden indicated in an interview with NPR earlier this month that he would not voluntarily testify for Trump's impeachment, and characterized questions about whether he'd follow a subpoena as an attempt "to take the eye off the ball," Salon spoke with an American political historian and a former intelligence official about whether his position was the correct one.

“In my view, Joe Biden should have said that he intends to cooperate fully with the constitutional process of presidential impeachment and trial,” Allan Lichtman, an American political historian at American University who wrote the book “The Case for Impeachment” in 2017, told Salon by email at the time.

“He should add that he hopes that Rudy Giuliani and current and former officials of the Trump administration will fully cooperate as well.”

David Priess, an author and former intelligence officer who wrote the 2018 book "How to Get Rid of a President," told Salon by email at the time that "I see nothing odd or controversial about Biden's comments. He simply said that he wouldn't attend a trial voluntarily." After adding that there was no constitutional or other legal obligation for him to do so voluntarily, he noted that Congress has yet to issue a subpoena  or called on Biden to appear.

He added, "As Biden said, he doesn't want to let the president and his allies distract from the core issue in the impeachment — and there is nothing in that core for Joe Biden to shed light on."

See video of Warren's comments below.