Greta previously did not eat or talk to people because of her depression, her father reveals in a new interview 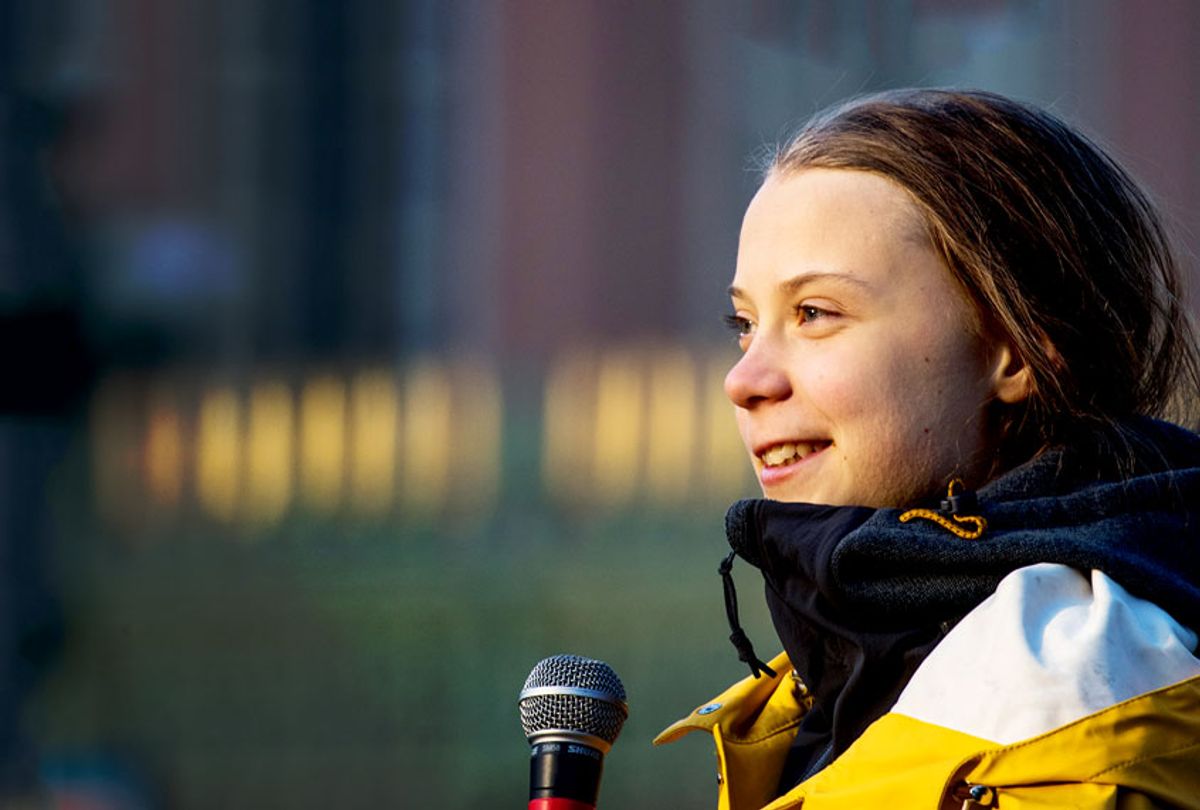 Greta Thunberg on December 13, 2019 in Turin, Italy. The 16-year-old environmental activist Greta Thunberg, just been elected Time Magazine's Person of the Year, on her way back from Madrid (where COP25 is happening) to Stockholm decided to partecipate to 50th Friday For Future in Turin. (Mauro Ujetto/NurPhoto via Getty Images)
--

Climate change activism lifted Greta Thunberg, who earlier this month became the youngest individual to be named Time magazine's "Person of the Year," from a years-long depression.

"I can see Greta is very happy from doing this, and I saw where she was before," her father, Svante Thunberg, revealed in a new interview with BBC Radio 4 Today.

"Three or four years" before her school strike, Thunberg became depressed over her concern for the world's future because of climate change. She did not speak to anyone except for her parents, sister and a single teacher. Thunberg also did not eat, "which of course was the ultimate nightmare as a parent."

When Thunberg began her climate strike, she was able to answer journalists' questions and eat vegan Paid Thai that was offered to her, even though she had previously not spoken to people who she did not know well and avoided eating.

"You think she's not ordinary now, because she's special, and she's very famous and all these things," Thunberg's father said. "But, to me, she's now an ordinary child. She can do all the things like other people can. She's happy."

Thunberg's father also denied that he and his wife had put their daughter up to climate activism, explaining that they initially thought her activist ambitions were "a bad idea, putting yourself out there with all the hate on social media."  While they were nervous about their "own daughter sort of putting herself at the very frontline of such a huge question like climate change," they finally agreed that if she did it, she would have to do it by herself and "be incredibly well-prepared" with her research so that she could answer any climate change questions posed to her.

Thunberg has indeed been the target of a considerable amount of hate as a result of her support for measures to combat climate change. She has been described as "deeply disturbed," dismissed as the "Justin Bieber of ecology," had her looks insulted and even had one Brexiteer joke that he hoped she get into a yachting accident.

Fox News anchor Laura Ingraham compared Thunberg to the creepy children from the horror movie Children of the Corn, joking: "I can't wait for Stephen King's sequel, 'Children of the Climate.' Now, the left — if they ever get in power — will simply use the excuse of climate change to reward their friends."

Ingraham also once showed a clip of Thunberg speaking and then asked, "Anyone else find that chilling?"

After Thunberg was selected as Time's "Person of the Year," President Donald Trump tweeted: "So ridiculous. Greta must work on her Anger Management problem, then go to a good old fashioned movie with a friend! Chill Greta, Chill!"

Thunberg replied by changing her Twitter status to read, "A teenager working on her anger management problem. Currently chilling and watching a good old fashioned movie with a friend."