Trump still cannot hold a candle to Batman, whose estimated IQ score is 192, according to IQ-Test.net 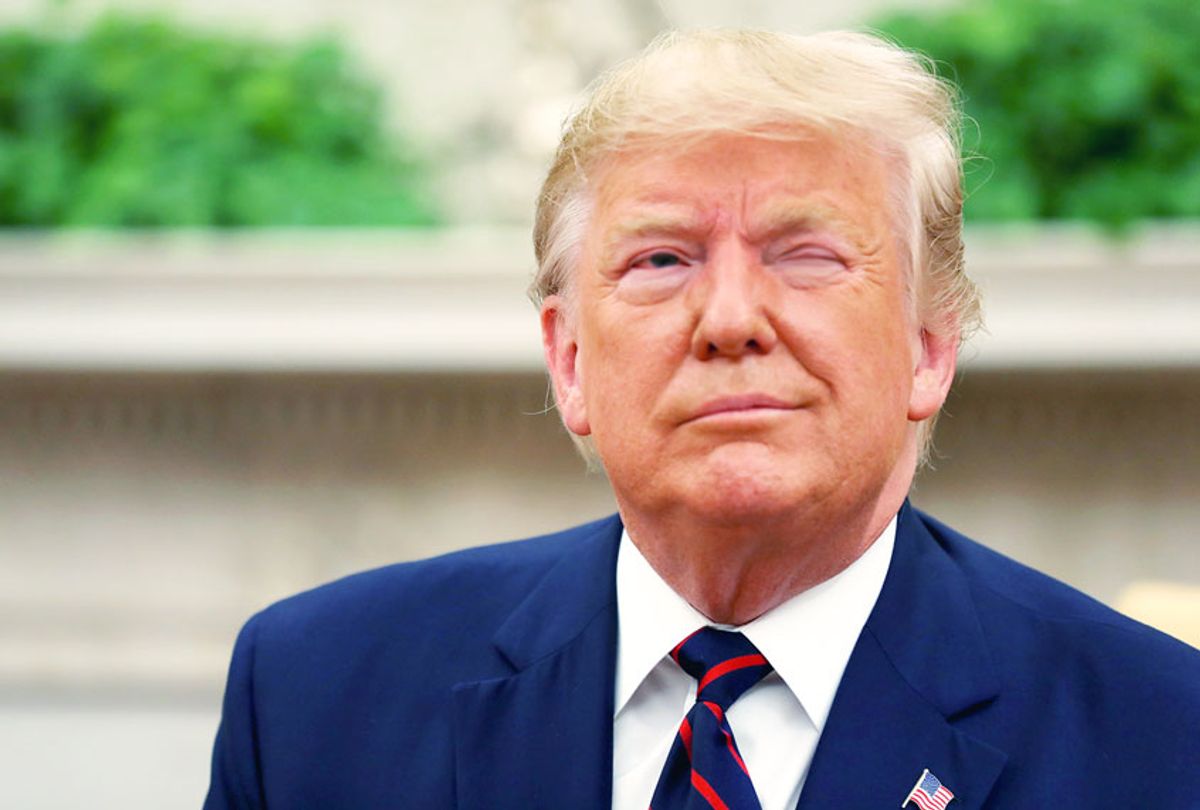 President Donald Trump winks during a meeting with Finnish President Sauli Niinisto in the Oval Office of the White House on October 02, 2019 in Washington, DC. The two leaders will reportedly discuss 5G wireless technology and European and Arctic security during bilateral meetings and later hold a joint news conference in the East Room. (Chip Somodevilla/Getty Images)
--

One of President Donald Trump’s favorite insults is to label someone as “low IQ,” even though the president himself has never released his own IQ score.

However, a bizarre website that’s being cited by some Trump supporters claims that the president’s IQ score is 156 “at the minimum.”

The website in question was flagged this week by the Twitter user @Halalcoholism, who says that they learned about it by following the conversations of pro-Trump QAnon conspiracy theorists who were trying to convince skeptics that the president really is a very stable genius.

According to the website, which is called IQ-Test.net, the main evidence for Trump’s massive IQ is the mere fact that he got admitted to the Wharton School of the University of Pennsylvania.

“Mr. Trump was a student at Wharton when it was possible to derive and accurate IQ test scores from known SAT scores,” the website claims. “Given the usual requirements for admission to a top school like Wharton. I estimate that Mr. Trump has a 156 IQ at the minimum.”

Of course, Trump also came from a wealthy family that could have fully funded his tuition and provided a valuable source of donations for the college if it accepted him.

What all this means, the website claims, is that the president is a true genius in every sense of the word.

“Donald Trump is smarter than 99.99 percent of the people on planet earth,” the website claims. “Not only does Trump qualify for membership in Mensa but he could join the Triple Nine Society.”

Despite Trump’s purported smarts, however, IQ-Test.net says that the president still can’t hold a candle to Batman, whose estimated IQ score comes in at a whopping 192.