After giving workers $1,000 bonuses, AT&T is allegedly forcing some to train their own foreign replacements 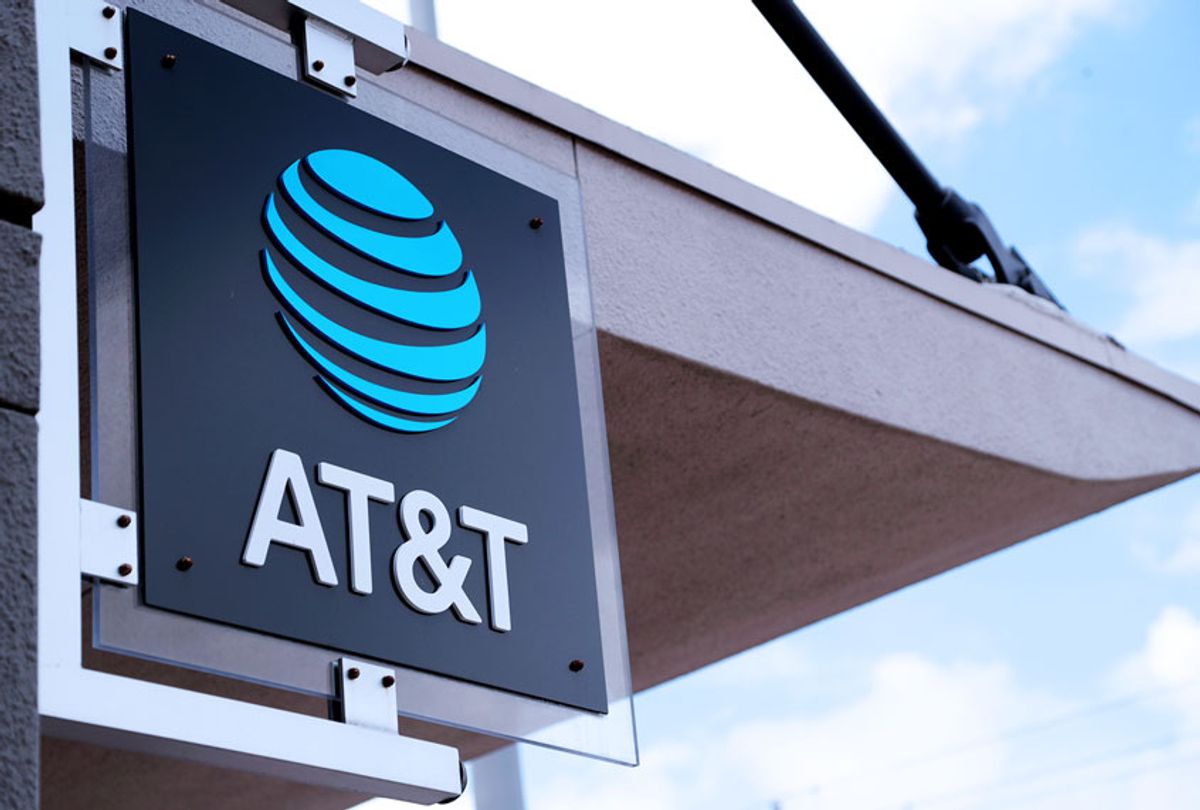 AT&T touted President Trump’s tax cut and claimed it would result in higher wages for workers. But despite getting a $3 billion tax cut last year, the company is reportedly forcing many of those workers to train their own cheaper foreign replacements after signing deals with big outsourcing companies.

Stephenson celebrated the signing of the bill by touting $1,000 bonuses for 200,000 of its workers.

“This tax reform will drive economic growth and create good-paying jobs,” Stephenson said at the time. “In fact, we will increase our U.S. investment and pay a special bonus to our U.S. employees.”

But the Communications Workers of America, a union that represents many AT&T employees, said earlier this year that the company cut nearly 28,000 jobs after the bill was passed. On Sunday, Axios reported that the company also plans to lay off thousands more workers “after assigning them to train their own foreign replacements.”

Many of the workers being replaced have been at the company for over a decade but are not being offered severance or early retirement, Axios reported. The company has already inked deals with major outsourcing firms, though a spokesperson insisted to Axios that AT&T is “helping employees find other positions within the company.”

According to Axios, many workers “described shock and confusion” when they were greeted with a scripted phone call informing them they had to work for a contractor or resign, according to the report. Some workers were told that they could not apply for other jobs inside the company.

Many workers at the company are already bracing for the worst.

"Folks aren't going on vacation, they're cutting back on their Christmas shopping. If you know that you're going to be losing your job, you don't want to spend the money,” one worker told Axios, which note that several other current or recently-fired workers “broke down in tears during telephone interviews.”

Some workers are guaranteed 12 months at the outsourcing company before they will be let go.

“We are continuously working to be more efficient in our operations," AT&T spokesman Kimberly told Salon in a statement. "To the extent possible, we’re managing this staff adjustment through attrition and are helping employees find other positions within the company.”

"The sad reality is you’ve just been terminated without your severance," an AT&T employee told Axios. "You’re at the mercy of a company that doesn’t really want you."

Sara Blackwell, a Florida attorney who represents workers displaced by foreign replacements, said AT&T’s move is the result of Trump failing to live up to his promise to protect American workers from companies that abuse worker visa programs.

"American workers are tired of waiting for President Trump to do something on this issue,” she told Axios. "They’ve gone from great hope in President Trump's administration, to great discouragement."

Current and former officials at the Department of Homeland Security who spoke to Axios agreed that not enough was being done by the administration and expressed frustration that foreign worker visa programs are “undercutting U.S. workers.”

Bipartisan efforts to reform the foreign worker visa program have stalled amid pushback from tech giants and other industries.

While Trump has failed to deliver the reforms that opponents of outsourcing have called for, Sen. Bernie Sanders, I-Vt., urged every Democratic presidential contender to pledge to crack down on companies that outsource American jobs.

“Trump promised he would substantially reduce the trade deficit, stop the outsourcing of American jobs, and rip up NAFTA. He lied about all three,” Sanders said in a statement. “Since Trump has been in office, our trade deficit in goods has shot up to a record-breaking $891 billion. He has given out $50 billion in government contracts to companies that are shipping jobs overseas. He passed tax cuts that reward companies for offshoring even more jobs. And now more than 185,000 American jobs have been shipped overseas under his watch. We need a president who will actually fight for American workers, keep their promises, and stand up to the giant corporations who close down plants to send jobs overseas.”