Longtime correspondent for The Nation and Rolling Stone, who died Christmas Day, spoke truth to power for decades 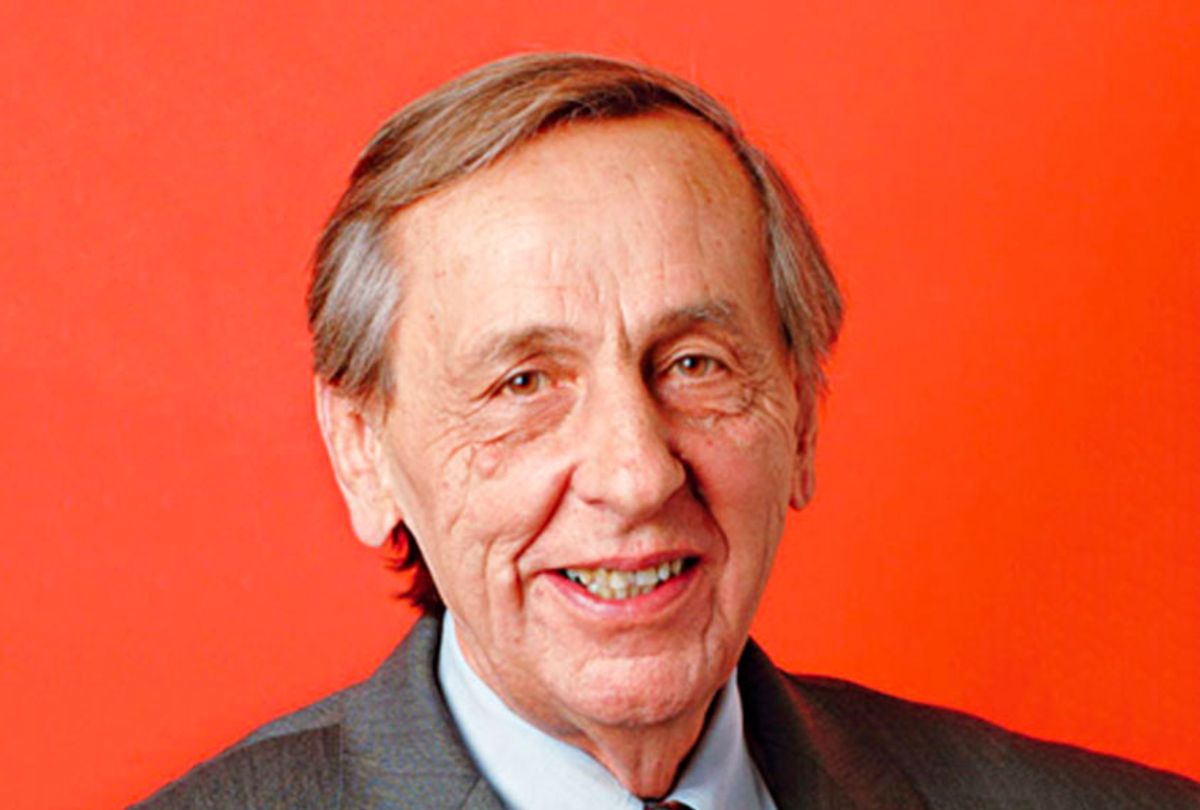 (Photo Courtesy of The Nation)
--

William "Bill" Greider, a veteran journalist and author who spent decades reporting on politics and economics for national media outlets, died Wednesday at his home in Washington, D.C., at the age of 83.

Born on Aug. 6, 1936 to Harold and Gladys, Greider was raised in Wyoming, Ohio, and graduated from Princeton in 1958. He died from complications of congestive heart failure, according to his son Cameron. In addition to Cameron, Greider is survived by his wife Linda, his daughter Katharine, his sister Nancy, and four grandchildren.

Greider's editors, fellow reporters, and readers have turned to social media since his death on Christmas Day to recognize his contributions to journalism and highlight some of his most celebrated pieces of writing.

Katrina vanden Heuvel, editorial director and publisher of The Nation, wrote on Twitter that Greider understood "something all too rare in this 24-7 media world. The process of reimagining democracy requires not only real respect for the people, deep reporting, historical insight, but also patience."

Among Greider's most famous articles was "The Education of David Stockman," which was published in The Atlantic in 1981. The critical essay about President Ronald Reagan's budget director and Reaganomics earned Greider a George Polk Award and later appeared in one of his books.

In a pair of tweets, John Nichols, fellow national affairs correspondent for The Nation, called Greider "a friend and comrade and occasional co-conspirator."

"He taught me to see politics not as a game but high-stakes struggle for power in which the Democrats, sadly, yielded far too much ground to an increasingly right-wing Republican Party," wrote Nichols.

"Born in the year of Franklin Delano Roosevelt's greatest electoral triumph, William Greider was in many senses the last New Dealer," Nichols continued. "His death, at age 83, represents a stark loss for American journalism. And for those of us who knew his great generosity of spirit and intellect."

Eric Etheridge, who edited Greider's column for Rolling Stone in the early 1990s, shared a story about the journalist's persistence in a series of tweets Thursday:

In a 2015 column for The Nation that subsequently appeared on Common Dreams, Greider wrote that the country was facing a stark choice between an ascendant Donald Trump in the Republican Party and the promise presented by Sen. Bernie Sanders during the early months of his first presidential run. It was September of that year when Greider asked readers to consider which of the two politicians — though, at the time, he thought neither was likely to win — the United States would follow:

We can only speculate on what might happen next. One party or the other might split apart. Independent formations could appear on the left or right and try to overturn one established party or the other. The center, given its advantages, might hang on to control of government, but it isn't holding on to the people.

We may wish for reason in high places — that powerful financial and corporate interests recognize the dangers and accede to real reform and economic revival for the broad populace. Don't count on it. We cannot assume the powerful will yield their advantages without a fight. Nor should we expect that the future will necessarily be progressive. History suggests that crusty old political parties in powerful nations have a hard time acknowledging that they have to change or die. Politicians should read a little history — American history — and get over their illusions.

This is what the politicians should ponder for 2016, even if they don't yet have the nerve to talk about it.

In an obituary published Friday, Payday Report founder Mike Elk described Greider as his "mentor" and wrote that "upon hearing the news that he died, I cried so hard. I owe my career to Bill — he was a hero of mine, who gave me the confidence to push on with low pay in a media world that so often pushes blue-collar kids like me out."

"I first got to know him as a young 22-year-old labor reporter, when I had the incredible fortune to have a desk just a few feet away from Greider's office, who was in his 70s and still writing regularly for The Nation," Elk explained. "He was folksy, down-to-earth, swore a lot, and was funny as all hell. He was an old school journalist from the pre-internet era when journalists actually sat down and took time to talk to regular people."

Elk wrote of his mentor that "a student of the populist movement, he saw the liberal elite's discourse as being a barrier to the ability of social movements to achieve change. He encouraged me to ignore the D.C. media types and focus on calling out how the elites talked down to workers."

As Greider once told Elk, "That's journalism, people are gonna talk shit on you no matter what you say so why not just to tell the truth."