"The U.S. has to respect the territorial integrity and independence of Iraq and to stop interfering" 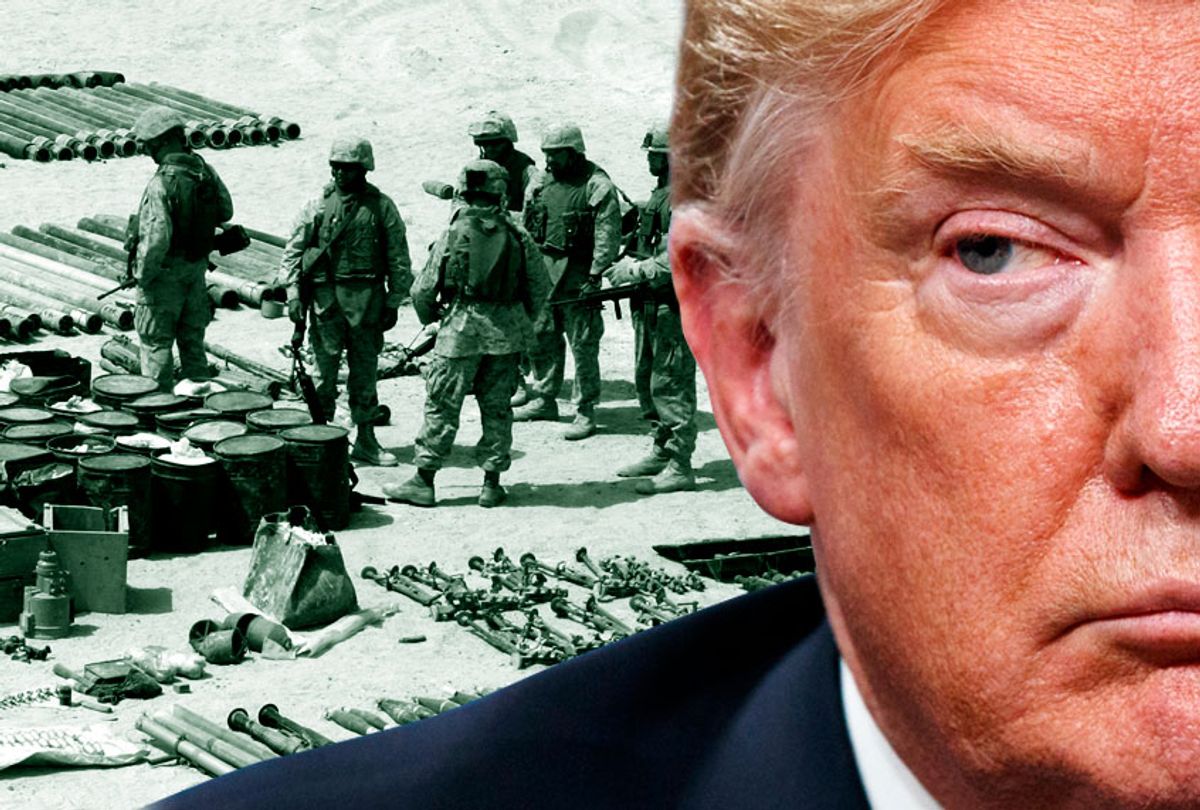 Iran's foreign ministry on Monday condemned the Trump administration's deadly airstrikes in Iraq and Syria over the weekend as a "clear example of terrorism" and demanded that the U.S. end its occupation of the region.

"We strongly condemn this aggression on Iraqi soil," Abbas Mousavi, a spokesperson for the Iranian foreign ministry, said in a statement. "The U.S. has to respect the territorial integrity and independence of Iraq and to stop interfering in Iraqi internal affairs."

The Pentagon claimed Saturday's airstrikes were a "defensive" response to recent rocket attacks by Iraqi militia groups that the U.S. says are Iranian proxies. Iran denied any responsibility for the attacks, which killed one American contractor.

"These attacks have once again proved America's false claims in fighting the Takfiri group of Daesh [ISIS] as the United States has targeted the positions of forces that over the years have inflicted heavy blows to Daesh terrorists," Mousavi said Monday. "With these attacks, America has shown its firm support for terrorism and its disregard for the independence and sovereignty of countries and it must accept responsibility for the consequences of its illegal act."

"Thousands of miles away from its own borders," Zarif said Monday, "the United States is causing bloodshed and destruction against the people of Iraq and Syria in the name of defending itself."

Peace advocates raised alarm about the intensifying drumbeats of war in the wake of the U.S. strikes.

"The war with Iran crowd is getting excited," tweeted Joe Cirincione, president of the Ploughshares Fund, an anti-war group. "They may have found the excuse they needed to trick Trump into a war he has wisely avoided."

"The dangerous escalation in Iraq occurs in the context of the Trump administration's reckless and needless 'maximum pressure' campaign that threatens to make Iraq an all-out battlefield between the U.S. and Iran," said Toossi. "Avoiding this scenario requires a broader rethinking of the maximum pressure policy away from mindless saber-rattling."