Venus may be the only other planet with active volcanoes 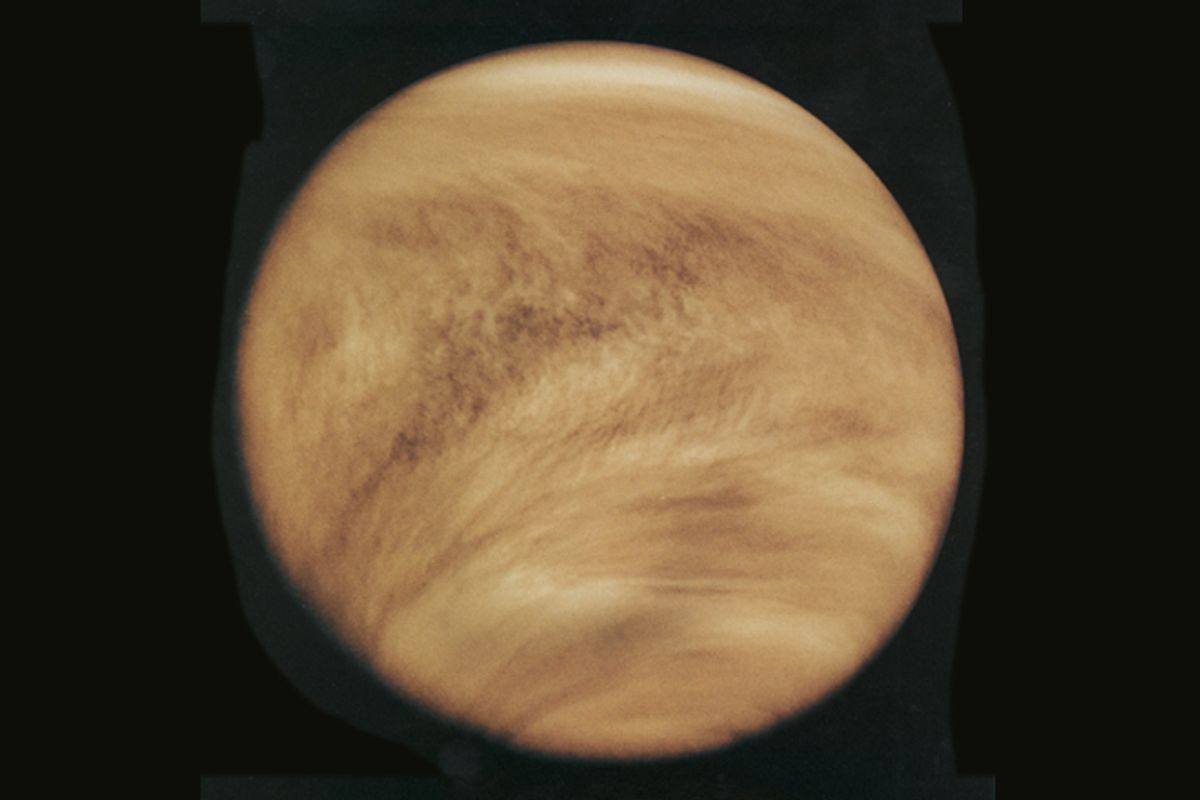 The planet Venus might be home to active volcanoes, according to a new study published in Science Advances. If this is true, it would mark the first time scientists have observed an active volcano on another planet.

To verify Venutian volcanism, researchers experimented with crystals of olivine, a mineral found in a volcanic rock. To test how olivine might be observed on Venus, researchers involved in the study tried to mimic the conditions on the surface of Venus. Specifically, they heated olivine in a furnace up to 1,650 degrees Fahrenheit for a month. Within days the olivine became coated with the reddish-black mineral hematite, which can make olivine more difficult to detect.

Intriguingly, from 2006 to 2014, the European Space Agency's Venus Express orbited the planet and detected signs of olivine. The findings from the latest study would seem to suggest it came about as a result of volcanic eruptions.

"[O]ur results suggest that these high-emissivity lava flows are not millions or even thousands of years old .... but were emplaced at most a few years before detection," the researchers write. "If so, then Venus is volcanically active today because our experimental results show that the emissivity/reflectance signature of olivine should be obscured by oxide coatings within months to years."

While we know volcanoes existed on Mars and the moon, they are long dormant on both worlds. Among solar system bodies, only Earth was previously known to have active volcanoes.

Scientists have long suspected active volcanism on Venus. In 2015, scientists mapped thermal emission from the Venus' surface using data from the Venus Express mission and published their findings in a paper in the journal Geophysical Research Letters.

“We have now seen several events where a spot on the surface suddenly gets much hotter, and then cools down again,” Eugene Shalygin, lead author of the paper, said in a statement. “These four ‘hotspots’ are located in what are known from radar imagery to be tectonic rift zones, but this is the first time we have detected that they are hot and changing in temperature from day to day. It is the most tantalizing evidence yet for active volcanism.”

At the time, Håkan Svedhem, ESA’s Venus Express project scientist, said: “It looks like we can finally include Venus in the small club of volcanically active Solar System bodies."

“Our study shows that Venus, our nearest neighbor, is still active and changing in the present day – it is an important step in our quest to understand the different evolutionary histories of Earth and Venus," Svedhem added.