Bolton called the Ukraine scheme a "drug deal" and referred it to White House lawyers, his former deputy testified 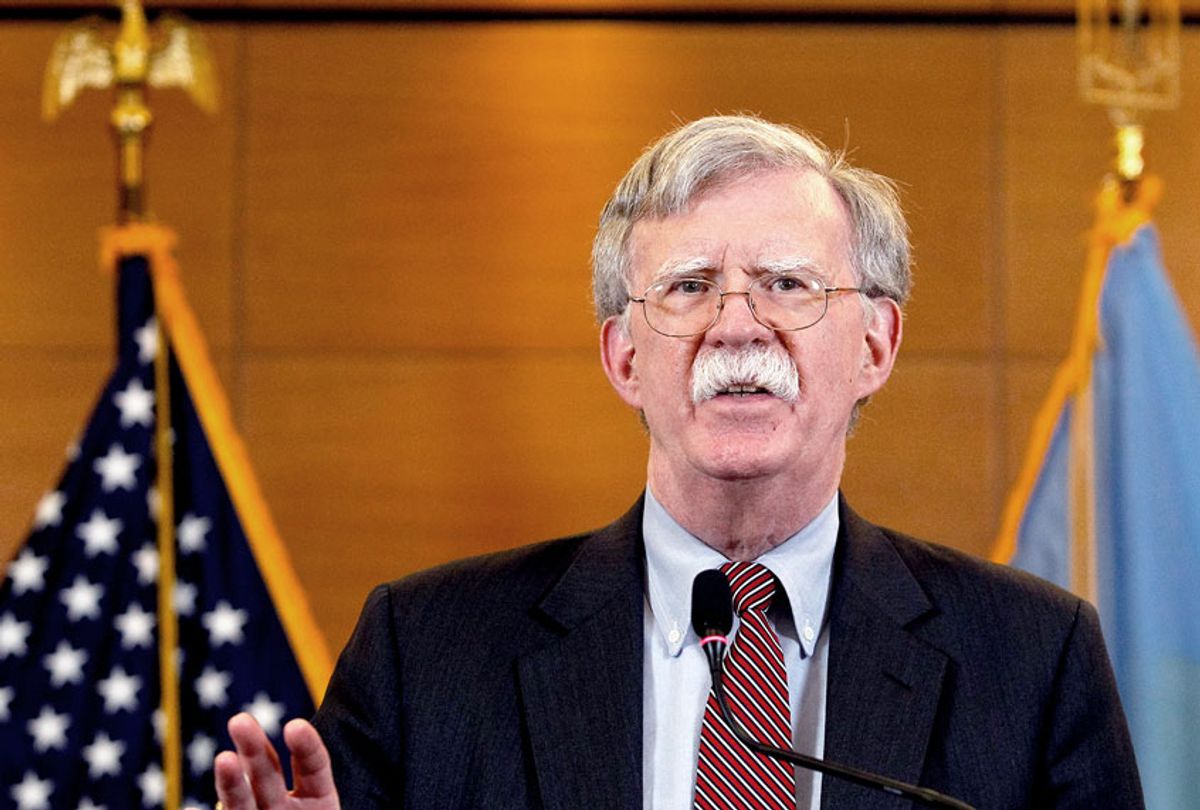 Former national security adviser John Bolton announced on Monday that he is willing to testify at President Donald Trump’s impeachment trial if he is subpoenaed by the Senate.

“I have concluded that, if the Senate issues a subpoena for my testimony, I am prepared to testify,” Bolton said in a statement on his website.

Bolton said he had been waiting for the resolution of a court case involving his former deputy, Charles Kupperman, to determine whether he could be compelled to testify during the House of Representatives’ impeachment inquiry. But the House ultimately withdrew its subpoena of Kupperman and the court did not rule on his case.

“It now falls to the Senate to fulfill its Constitutional obligation to try impeachments, and it does not appear possible that a final judicial resolution of the still-unanswered Constitutional questions can be obtained before the Senate acts,” he said. “Accordingly, since my testimony is once again at issue, I have had to resolve the serious competing issues as best I could, based on careful consideration and study.”

The statement is likely to put pressure on Senate Majority Leader Mitch McConnell, who has thus far resisted Democratic demands to have Bolton and other administration officials testify at Trump’s impeachment trial. Bolton gave McConnell a heads-up before releasing the statement, according to CNN, but did not inform the White House.

A senior Democratic aide told the network that House Speaker Nancy Pelosi’s decision to withhold the articles of impeachment from the Senate played a role in Bolton’s decision.

"We would not have this development absent the speaker's hold," the aide said. "Another proof point that indicates the value of her strategy."

But CNN also noted that Bolton was “surprised and curious” that he was not subpoenaed by the House during their impeachment proceedings.

The Senate would require 51 votes to compel Bolton’s testimony, which means four Republicans would have to join with every Democrat, Politico reports. Even if the Senate issues a subpoena, the Trump administration could attempt to enjoin Bolton's testimony in court.

Bolton would be the most senior former Trump adviser to testify about Trump’s pressure on Ukraine to investigate his rivals while withholding nearly $400 million in military aid. Former Bolton deputy Fiona Hill testified to House investigators that Bolton referred to the Ukraine scheme as a “drug deal” and warned that Trump attorney Rudy Giuliani was a “hand grenade who’s going to blow everybody up.” Hill also testified that Bolton instructed her to report European Union ambassador Gordon Sondland’s discussion with Ukrainian officials about the scheme to White House lawyers.

Axios reported in November that Bolton would be the impeachment probe’s “biggest wildcard” because Trump administration officials worry that he was “the most prolific note-taker” and had more details about the Ukraine scheme than any of the witnesses the House interviewed.

"Bolton was a voracious note-taker, in every meeting," an administration source told the outlet.

Bolton attorney Charles Cooper said in a letter to the House in November that his client was “personally involved in many of the events, meetings, and conversations about which you have already received testimony, as well as many relevant meetings and conversations that have not yet been discussed in the testimonies thus far."

Republicans argue it is too late to hear from witnesses like Bolton after the House already voted to impeach the president.

“It was the House’s job to develop evidence. Bolton’s statement doesn’t change the Senate’s role in ruling on the evidence provided by the House,” a White House official told NBC News.

McConnell made a similar argument on the Senate floor last month.

“The Senate is meant to act as judge and jury to hear a trial, not to rerun the entire fact-finding investigation because angry partisans rushed sloppily through it,” he said.

Rep. Ted Lieu, D-Calif., who sits on the House Judiciary Committee, said there was no reason for Republicans to refuse Bolton’s testimony.

“The only reason the GOP controlled Senate would refuse to subpoena John Bolton to testify is because they are afraid of what he will tell the American people. That is not a valid excuse,” Lieu wrote. “Also, I'm sure the House would be willing to have [Bolton] testify under oath.“