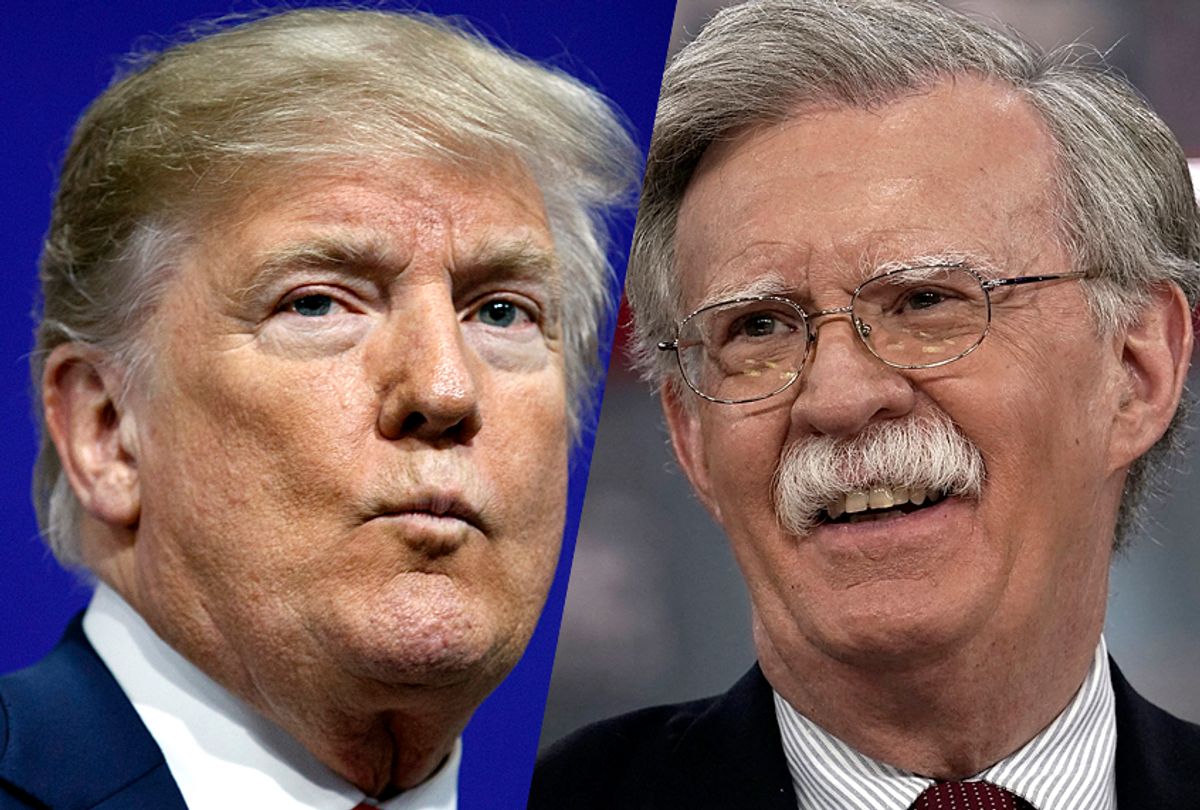 John Bolton, who was fired from his post as national security adviser by President Donald Trump, reportedly raised concerns about how Rudy Giuliani, the commander-in-chief's personal attorney, allegedly ran a shadow foreign policy in Ukraine as he worked to solicit dirt on prominent Democrats for partisan purposes.

“Giuliani’s a hand grenade who’s going to blow everybody up," Bolton allegedly said of the former New York mayor.

Hill also testified that Bolton told her to tell White House lawyers that he was “not part of whatever drug deal Sondland and Mulvaney are cooking up.” (Gordon Sondland was a Trump mega-donor who, despite initially disavowing the president, donated $1 million to his inauguration, according to the Washington Post. Despite his lack of diplomatic experience, Sondland was subsequently appointed ambassador to the European Union. Mick Mulvaney is the acting White House chief of staff.)

During her testimony, Hill reportedly said that Sondland had intervened in American policy toward Ukraine, even though it was not a part of his official responsibilities, at Trump's accord. As a result, Giuliani and Sondland ignored both her and the National Security Council process in order to conduct Ukraine foreign policy on their own, according to Hill.

Sondland is scheduled to testify Thursday on Capitol Hill as legislators move forward with investigations related to their impeachment inquiry. During his testimony, Sondland is expected to discuss a text message in which he appeared to deny that Trump had attempted to solicit Ukrainian President Volodomyr Zelensky to investigate Hunter Biden, the son of former Vice President Joe Biden, in exchange for military aid. Sondland is expected to claim that Trump told him what to put in the text message — "no quid pro quo" — and that he has no knowledge of the truthfulness of that assertion, according to multiple reports.

Marie Yovanovitch, a career foreign service official who was recalled from her post as U.S. Ambassador to Ukraine, testified last week that Giuliani sought her removal even though she had  “done nothing wrong."

The underlying scandal, which led Speaker of the House Nancy Pelosi to announce the launch of an official impeachment inquiry, surrounds a July 25 phone call between Trump and Zelensky. During that conversation, Trump solicited Zelensky to investigate whether one of his leading rivals for the Democratic nomination, Joe Biden, had improperly pushed for the resignation of former Ukrainian top prosecutor Viktor Shokin in order to shield his son from a corruption investigation. Trump said he needed a “favor,” which prompted critics to accuse the president of soliciting foreign interference in the upcoming 2020 election.

Despite numerous investigations from prominent media outlets, there is no evidence that either Joe or Hunter Biden abused their positions. Shokin’s resignation was the result of international pressure over the perception that he had not done enough to root out corruption in his country.