Nancy Pelosi announces official impeachment inquiry against Trump: "No one is above the law"

"The president must be held accountable," the speaker of the House says of Trump 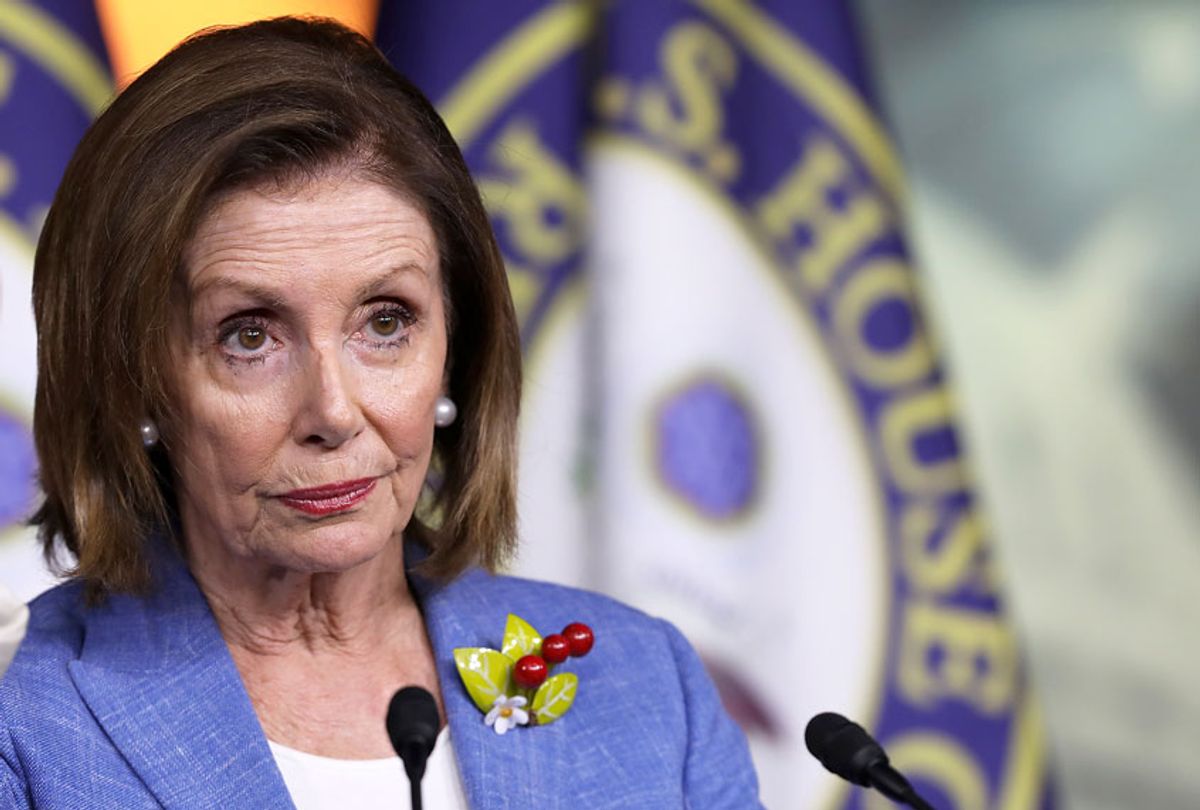 House Speaker Nancy Pelosi, D-Calif., said Tuesday that she had directed the House of Representatives to move forward with an official impeachment inquiry against President Donald Trump after resisting calls to do so for months.

"The president must be held accountable," Pelosi said. "No one is above the law."

The announcement came after 20 Democrats, many of them moderates in competitive districts, had said they favor opening an impeachment inquiry over the past 48 hours. As of this writing, 166 House Democrats — more than two-thirds of the 235 member caucus — have expressed support for opening an inquiry, according to an NBC News analysis.

Support for impeachment has grown amid reports that Trump pressured Ukrainian President Volodymyr Zelensky to investigate the son of former vice president and possible 2020 opponent Joe Biden. The matter is at least partly related to a whistleblower complaint, which the administration has withheld from Congress.

Biden, the current front-runner in national polls of the Democratic primary, called on Congress to begin impeachment proceedings against Trump earlier Tuesday.

"Denying Congress the information — which it is constitutionally entitled to — and obstructing its efforts to investigate actions is not the conduct of an American president. It's an abuse of power," Biden said while speaking in Wilmington, Delaware. "Donald Trump leaves Congress, in my view, no choice but to initiate impeachment. That would be a tragedy — but a tragedy of his own making."

Those remarks marked a shift for the former vice president, who previously resisted calling for impeachment.

Trump, meanwhile, has denied any improper behavior. He insisted his July 25 phone call with Zelensky was "a perfect phone call." But in the days before that call, Trump ordered nearly $400 million in military aid for Ukraine to be withheld.

The president denied the aid freeze was related to alleged attempts to pressure Zelensky to investigate the Biden family. On Tuesday, he claimed he temporarily blocked the assistance amid concerns that the U.S. was contributing more to Ukraine than other nations were.

Amid mounting allegations that he used his office to pressure Zelensky to investigate the Bidens, Trump said he has "authorized the release tomorrow of the complete, fully declassified and unredacted transcript" of his phone conversation with the Ukrainian president.

Senate Minority Leader Chuck Schumer, D-N.Y., on Tuesday said he would seek a vote in the Republican-controlled Senate on a resolution calling for the Trump administration to turn over the whistleblower complaint to Congress.

The whistleblower complaint spilled into public view after Intelligence Inspector General Michael Atkinson informed the House and Senate Intelligence Committees of the complaint's existence on Sept. 9 — the same day the House Oversight, Intelligence and Foreign Affairs Committees launched an investigation into an alleged "scheme" by the president and his lawyer, Rudy Giuliani, to influence Ukraine to probe the Bidens.

The contents of the whistleblower complaint remain unknown, though Atkinson deemed the matter an "urgent concern." Under such circumstances, federal law requires the complaint to be transmitted to congressional intelligence committees within seven days.

In this case, however, acting director of national intelligence, Joseph Maguire, has refused to turn over the complaint after consulting with officials at the Department of Justice. He is set to testify publicly before the House Intelligence Committee on Thursday.

During a visit to Ukraine earlier this month, Sen. Chris Murphy, D-Conn., a member of the Senate Foreign Relations Committee, spoke with Zelensky, whom he said "directly" expressed concerns to him that "the aid that was being cut off to Ukraine by the president was a consequence of his unwillingness to launch an investigation into the Bidens."