Joe Biden: Congress has "no choice" but to impeach Trump if he does not comply with investigations

The former vice president said that while impeachment "would be a tragedy," it would be one of Trump's "own making" 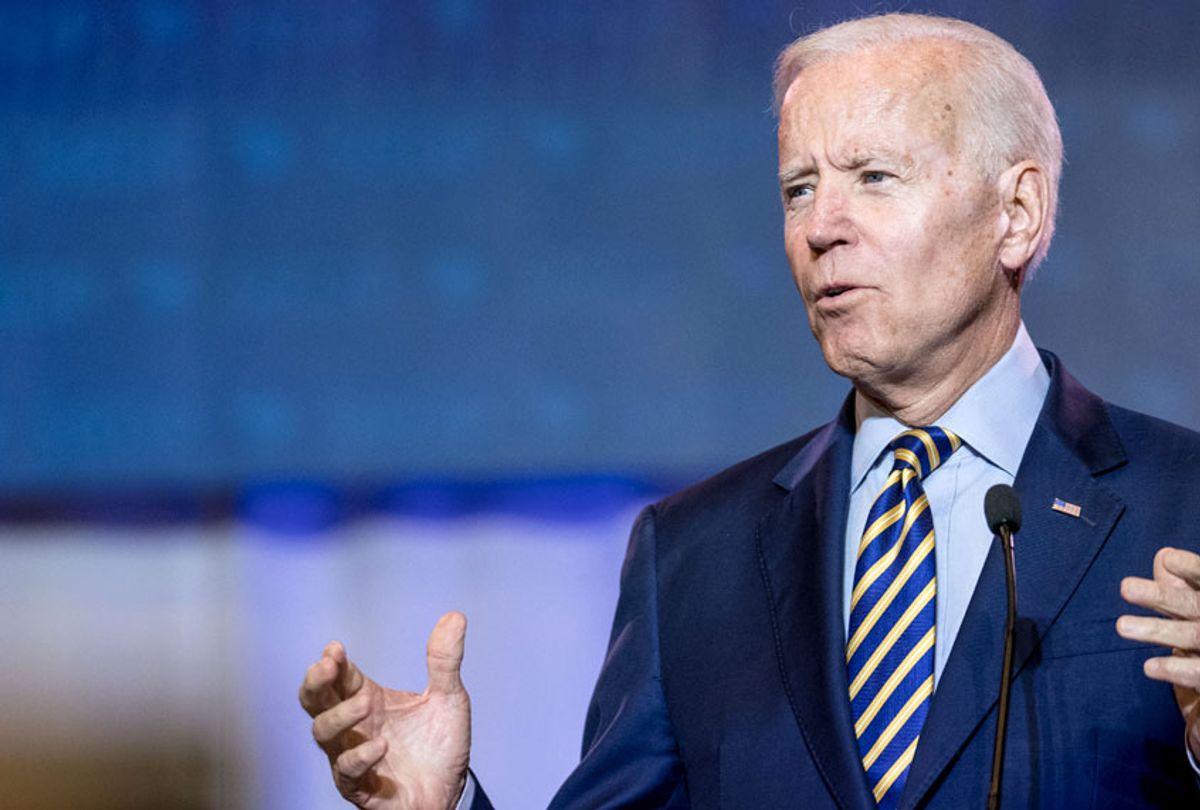 Former Vice President Joe Biden on Tuesday said Congress has "no choice" but to begin impeachment proceedings against President Donald Trump if he does not fully comply with ongoing congressional investigations into his alleged misconduct while in office.

"Denying Congress the information — which it is constitutionally entitled to — and obstructing its efforts to investigate actions is not the conduct of an American president. It's an abuse of power," Biden said while speaking in Wilmington, Del. "Donald Trump leaves Congress, in my view, no choice but to initiate impeachment. That would be a tragedy — but a tragedy of his own making."

"I can take the political attacks. They'll come ,and they'll go. And in time they'll soon be forgotten," Biden said. "But if we allow a president to get away with shredding the United States Constitution, that will last forever."

Though his remarks were not as forceful as those made by some of his opponents in the Democratic presidential race, they mark a shift for the former vice president, who previously resisted calling for impeachment.

Biden's comments came after Trump admitted Tuesday that he delayed aid to Ukraine ahead of a call with its president, Volodymyr Zelensky. The president claimed that the aid freeze came amid concerns the U.S. was contributing more to Eastern European country than other nations were.

But news reports of the president's call with Zelensky and his subsequent comments about it have revealed that Trump allegedly sought to pressure the foreign leader into investigating Hunter Biden, the son of 2020 Democratic presidential Joe Biden. The matter is at least partly related to a whistleblower complaint, which the administration has withheld from Congress.

As vice president, Joe Biden reportedly pressured Ukraine to fire its top prosecutor, Viktor Shokin, or lose $1 billion in loan guarantees. Biden, at the time, joined many Western leaders in pressing for the ouster of Shokin, who they argued was ignoring corruption in his own office and among the political elite. There is no evidence that either Biden misused his authority.

In recent days, reports of the president's communications with Zelensky have appeared to ramp up support for impeachment. Over the past 48 hours,  20 Democrats, many of them moderates in competitive districts, have said they favor launching an impeachment inquiry. As of this writing, 173 House Democrats — more than two-thirds of the 235 member caucus — have expressed support for opening an inquiry, according to an NBC News analysis.

House Speaker Nancy Pelosi, D-Calif., who has for months resisted calls to impeach Trump, is expected to call for a formal inquiry Tuesday evening.

In an attempt to squash the backlash over his communications with Zelensky, Trump noted Tuesday that he has "authorized the release tomorrow of the complete, fully declassified and unredacted transcript" of his phone call with the foreign leader.

Senate Minority Leader Chuck Schumer, D-N.Y., also said Tuesday that he would seek a vote in the Republican-controlled upper chamber on a resolution calling for the Trump administration to turn over the whistleblower complaint to Congress.

Intelligence Inspector General Michael Atkinson informed the House and Senate Intelligence Committees of the complaint's existence on Sept. 9 — the same day the House Oversight, Intelligence and Foreign Affairs Committees launched an investigation into an alleged "scheme" by the president and his lawyer, Rudy Giuliani, to influence Ukraine to probe the Bidens.

The contents of the whistleblower complaint remain unknown, though Atkinson deemed the matter an "urgent concern." Under such circumstances, federal law requires the complaint to be transmitted to congressional intelligence committees within seven days.

In this case, however, Joseph Maguire, the acting director of national intelligence, has refused to turn over the complaint after consulting with officials at the Department of Justice. He is set to testify publicly before the House Intelligence Committee on Thursday.

During a visit to Ukraine earlier this month, Sen. Chris Murphy, D-Conn., a member of the Senate Foreign Relations Committee, spoke with Zelensky, whom he said "directly" expressed concerns to him that "the aid that was being cut off to Ukraine by the president was a consequence of his unwillingness to launch an investigation into the Bidens."