The bizarre phenomenon of fast radio bursts could originate in supernovae, magnetars, or even alien civilizations 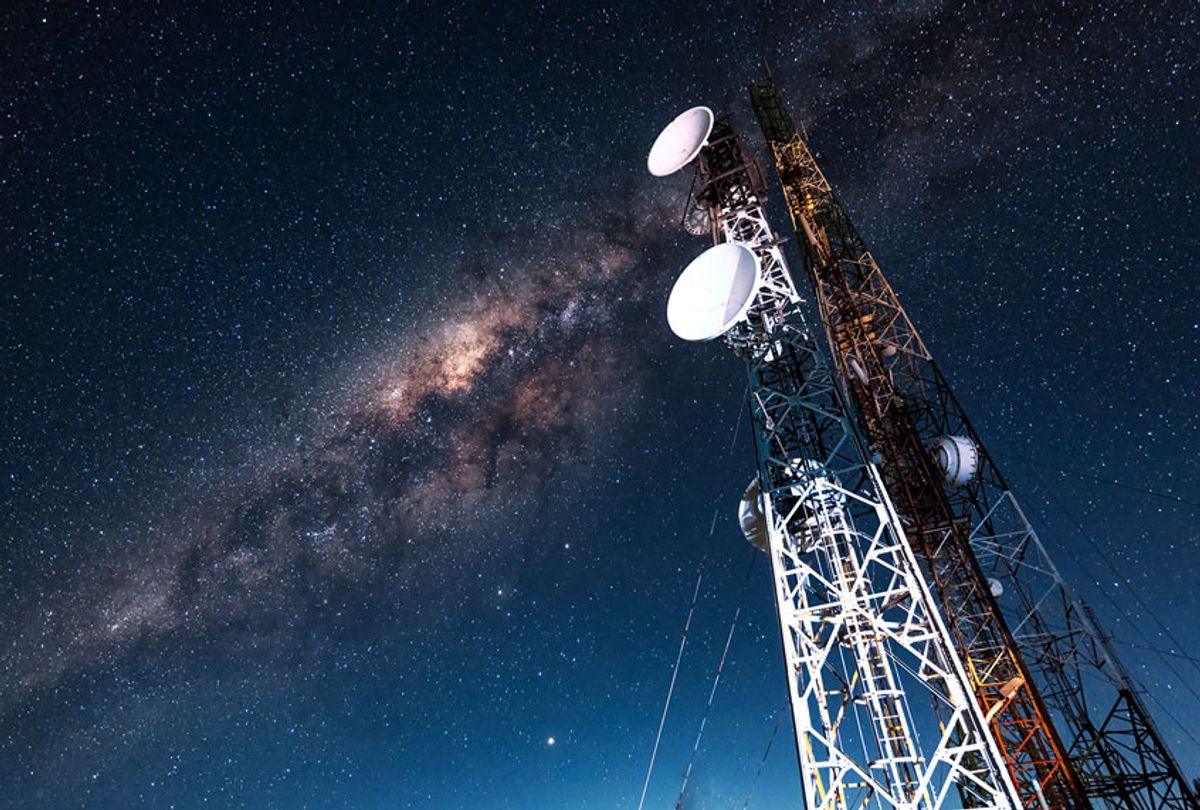 Just as astronomers thought they were making sense of fast radio bursts (FRBs) — the mysterious repeating signals originating deep in space — the universe threw us a curveball.

A new paper published in Nature this week traced one fast radio burst to its source galaxy, making it the fifth FRB to be traced back to its origins. But this time the source came as a surprise to astronomers, as it defied their theories about fast radio bursts.

For the unfamiliar, FRBs are, true to their name, short bursts of radio waves that are so powerful that scientists are able to detect them on Earth, despite their extragalactic origins. The specific astrophysical event that causes FRBs is still unknown, although all observed FRBs are from galaxies outside our own.

"This object's location is radically different from that of not only the previously located repeating FRB, but also all previously studied FRBs," astronomer Kenzie Nimmo of the University of Amsterdam in the Netherlands and lead author of the paper said in a press statement. "This blurs the differences between repeating and non-repeating fast radio bursts. It may be that FRBs are produced in a large zoo of locations across the Universe and just require some specific conditions to be visible."

The close proximity of this FRB is perplexing to astronomers, because it suggests its environment is different than the other ones that have been identified.

“This is the closest FRB to Earth ever localised,” Benito Marcote, of the Joint Institute for VLBI European Research Infrastructure Consortium and a co-lead author of the paper, said. “Surprisingly, it was found in an environment radically different from that of the previous four localised FRBs — an environment that challenges our ideas of what the source of these bursts could be.”

Astronomers all over are intrigued by these findings. Avi Loeb, chair of Harvard's astronomy department, told Salon via this paper implies that FRBs are a “mixed bag,” meaning “we could see fainter versions of distant FRBs near us and that these might be much more numerous.”

“The new FRB appears to reside in a different environment than the others and is obviously much less luminous,” Loeb said, adding that astronomers are away of systems that look like FRBs, but are in the Milky Way galaxy, called Rotating Radio Transients (RRATS). “One can imagine the new FRB as a bright version of newly-born RRATS.”

Loeb added via email: “Incidentally, RRATS were discovered in 2006 by Maura McLaughlin ([of] West Virginia University) who is married to Duncan Lorimer, who discovered in 2007 the first FRB, [the] so-called 'Lorimer burst.'”

The vast distance between Earth and the discovered FRBs makes them particularly difficult to probe with certainty. Astrophysicists have suggested they may emerge from supernovae, magnetars, or even one-way extraterrestrial communication, though the Search for Extraterrestrial Intelligence Institute dismisses that as unlikely.

“In my view, the nature of FRBs will be understood from either studying carefully the environment of a very nearby source (even closer than the new one) or by detecting counterparts to the radio pulses at other wavelength bands (optical, UV, X-ray or gamma-rays),” Loeb added.

As Salon reported in January 2019, to the imaginative mind, the mysterious and far-reaching nature of FRBs might resemble an intergalactic alien communication system. Researchers say that is a far-reaching assumption, though.

“It is unlikely that all FRBs are from alien civilizations due to the power requirements at cosmological distances, but possible,” Loeb told Salon in 2019. “We worked out the numbers in a paper with my postdoc, Manasvi Lingam, two years ago. One needs to use all the power intercepted by the Earth from the Sun. But a small fraction of nearby FRBs could be artificial radio beams sweeping across the sky. “

Seth Shostak, a senior astronomer at the Search for Extraterrestrial Intelligence (SETI), agreed.

"They aren’t coming from one galaxy, they are coming from all over... and when it comes from all over, history tells you it is nature, not aliens,” Shostak said. “It would be like everybody showing up for the PTA meeting in the same outfit.”