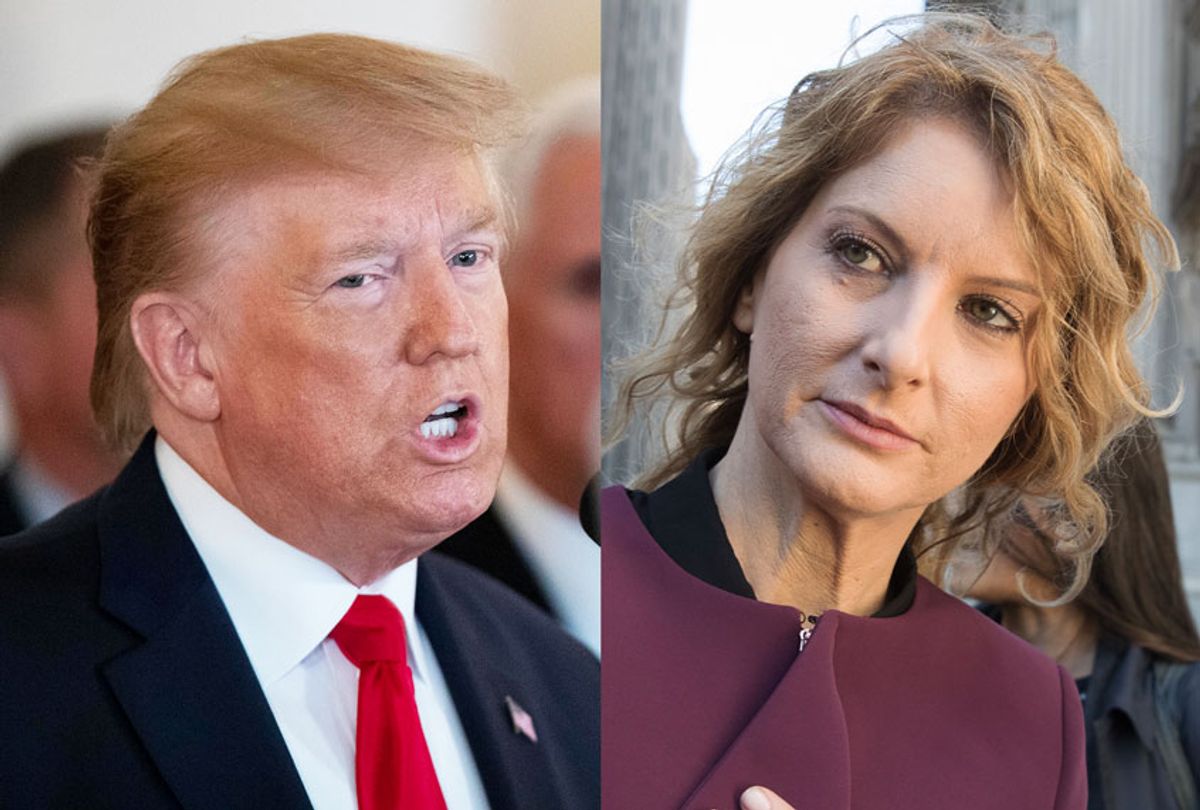 A lawsuit against Donald Trump by Summer Zervos, a Republican restaurateur from California, has been put on hold by appeals judges so that the president can appeal to New York’s highest court.

Zervos, a former contestant on Trump’s reality TV show “The Apprentice,” claims that the future president subjected her to unwanted sexual contact in 2007 when she asked him for career advice. In a complaint filed shortly before Trump’s inauguration in 2017, Zervos accused him of defamation and said that “Ms. Zervos was ambushed by Mr. Trump on more than one occasion. Mr. Trump suddenly, and without her consent, kissed her on her mouth repeatedly; he touched her breast; and he pressed his genitals up against her. Ms. Zervos never consented to any of this disgusting touching.”

After she came forward and accused him of doing these things during his 2016 presidential campaign, Trump called her a liar, prompting Zervos to claim that he had defamed her. The president’s attorneys claim that his remarks were not defamatory and that, because he is working at his duties as president, the case should be outright dismissed or postponed until after he is out of office. Although courts have so far said that Trump cannot get the case delayed, the new decision allows the top-level state Court of Appeals to hear the case.

In March, a midlevel appeals court ruled against Trump in a 3-2 decision, but on Monday said that he had the right to take the case higher.

“The current sitting President attempts to shield himself from consequences for his alleged unofficial misconduct by relying upon the constitutional protection of the Presidency,” the judges said in an opinion written by Justice Dianne T. Renwick during the March hearing. “We reject defendant President Trump’s argument that the Supremacy Clause of the United States Constitution prevents a New York State court — and every other state court in the country — from exercising its authority under its state constitution. Instead, we find that the Supremacy Clause was never intended to deprive a state court of its authority to decide cases and controversies under the state’s constitution.”

Forty-three women have accused the president of inappropriate behavior since October. Twenty-six of those women have accused Trump of unwanted sexual contact. Trump has denied all of the accusations, on some occasions claiming that he would not deem the women in question to be attractive enough to be worthy pursuing. During the 2016 presidential campaign, a tape was released from 2005 in which the president bragged to “Access Hollywood” host Billy Bush about committing sexual assault on women.