"Those accusations from 20 years ago have been addressed many times," Trump press secretary Stephanie Grisham says 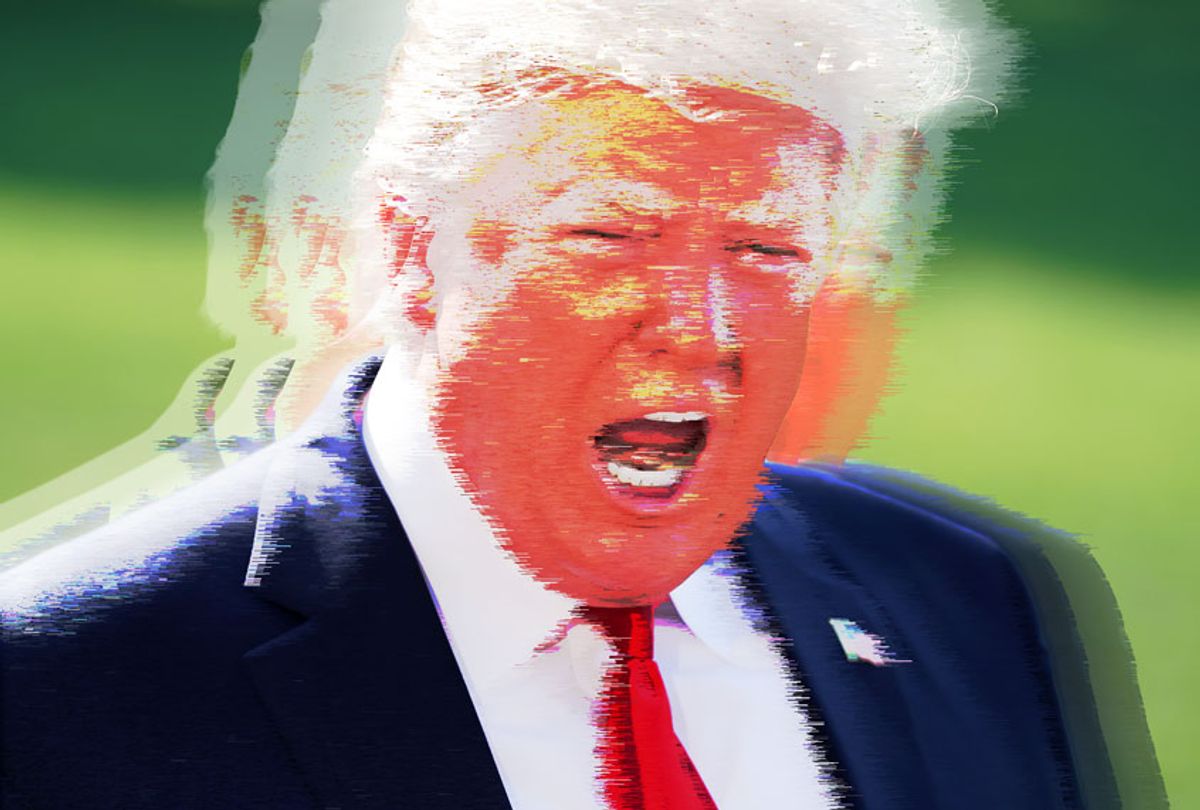 More than two dozen women have come forward with previously unreported allegations of sexual misconduct by President Donald Trump, according to a new book.

In total, the president has been accused by 43 new women of inappropriate behavior in “All the President's Women: Donald Trump and the Making of a Predator.” Of those accusations, 26 include instances of unwanted sexual contact, according to Esquire, which published an excerpt from the book. (As of July, Trump faced at least 17 public allegations of sexual misconduct.)

Based on more than 100 interviews, "All the President's Women" was written by journalists Barry Levine and Monique El-Faizy. “What emerges from the authors' reporting is a portrait of a predator who hides behind wealth and institutional power to frequently harass and abuse women,” Esquire editor Adrienne Westenfeld wrote.

In one instance, Karen Johnson, a Mar-a-Lago regular, alleged that Trump pulled her behind a tapestry and kissed her without her consent during a New Year’s party in the early 2000s. According to the book, Johnson attended the party with her husband, who suffers from multiple sclerosis. She alleged that Trump, whom she had not seen all night, pulled her towards him as she attempted to make her way to the bathroom.

“I was just walking to the bathroom. I was grabbed and pulled behind a tapestry, and it was him. And I’m a tall girl, and I had six-inch heels on. And I still remember looking up at him. And he’s strong, and he just kissed me,” she recounted. “I was so scared because of who he was . . . I don’t even know where it came from. I didn’t have a say in the matter.”

Johnson claimed that Trump told her Melania, whom he was still dating at the time, was upstairs. Johnson said she did and said nothing when he asked her to help him greet guests.

“I was afraid to say what had happened,” she said. “I didn’t even know how it happened.”

Johnson told journalists that Trump continued to call her regularly for the next week or two and offered to fly her to New York. When she said she could not, because she had to take care of her sick husband, Trump allegedly replied: "Don't worry about it. He'll never know you were gone."

The calls eventually stopped, Johnson said. She never returned to Mar-a-Lago, but she later told a relative what had happened.

Johnson said she was “shocked” after the infamous “Access Hollywood” tape came out, because it showed Trump describing exactly what he had allegedly done to her.

After the release of that tape, more than a dozen women came forward to accuse Trump of varying means of sexual misconduct. Trump has issued a blanket denial for all of those allegations, though in some instances he has suggested that he would not have been intimate with certain accusers, because they were not attractive enough.

“Look at her. I don’t think so,” he said of one accuser at a 2016 rally in Florida. “Believe me, she would not be my first choice,” he said of another woman at a rally in North Carolina.

The White House issued a similar denial in response to the dozens of new allegations in “All the President’s Women.”

"That book is trash, and those accusations from 20 years ago have been addressed many times," White House press secretary Stephanie Grisham said in a statement to Business Insider.

In June, columnist E. Jean Carroll accused Trump of raping her at a New York department store in the mid-1990s. Carroll alleged that Trump violently slammed her into the wall of a dressing room and thrust his penis inside her as she struggled to escape.

Trump claimed that he had never met Carroll, even though photos showed the pair together at a party.

“She is trying to sell a new book,” he alleged. "That should indicate her motivation."

One of Trump’s first accusers, Jessica Leeds, came forward during the 2016 campaign alleging that Trump groped her on a flight in the 1970s. Leeds told the authors of “All the President’s Women” that it was painful to see Trump glibly scoff at accusations which left a decades-long trail of emotional suffering. She added that a lot of men accused of sexual impropriety are “wealthy, powerful or consider themselves important.”

“They work for major companies. For them, it’s like scratching an itch. It doesn’t mean anything,” she said. “But the psychological damage they can do to the person they are inflicting aggression on is profound.”