The eldest Trump kids bragged that no one would find out they were misleading prospective buyers, a new book claims 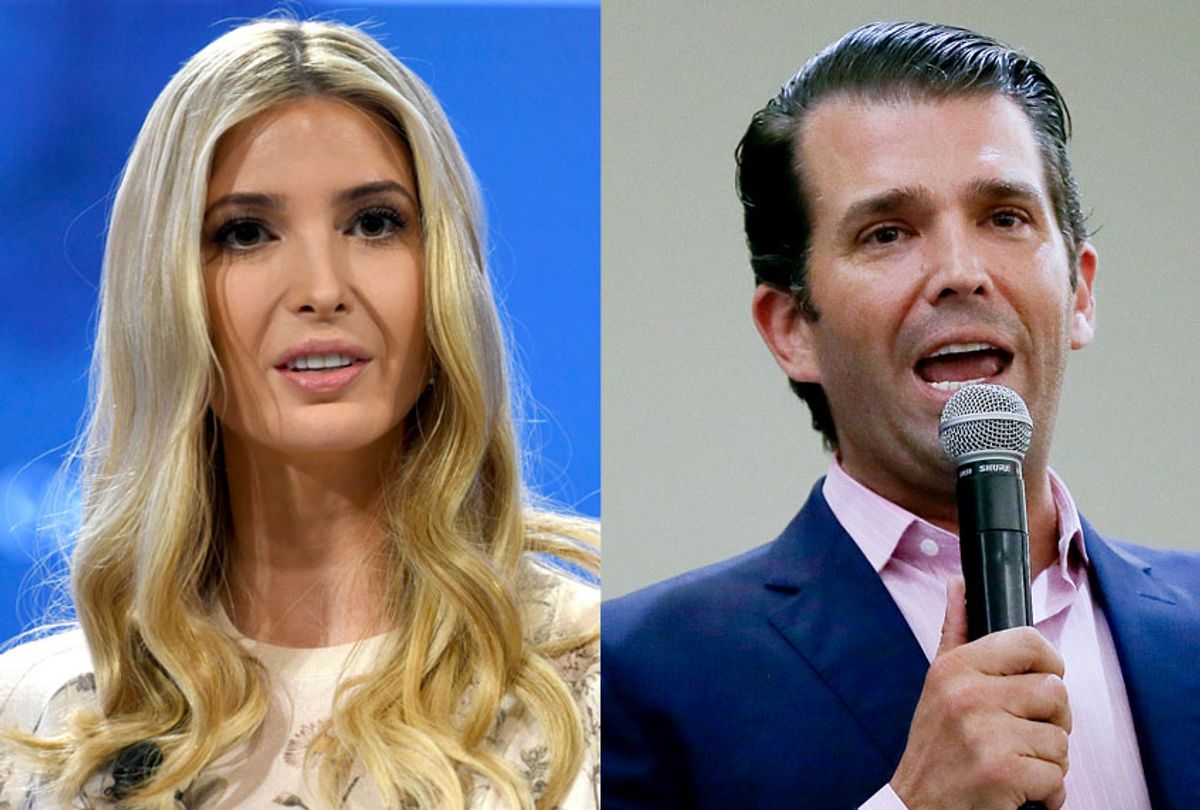 Donald Trump Jr. and Ivanka Trump knowingly took part in an effort to deceive buyers in a condo project, which came under criminal investigation, according to an excerpt from a new book published in The Guardian.

ProPublica reported in 2017 that Trump Jr. and Ivanka Trump were under investigation by the office of Manhattan District Attorney Cy Vance in 2012. Prosecutors had built a case that the pair lied to prospective buyers in the Trump SoHo project and obtained emails showing the two discussing providing false information to potential investors. But Vance overruled his own team, instructing them to drop the case shortly after the Trump lawyer made a $25,000 donation to his campaign. (Vance has denied that the contribution impacted the case.)

Andrea Bernstein, one of the reporters who broke the story for ProPublica, took a deeper look at the scandal in her upcoming book, “American Oligarchs: The Kushners, The Trumps And The Marriage Of Money And Power.”

The condo project was first introduced by President Donald Trump in 2006 on his reality TV show, “The Apprentice.” By 2009, only about 15 to 30 percent of the units in the 46-story hotel-condo project had sold, according to The New York Times. But in 2008, Ivanka Trump told Reuters that 60 percent of units were sold. A year later, Trump Jr. claimed to Real Deal magazine that 55 percent  had been sold.

The project led to a lawsuit from buyers who alleged that they had been defrauded by inflated sales claims, which prompted Manhattan prosecutors to open their own investigation.

Emails obtained in the probe “showed a coordinated, deliberate and knowing effort to deceive buyers,” Bernstein wrote in the book. “In one email, the Trumps discussed how to coordinate false information they had given to prospective buyers. Because the sales levels had been overstated at the beginning of the sales process, any statement showing a lower level could reveal the untruths.”

“In another email, according to a person who read them, the Trumps worried that a reporter might be on to them,” she continued. “In yet another email chain that included Don Jr. and Ivanka, the younger generation of Trumps issued the email equivalent of a knowing chuckle, saying that nobody would ever find them out, because only people on the email chain or in the Trump Organization knew about the deception.”

One of the people who saw the emails told Bernstein “there was ‘no doubt’ that the Trump children ‘approved, knew of, agreed to and intentionally inflated the numbers to make more sales.’”

“They knew it was wrong,” another individual claimed. “It couldn’t have been more clear they lied about the sales and knew they were lying.”

“Yet another said, ‘I was shocked by the words Ivanka used.’ Was there any doubt the Trumps knew they were lying and that it was wrong? ‘Ten thousand percent no,’” Bernstein wrote.

The lawsuit was settled in November 2011 after Trump and his co-defendants agreed to refund 90 percent of $3.16 million they received in deposits in exchange for not having to admit any wrongdoing. The agreement also barred prospective buyers from cooperating with the Manhattan prosecutors’ case and signed a letter with language decided by Trump’s attorneys.

Vance told Bernstein that “he had never before seen a letter where plaintiffs in a civil case asserted that no crime had been committed.”

The criminal investigation was ultimately dropped, because prosecutors worried the case would be undermined by buyers denying they were victims of fraud.

The Trump SoHo was rebranded as The Dominick in 2017 after the Trump Organization agreed to exit the property, which quickly helped revitalize the building’s slumping finances, according to Bloomberg News.