"This speech will be talked about long after his second term," Graham bragged to Sean Hannity on Fox News 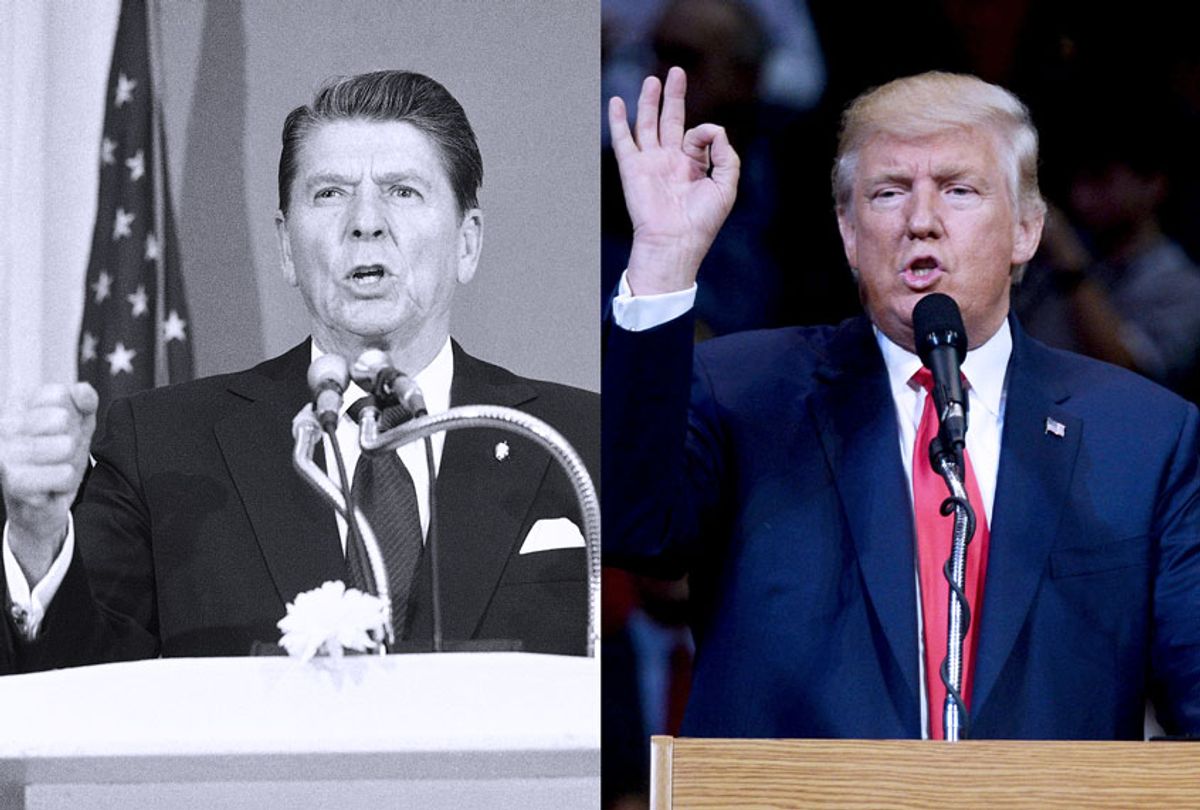 “Here’s the good news: The president made a very bold decision today to allow things to calm down. This speech will be talked about long after his second term. This is on par with ‘Tear down this wall, Mr. Gorbachev!’” Graham told Hannity on Wednesday. “This is resetting the relationship between the world and Iran — just not the United States. The president said, 'There is an evil empire in Iran that is bent on destroying the world, killing the people in Israel and coming after us. And I will no longer tolerate it.' So this is on par with Reagan’s ‘Tear down this wall’ speech.”

Earlier in the interview, Graham defended Trump’s controversial decision to order the killing of Soleimani, claiming to Hannity that the Iranian military official was planning another attack.

"Soleimani was up to no good," he added.

Graham has been a notable hawk in foreign policy matters, even criticizing Trump when he felt his policies were not sufficiently tough in the Middle East. After Trump announced that he was withdrawing American troops from Syria in October, Graham said in an interview with “Fox & Friends” that “this impulsive decision by the president has undone all the gains we’ve made — thrown the region into further chaos. Iran is licking their chops. And if I’m an ISIS fighter, I’ve got a second lease on life. So to those who think ISIS has been defeated, you will soon see.”

Reagan’s “Tear down this wall” speech was delivered at a time when the Soviet Union, under General Secretary of the Communist Party Mikhail Gorbachev, was beginning to liberalize the nation’s political institutions. While the U.S. was still in the middle of a Cold War with the Soviet Union, there was enough cautious optimism about a possible improvement in relations that Reagan felt emboldened to call for the removal of the Berlin Wall, which had been erected in 1961.

Though many of his foreign policy advisers were concerned that calling for the wall to go down would harm relations with Gorbachev, Reagan said that “there is one sign the Soviets can make that would be unmistakable — that would advance dramatically the cause of freedom and peace. General Secretary Gorbachev, if you seek peace, if you seek prosperity for the Soviet Union and Eastern Europe, if you seek liberalization: Come here to this gate. Mr. Gorbachev, open this gate.”