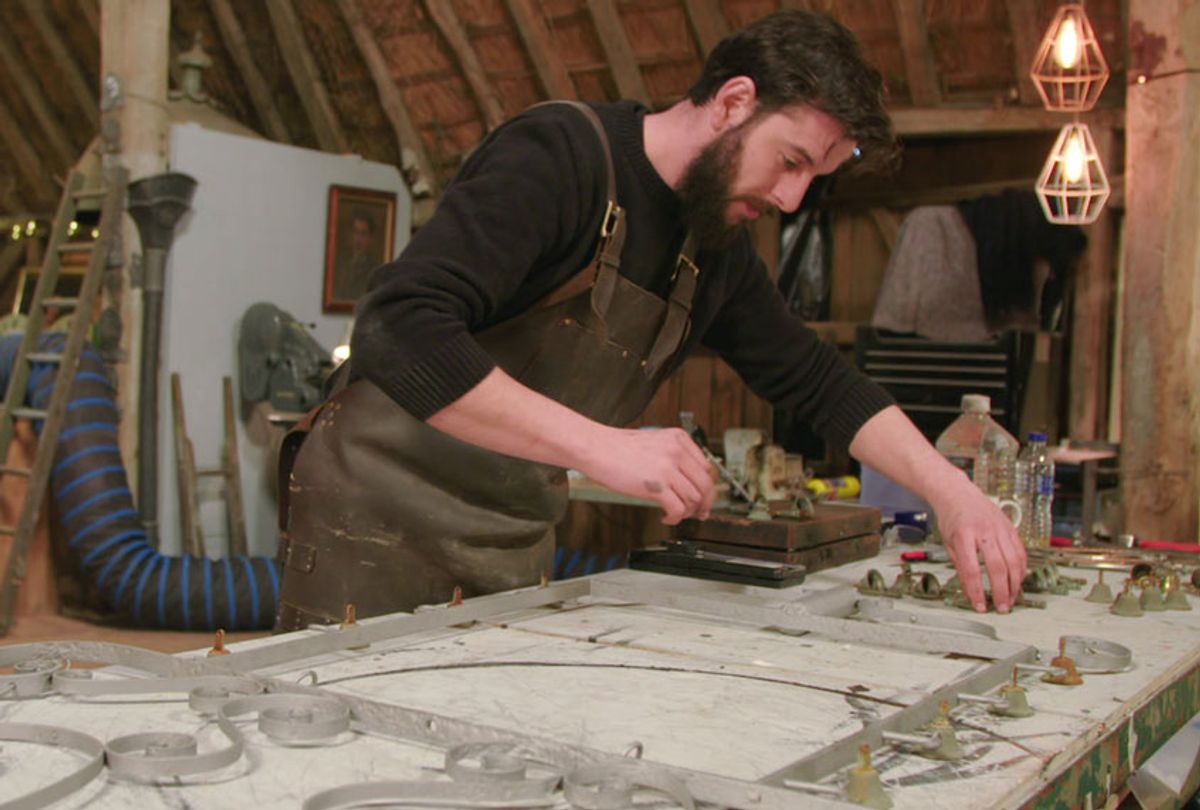 Ian McFadgett slowly unwraps layers of bubble wrap from a hefty cardboard box, eventually revealing an antique Victorian-era cuckoo clock that has lost its “oos.” He’s brought it to clockmaker Steven Fletcher in The Repair Shop in hopes that the wooden bird can be fixed in such a way that it can complete its refrain again.

Meanwhile, the rest of the Repair Shop team are working on restoring a rickety vintage captain’s chest and a ceramic fruit that had an unfortunate collision with a wall. There are nine regular cast members, ranging from painting conservators to toy restorers, on the BBC program which is now streaming on Netflix.

When asked why he’s taking the time to seek repair, McFadgett says the clock was his grandfather’s. “You replace furniture, you replace carpets, cars come and go, everything,” he said. “But that's something that's consistent.”

2019 was the year of “Tidying Up with Marie Kondo.” Viewers of her series scampered to purchase drawer organizers and storage boxes after determining which of their possessions still sparked joy (and how to fold them appropriately).

As the year wore on, it became apparent the mass personal tidying craze also, at times, came at the expense of secondhand stores. A March Wall Street Journal article detailed how used-goods stores had been inundated with donations. “The problem: mass quantities of dirty, worn-out clothes, ugly trinkets and unsellable appliances. Even oddities like pornography and swords.”

“Unfortunately some people give us stuff that isn’t very useful,” Jacqui Dropulic, a manager for Australian charity Vinnies, told the WSJ. “We aren’t a place for people to just dump their rubbish.”

In the big picture, this approach to home organization just means that people’s old messes now reside somewhere else; too often, items that are out-of-order or in disrepair are the first to hit the “donate” bin. This is why “The Repair Shop” strikes me as a valuable form of aspirational television for 2020; instead of focusing primarily on purging items that no longer spark joy, this program will inspire viewers to find ways to reinvigorate them with the life and purpose they once held.

Over the course of a half hour episode, the restoration team works with a gentle but methodical energy — cleaning, sanding, oiling, reupholstering. There is, refreshingly, no mention of how much the items in question are worth. This isn’t “Antiques Roadshow” with a DIY spin. However, there are plenty of emotional reunions between owners and items: a Dr. Who fan's Dalek toy can once again exterminate; a musician retrieves a piano bench strong enough now to hold the weight of a player; a man who picks up a 130-year-old toy tiger that — after new brass parts have been crafted and layer after layer of papier-mâché relaid — returns to prowl a playroom.

“The Repair Shop” isn’t an instructional program. In watching it, I’ll admit that I hope for an eventual “This Old House”-style spin-off in which the cast teaches viewers the best method for salvaging chipped bowls and stabilizing the legs of an off-balance coffee table. (In my more guilty pleasure-seeking moments, I’d settle for a “Worst Cooks in America” approach, wherein contestants who can’t even thread a needle battle for new skills and prizes under the watchful eye of, I don’t know, Bob Villa and Joanna Gaines).

But for now I’m happy augmenting my “Repair Shop” experience with YouTube tutorials and the motivation to make 2020 the year I add “repair” to the age-old adage: reduce, reuse and recycle.

“The Repair Shop” is now streaming on Netflix.