"This Old House" is built to last: Smart, steady and soundly educational for 40 years

Compared to HGTV's dramatics, "This Old House" has stayed reliably un-glamorous — and beloved — for decades 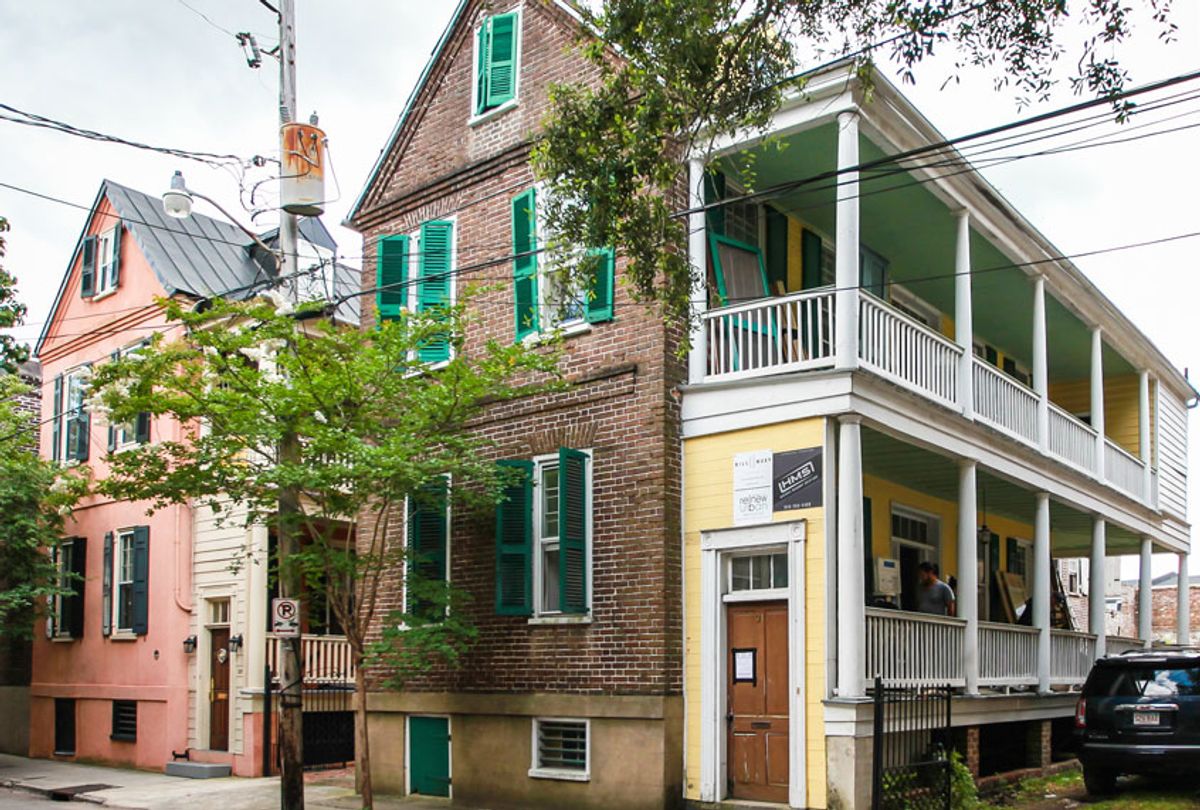 In Charleston, South Carolina, "This Old House" follows the renovation of a "Single House" already under way. (Courtesy of ©Kevin O'Connor)
--

Interior designer Orlando Soria steps into the home of Mike, a single father of two, and declares: “Your house is crazy.” It’s a fair assessment — in the living room alone, there are Grecian columns, animal print rugs and blown glass dolphin figurines.

But this isn’t a typical design show where an outdated home is renovated into an urban farmhouse; this is a new HGTV series called “Unspouse My House.” Soria follows up his critique of the design with an emotional opening: “Tell me a little bit about your breakup.”

“We were married just under twelve years,” Mike explains. “My ex wanted to model; she travelled around the world doing her modeling things. She met someone else and I’m left with all the things that she picked out and left behind.”

The show is kind of a “Queer Eye”-lite, sprinkled with questions Soria describes as “saucy,” like “What did you hate most about your ex’s style?” It’s part-renovation series, part-breakup therapy, and a complete guilty pleasure of mine — one that feels even guiltier when bookended with episodes of “This Old House.”

“This Old House” currently occupies a lot of screen time in my home. When I first met my boyfriend Stephen, he was beginning renovations on a two-story brick house built in 1876. In the year since — one filled with lumber purchases and paint comparisons — I’ve become accustomed to his Saturday morning routine of starting coffee and turning on PBS.

One weekend, early into our relationship, I asked if he had ever learned something from “This Old House” that he ended up putting into practice during his renovation project. “So many times, almost every time,” he said. “I always finish watching and say, ‘I can buy that, I can do that.’”

He’s not the only one. The program’s Facebook page is filled with people who have had the same routine for decades. One commenter wrote: “My husband & I have done Saturday mornings with THIS OLD HOUSE for 30+ years.We've learned a few things along the way, too!”

But despite its decades of quiet but intense popularity — production just wrapped on the pioneering DIY show’s 40th season, which will premiere in October —  “This Old House” has, over the years, become something of an anomaly in the home-TV landscape.

Many of HGTV's shows are built on the personalities and relationships of their hosts: husbands and wives, mothers and daughters, siblings, a pair of best friends who have dubbed themselves the “Flipping Moms.” Some of the shows capitalize on relationships that are inherently fraught. Tarek and Christina El Moussa were the husband-and-wife co-hosts of “Flip or Flop.” After going through a pretty public divorce, they continued filming the show, and now each have their own spin-off shows: Tarek’s upcoming “Flipping 101” and “Christina on the Coast,” which includes scenes of with her now-husband Ant Anstead.

Following course are the hosts of “Flip or Flop Nashville,” Page Turner and DeRon Jenkins, who used to date. Now, alongside articles about 25 incredible living room makeovers, HGTV website readers can explore, “What's the Secret to Working Amicably With an Ex? Flip or Flop Nashville's stars called it quits as a couple—but they just might be real-estate soul mates.”

Meanwhile, the hosts of “This Old House” rarely if ever veer into personal territory, let alone the burnishing of their personal brands; former host Bob Villa left the show when producers wouldn’t allow him to continue serving as a spokesperson for a litany of home construction products.

In a 1989 Chicago Tribune article announcing the news, David Liroff, manager of WGBH-TV in Boston, where the show was produced, gave this very public-media statement: “It is now apparent that the continuation of these commercial activities would be in conflict with the perceived editorial independence of the series and its ability to sustain national and local funding.”

Instead of personally stepping into the spotlight, “The Old House” hosts shine it on the work of tradespeople.

“My role on the show is to not know anything, but to ask the questions of the guys, our experts, who do,” current host Kevin O'Connor told the New York Times. “I'm not actually supposed to get too smart.”

And yet the show is incredibly smart. From resurfacing worn concrete to fixing a squeaky floor, “This Old House” breaks down household projects in easy-to-follow steps. Where a sizable swath of HGTV’s lineup is aspirational — “My Lottery Dream Home,” “House Hunters International” — “This Old House” is decidedly educational.

The split between the two types of home improvement programming seems similar to what has happened in food television over the last decade. While Food Network’s original lineup largely mirrored its “stand and stir” public television predecessors like “The French Chef,” it has since taken a more dramatic turn with competition series like  “Iron Chef” and “Cutthroat Kitchen,” and host-heavy shows like Guy Fieri’s gushing juggernaut, “Diners, Drive-Ins and Dives.”

As a lifelong fan of the “Food Network,” I’ll admit that I was initially frustrated watching the station go through a transition period seemingly preoccupied by nothing but “Chopped” spin-offs.  (Though, as “From Scratch” author Allen Salkin once told me, it’s important to remember that the job of Food Network is not to educate people about food; “Rather, the business of Food Network is to sell you toothpaste and Acuras and every consumer product that pays for advertising. So all the network cares about is eyeballs.”)

But what I came to realize is that the current wave of really smart food media — programs like Netflix's “Salt, Fat, Acid, Heat” and “Ugly Delicious” — probably wouldn’t have been possible without the shows that presented food as entertainment, which were ultimately built on shows that primed audiences for food television with step-by-step culinary education. In the end, there’s room for everything, and food TV just needed some time to sort itself out.

But to its overwhelming credit, “This Old House” has stayed soundly educational for 40 years, which is one of the keys to its enduring appeal. While home improvement television has gone through its various phases — we seem to finally be exiting the shiplap years — viewers knew they could always turn to “This Old House,” and its significant archive, to learn how to install a skylight or lay a pebble driveway. This solid reliability — what all beloved old houses promise, and their caretakers aspire to achieve — ensures the show will continue serve as smart companion to its saucier counterparts for years to come.