Trump wants credit for Ethiopia's peace deal, but Ethiopian officials say the president had nothing to do with it 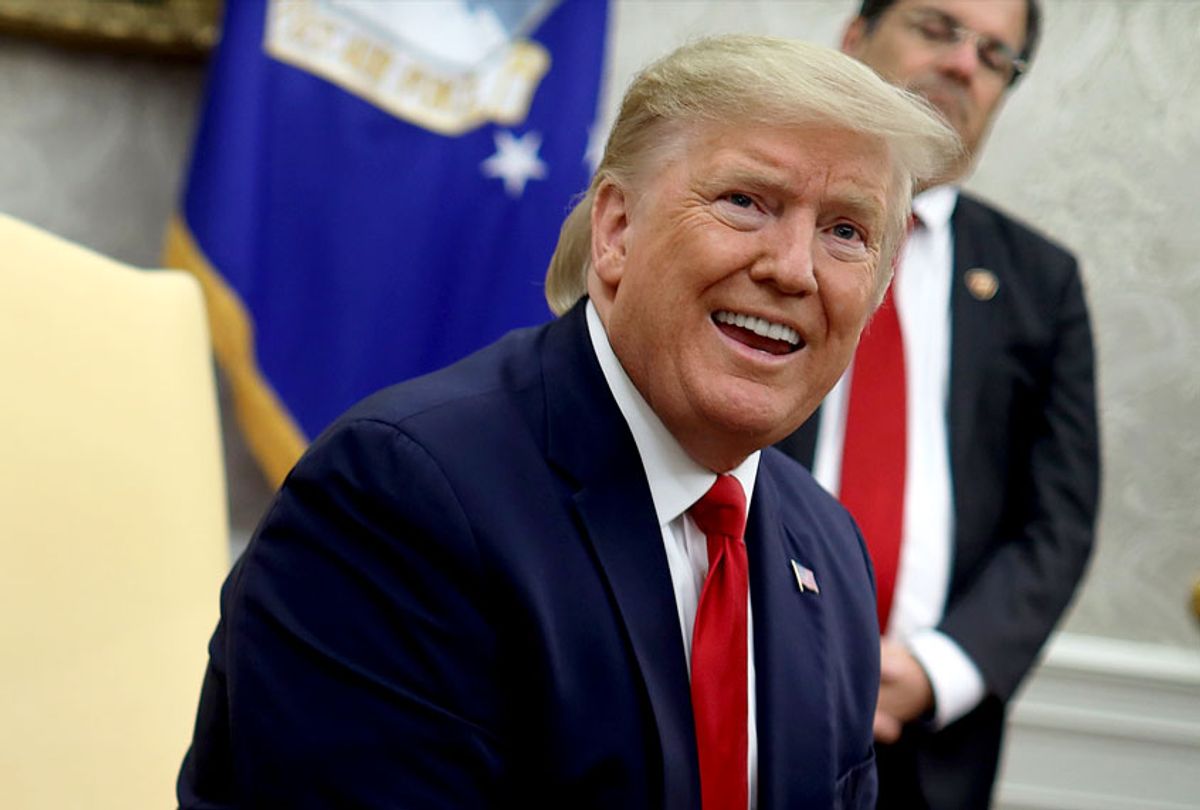 President Donald Trump complained that he was not awarded the Nobel Peace Prize just days after he threatened to commit war crimes in Iran.

Trump spoke at a rally in Toledo, Ohio, on Thursday after walking back his threat to target Iranian cultural sites, which would constitute a war crime.

Trump complained at the rally about the 2019 Nobel Peace Prize, which was awarded back in October to Ethiopian Prime Minister Abiy Ahmed "for his efforts to achieve peace and international cooperation, and in particular for his decisive initiative to resolve the border conflict with neighboring Eritrea,” according to the Nobel Committee.

But Trump claimed that he was the one who actually saved the country.

The Washington Post reported that this would be “news to Ethiopians,” noting that Trump “played no apparent role in the Eritrea peace deal.”

The House Foreign Affairs Committee said on Twitter that “Trump is confused,” suggesting that he confused the Eritrea peace deal with another deal between Ethiopia and Egypt regarding a new dam, which Washington helped move along.

A senior Ethiopian government official told the Associated Press as much.

“He was talking about Egypt and Ethiopia,” the unidentified official said. “President Trump really believes he avoided a war as such . . . but that was not the case.”

“PM @AbiyAhmedAli was awarded the @NobelPrize for his efforts to bring peace to the Horn of Africa, not stalled negotiations about a new dam on the Nile,” the Foreign Relations Committee tweeted. “If they gave the Nobel for deals that didn’t happen, the Pres. would have a shelf full of them.”

Trump has long grumbled about the Nobel Peace Prize, which was awarded to former President Barack Obama during his first year in office.

Trump claimed in May 2018 that “everyone thinks” he deserves the Nobel Prize for his efforts to negotiate with North Korea, which recently fell apart.

Trump later complained about Obama’s Nobel Prize during a speech in the Rose Garden last February.

“They gave it to Obama. He didn’t even know what he got it for. He was there for about 15 seconds and he got the Nobel Prize. He said, ‘Oh, what did I get it for?’” Trump complained. “With me, I probably will never get it.”

Trump also claimed last fall that the committee that gives out the awards was rigged against him.

“I think I’ll get a Nobel prize for a lot of things if they gave it out fairly, which they don’t,” he said during an appearance with Pakistani Prime Minister Imran Khan before turning his attention to Obama again.

“He had no idea why he got it, and you know what?" Trump asked. "That was the only thing I agreed with him on."

Obama received the prize eight months into his presidency for his “extraordinary efforts to strengthen international diplomacy and cooperation between peoples.”