Trump claims he wants witnesses — so let him have them. In exchange, Democrats get Bolton, Mulvaney and Rudy 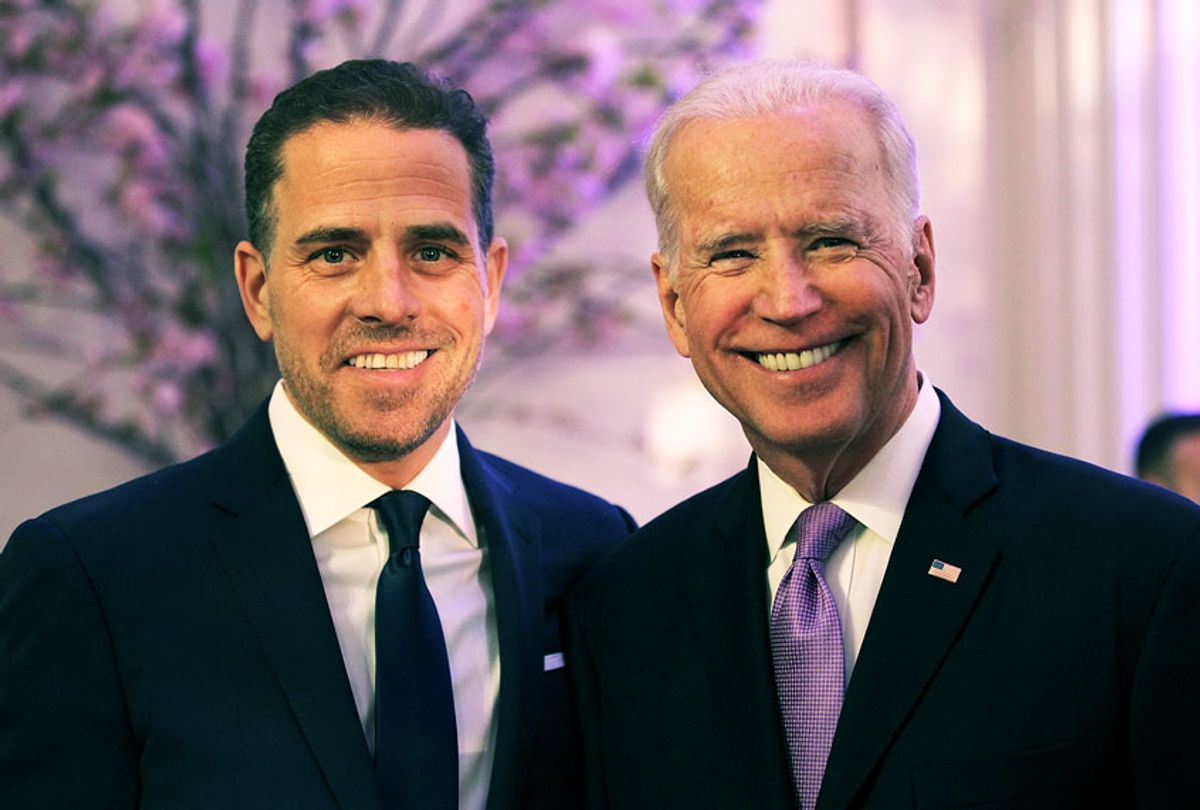 Trump also said he would not object to former national security adviser John Bolton testifying at his Senate trial. “I would have no problem other than we have to protect, we have to be able to protect” executive privilege, Trump said. Bolton had announced his willingness to testify earlier this week, saying in a statement on his website,. “I have concluded that, if the Senate issues a subpoena for my testimony, I am prepared to testify.”

Trump’s invitation to testimony by the Bidens and others came on the heels of his invocation of Hunter Biden at a rally he held on Thursday night in Toledo, Ohio. In the middle of a running commentary on his potential Democratic opponents in this year’s presidential election, Trump suddenly veered off into a crazed soliloquy on Biden’s son.

“Where’s Hunter?” Trump shouted out to his cheering supporters. “Here’s a guy, made no money, got thrown out of the military forces, I think the Navy, got thrown out, had no job, had no nothing. So he went from that to making millions of dollars a year as soon as Sleepy Joe became vice president, right? He made millions of dollars a year! Would anybody in this room do that for millions? I would. We all would.”

In 2014, Hunter Biden was appointed to the board of the scandal-plagued Ukrainian gas company, Burisma, reportedly earning as much as $50,000 a month for his labors. Republicans on the House Intelligence Committee continually called for testimony from Hunter Biden at the impeachment hearings last fall, using the younger Biden as a punching bag in their questioning of witnesses throughout the hearings.

More recently, Sen. Lindsey Graham announced that he is seeking “documents related to former Vice President Joe Biden and his son Hunter Biden’s previous work in Ukraine” from the State Department. Republicans have been going all-in on Hunter Biden since before impeachment was even on the table.

Trump attorney Rudy Giuliani has made trips to Ukraine looking for dirt on Hunter Biden, most recently last December. Upon his return he gave an interview on Trump’s new favorite propaganda pipeline, the One America News Network (OAN), trumpeting spurious “evidence” he claimed to have uncovered. “We have found multiple crimes the Bidens have committed: extortion, bribery, and money laundering,” Giuliani told OAN in the interview, presenting a handwritten document labeled “Bribery (Crime).” OAN went on to feature a document from Latvian prosecutors that presents Burisma as a corrupt corporation and alleges Hunter Biden was involved in money laundering. The document, the authenticity of which is in question, instead showed that multiple countries were concerned about the business behavior of Burisma and were further concerned that Ukrainian prosecutors weren’t doing much to investigate the company.

Every single allegation of corruption by either Biden in Ukraine has been debunked by multiple investigations. No charges have been brought in either the United States or Ukraine against either the father or the son.

Two investigations of Hillary Clinton’s tenure as secretary of state have recently concluded with no charges against Clinton or any of her associates. The Department of State announced in October that a three-year investigation into Clinton’s use of private servers for her emails produced “no persuasive evidence of systemic, deliberate mishandling of classified information.”

The Washington Post reported on Thursday that a two-year Department of Justice investigation into various alleged “scandals” involving Clinton had concluded with no charges or allegations of wrongdoing by the former presidential candidate.

You wouldn’t know that by listening to Trump at his rallies, however. Trump appears to be ready to campaign against former president Barack Obama, Hillary Clinton and whoever wins the Democratic nomination: Right now, he suspects that will be Joe Biden. That’s why he constantly takes such wild swings at Biden through his son, Hunter. He is in the process of turning Hunter Biden into a combination of the elder Biden’s Benghazi and “emails” as he and the right-wing echo chamber pound on his supposed “corruption” in Ukraine. The charges he is pounding on against Biden are no more legitimate than his “lock her up” campaign in 2016 against Hillary Clinton, and yet Biden faces the same dilemma she did back then. How do you respond to a blizzard of blatant lies like that in the middle of a presidential campaign? Hillary was never able to quiet the yapping about her “emails,” and Biden is running the same risk with the spurious charges of corruption against his son.

That’s why Trump’s recent call for testimony by both Bidens is such a fat, juicy pitch over the center of the plate for Pelosi and the Democrats. It sets them up to answer Trump’s rallying cry, “Where is Hunter Biden?” with the answer: Right here, willing and ready to testify at your impeachment trial, along with his father Joe and Rep. Schiff and anyone else you want to call. We’ll give you your witnesses if you give us ours.

Nancy Pelosi should deliver the articles of impeachment to Mitch McConnell with the list of witnesses Donald Trump has personally demanded be called to testify at his trial, alongside the Democrats’ witness list: Bolton, Treasury Secretary Steven Mnuchin, Giuliani, Secretary of State Mike Pompeo and all the lesser figures identified in the recently released email chains about the withholding of military aid to Ukraine that was appropriated by the Congress. McConnell has already said that everything he’s doing about impeachment is being done in consultation with the White House. Well, the White House wants these witnesses? Here they are.

Call his bellowing bluff. Dare McConnell and the Republicans to put Hunter Biden and Adam Schiff on the stand. What have they got to hide? Trump wants his attorneys to question them? Go right ahead. We’ve got a few questions, too.

If Trump takes the bait and calls the Bidens, he will bury forever the chance to use Ukraine as a cudgel against Joe Biden in the election, and he’ll open himself to the kinds of questions he has been stonewalling for months. It would be a win-win for Democrats.

If McConnell stiff-arms even the witnesses Trump himself has called for, “the cover-up will be televised,” as New York Times columnist Michelle Goldberg said on Ari Melber’s Friday show on MSNBC.